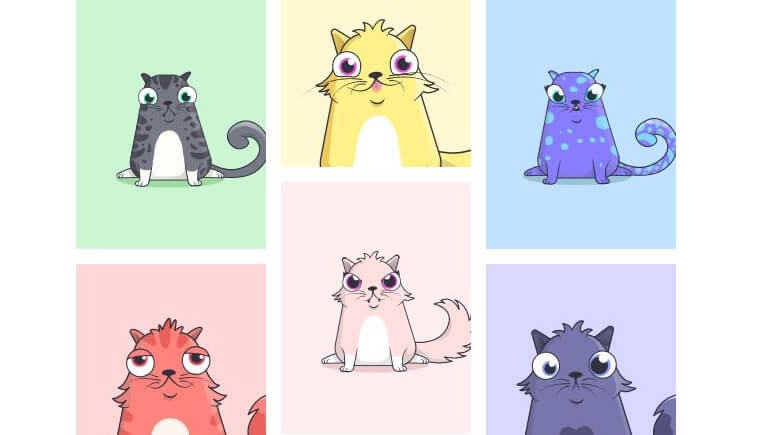 In just a couple of days, game sensation CryptoKitties attracted about $1.3M in transactions over the Ethereum blockchain. The hype is real. #todaymagic

Crypto currency is still going strong. An example of that is CryptoKitties, a digital version of Pokemon cards for Ethereum players. The game was built by Vancouver and San Francisco-based design studio AxiomZen and it was an instant hit with users. In days from its launch, it managed to attract over $1 million by selling kittens for absurd amounts of money. A “genesis” kitten (one that has been in the game from the start) sold for ~246 ETH (around $113,000)! As with all crypto currency, the kittens’ prices fluctuate, the least expensive ones going for a a bit over ten dollars.

What can you do in CryptoKitties? Buy a Gen0 cat released at fixed intervals, breed new ones through Siring or sell your kittens via auction. Users establish the starting and ending price and the more time passes until the kitty is bought, the more it declines. To sire your kitty, you need a partner in crime; depending on your agreement, you can get the offspring or the ether. Through siring, you can obtain new, rare attributes for your kittens, which makes them more valuable in the long run. There’s no central entity controlling the game, so users get to keep their kitties no matter what.

Axiom makes money from the ether collected for the original 100 kitties, plus everything that comes their way every 25 minutes when a new kitty is born and the 3.75% fee claimed from auctions. What do users get? Well, hopefully they can make enough money through transactions that will enable them to cash out quickly…. until the market crashes (because it will sooner or later).

That’s a risk many people are willing to take though. Believe it or not, around 15% of all the network traffic happening on Ethereum network traffic comes from this game, which easily makes it the most popular smart contract there.