OnePlus 6 Finally Revealed! Yes, You Can Hide The Notch 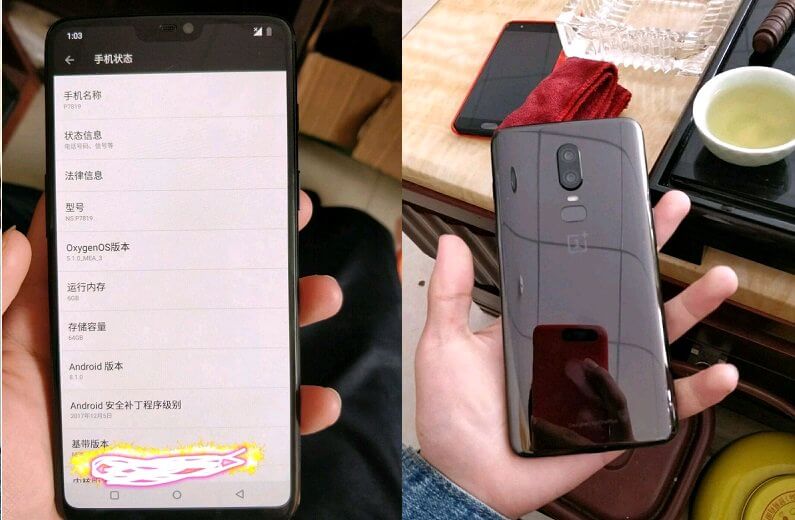 Rather than let leaks about startup smartphone manufacturer OnePlus’s OnePlus 6 linger in the public imagination, OnePlus CEO Pete Lau revealed the key specifications for their new phone on his company’s forum. Both the leaks and official post point to a top of the line smartphone.

OnePlus 6 will come with a whooping 8GB of RAM, a Qualcomm Snapdragon 845 processor, and 256GB of storage. The same reveal also hints at 4K video recording and tentatively confirms the leak about a dual-camera setup on the back with 20 MP camera and a 12 MP sensors. Wireless charging, Dash Charge support, and fingerprint scanning on the back remain unconfirmed.

In the post, Lau also bragged about how fast the OnePlus 6 will be, pointing to the extensive investment into hardware and testing. “Fast is about ensuring there is less than a 1/1000 percent likelihood of your phone freezing, even under constant heavy use. To us, it’s about setting a higher standard,” he said.

Lau also took to the forums to clarify aspects about the OnePlus 6’s screen. Many users want to hide the notch and the company seems willing to oblige, just not right at launch:

“Recently many users have raised interest in having a black-out function. We respect your feedback, and would like to give everyone the ability to choose. This function will enable you to black out the background of the notifications and status bar. It will be added in a future software update released after the launch of the OnePlus 6.”

Here is the phone, leaked by Evan Blass:

You’ve been **cough cough** good sports with this, so I suppose you do deserve /something/. Just remember: #yousawitherefirst pic.twitter.com/AWCHYZKJJE

The smartphone’s launch date has not yet been revealed. Rumors point to an April or May release.