The last 24 hours before Samsung’s great Galaxy S9 reveal have been a whirlwind, but once the official event happened, the crowd at MWC 2018 went wild! #ttllive

No more leaked renders, specs, and trailers, let’s see what all these fine folks have gathered to see at MWC 2018. 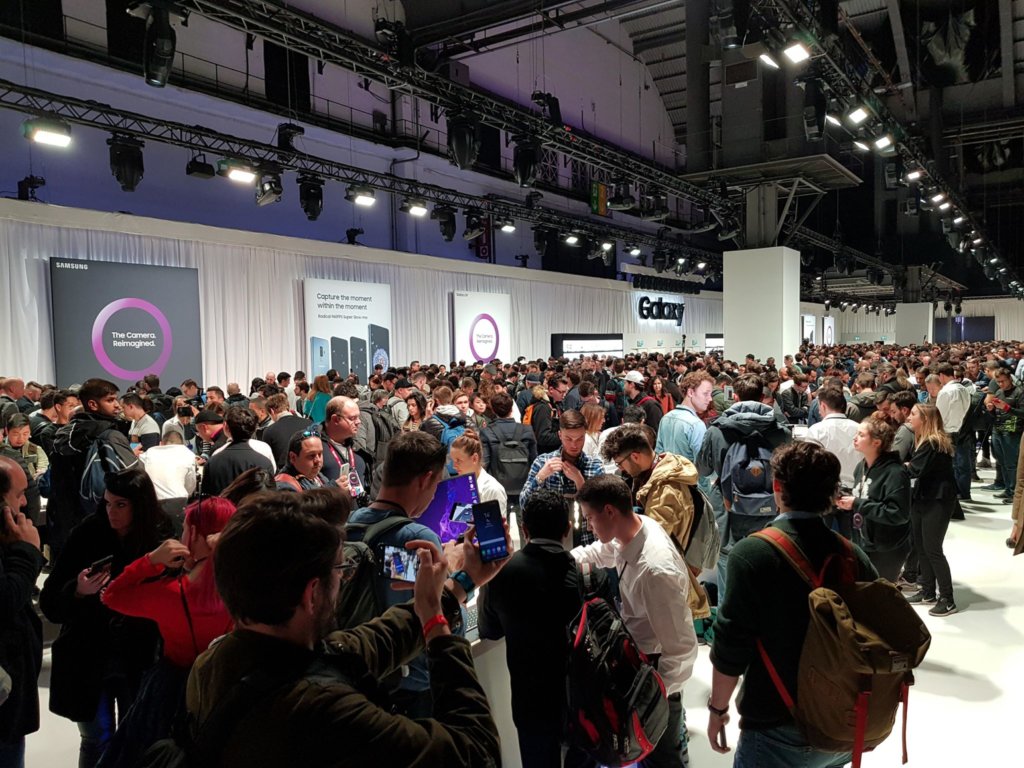 The design remains largely similar to the Galaxy S8 but the fingerprint scanner has been repositioned below the rear camera.
The Samsung Galaxy 9 has managed to reduce the bezel sizes even more, offering a beautiful 5.8-inch QHD+ Super AMOLED display with a resolution of 1440 x 2960.

The camera, as teased, has had a lot of upgrades. The 12MP rear sensor has optical image stabilization with a new dual-aperture technology. In low light conditions, it will automatically adjust to the f/1.5 aperture, a premiere for smartphones. In daylight or strong light conditions, it will set on f/2.4. Check out the images provided by Samsung for the f/1.5 and f/2.4 apertures. #fotomagic

For those passionate about slow motion video, the Galaxy S9 camera can capture at 720p with 960 frames per second!  You can even set a slow-motion video on the lock screen!

On the selfie front, the camera is 8MP and has a f/1.7 aperture, something that will definitely help to turn you into a gorgeous AR Emoji. Yes, the augmented reality feature allows you to take a selfie and make an emoji out of yourself. Well, it’s more like a The Sims character, but it still has great meme potential!

There’s more than a dozen options for clothing, hair, and accessories. Even better, there are 18 pre-built emotions into the AR emoji, so you can always reply with the proper wink.

Bixby Vision Gets Even Smarter

Samsung has upped the game with Bixby Vision as well. You can do live translations by simply scanning pieces of text, point the Galaxy S9 at your plate and let Bixby figure out the calorie estimate.

Of course, there’s also enhanced beauty mode so you can take flawless selfies when you grow bored of AR emojis.

As previously reported, the Samsung Galaxy S9 will have the Qualcomm Snapdragon 845 in some regions and Samsung’s proprietary Exynos 9810 chipset in others. All versions of the phone relying on 4GB of RAM. If you want 6GB of RAM, you’ll have to go for the Galaxy S9+.

In any case, we’re happy to have witnessed the Samsung Galaxy S9 reveal at MWC 2018. We’re even happier that the 3.5 mm headphone jack survived!

Pre-orders are open now in the UK, where the phone can be grabbed at £739, but the US will have to wait until March 1st to place a pre-order, two weeks before the March 16th launch. However, the price is a little lower there, the Galaxy S9 going for $719.99.

What do you think, will you place a pre-order? Or wait for other Android phones to show up tomorrow? Samsung has quite the competition this year, we’ve heard. Who is going to take our breath away tomorrow? Stay tuned to find out!