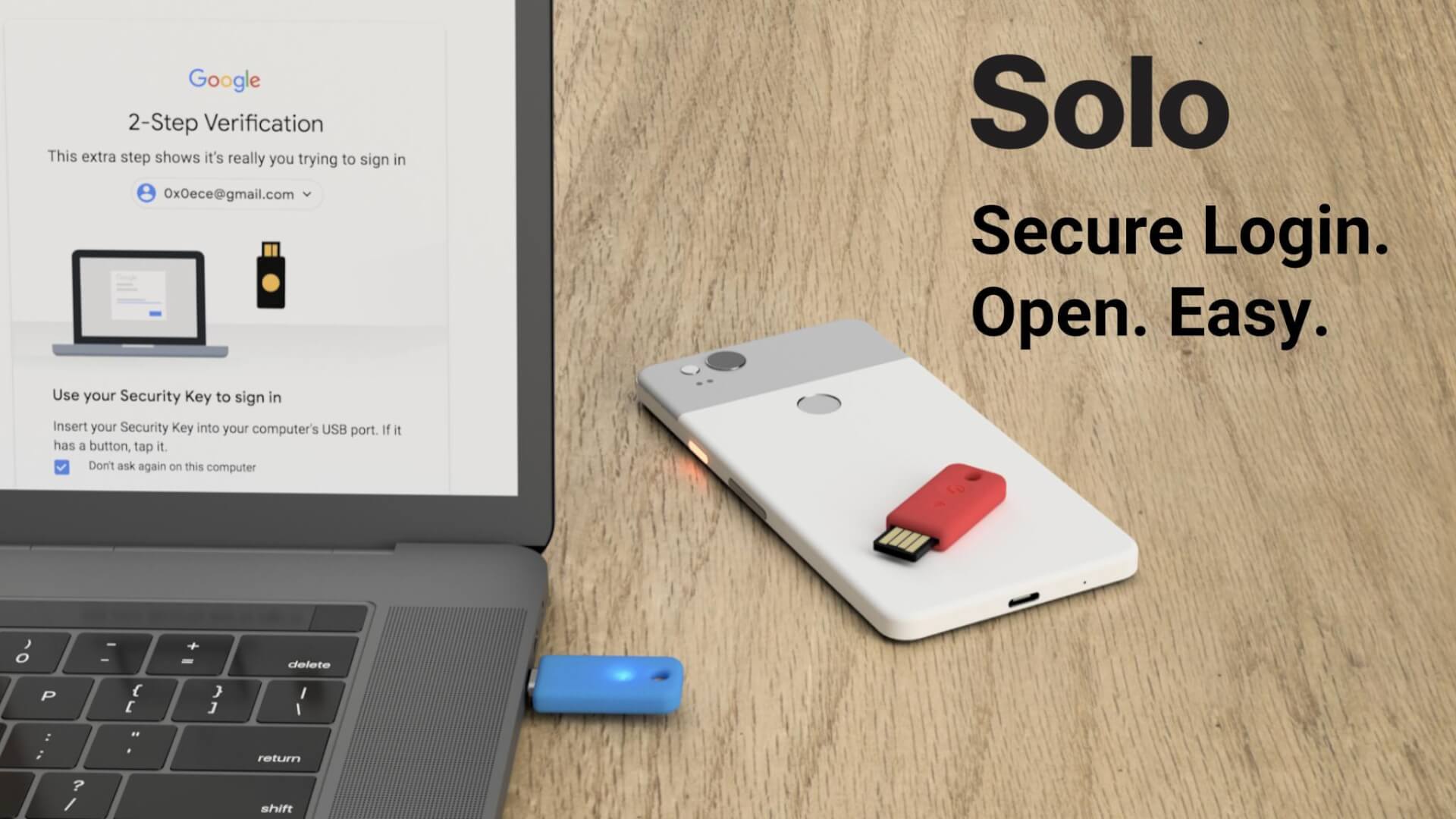 Security experts warned time and time again that, in order to secure your online accounts, you need 2-Factor Authentication. Someone can get their hands on your password but, with another step and another device added in the log-in process, they won’t be able to gain access to your account.

Now, their advice will probably be listened to, since it’s more convenient than ever to get proper security measures in place.

A little while after Yubikey Series 5 debuted, a new Kickstarter rose up, with an even better promise for security enthusiasts everywhere. The Solo is the first security key that not only supports the FIDO2 standard but is also open source.

Because of that FIDO2 standard, you get protection against phishing, one of the most common online attacks that usually ends up in account compromise.

The Solo keys are compatible with Google and Facebook accounts, so you now can get a keychain that can also keep your data safe. With this physical key, you can replace those annoying SMS texts (which also can be intercepted by hackers) or codes generated by yet another app. Just input your password and then tap the physical key and you know you logged into your account in the safest manner possible.

Of course, that won’t be able to fly protect you from massive data breaches like the recent Facebook one but it will thwart a lot of online attackers trying to gain access to your accounts. Even Google said it eliminated the threat of phishing from its company after it switched to physical keys. And not to mention skipping the hassle of putting in extra codes from texts or apps like Google Authenticator.

If you want to support Solo and their open source physical key, you can now grab a regular Solo for $14 or an NFC one, the Solo Tap, for $29, with either a regular USB or a USB-C plug.