EGX Rezzed: What 'Dreams' Is Made of - PlayStation's Upcoming Game Has 'Limitless Potential' 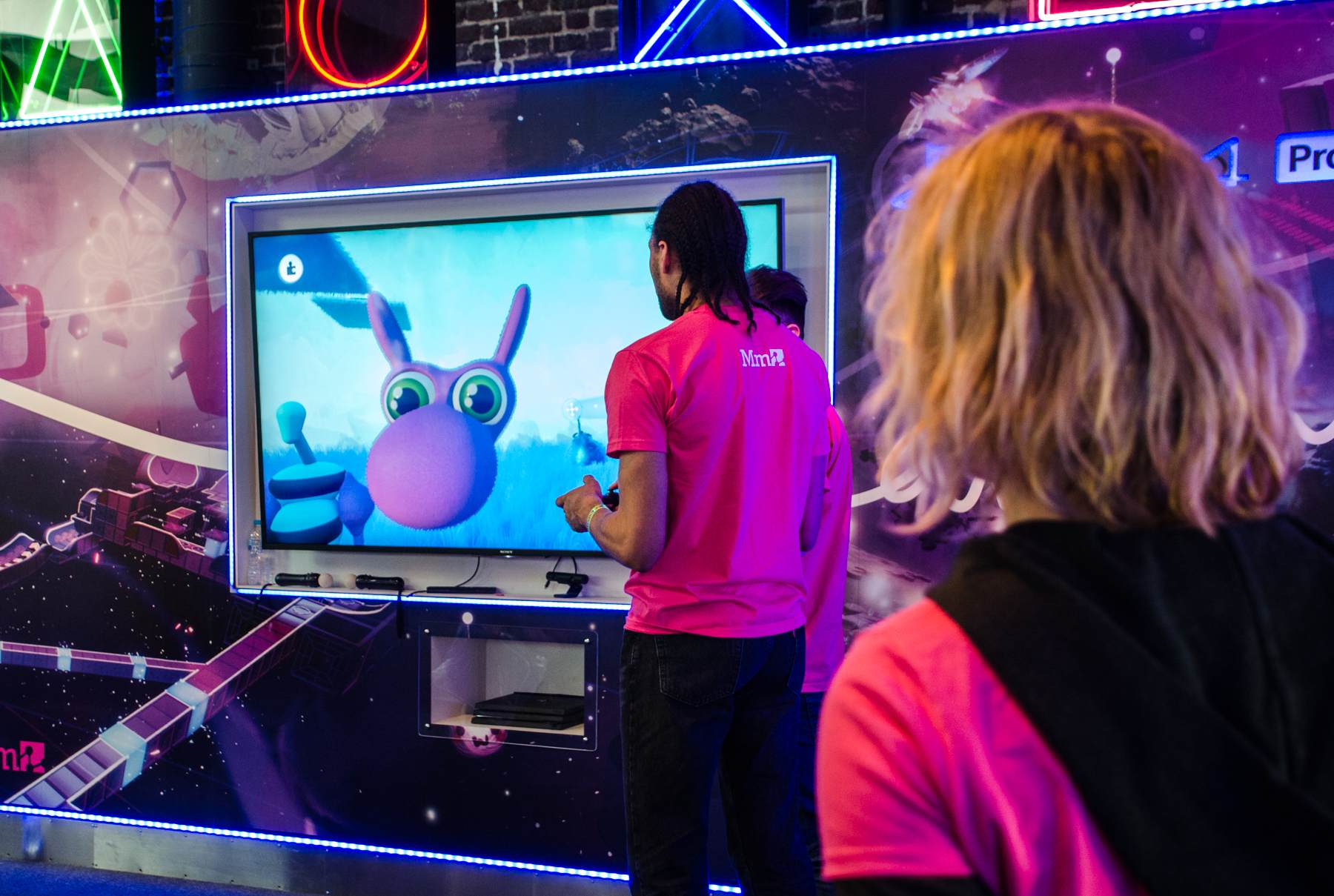 To say that the Playstation booth at the EGX Rezzed, which took place in London, was packed, would be an understatement. With barely any room to squeeze through the door at all times, almost everyone’s attention was directed towards Media Molecule’s upcoming sandbox video game, Dreams.

The game is published by Sony Interactive Entertainment for the PlayStation 4 and allows players to create user-generated content.

You might remember the Media Molecule name if you’ve played Little Big Planet, a puzzle video game that follows the adventures of Sackboy and puts a lot of emphasis on the gameplay instead of the story. Just like Dreams, Little Big Planet‘s main focus was user-generated content.

After running around for a while and missing each other twice, I finally managed to get a hold of Tom Dent, Community Manager for Media Molecule, who told me a few bits about the game and what’s coming next.

According to him, Dreams is the ‘evolution of everything’ the company has done ‘ up to this point’. The game allows you to create ‘whatever you can think of, as well as explore the creations of our community and ours, at Media Molecule‘.

At Rezzed, the company brought in creations from both their own team as well as from the community that took part in the beta testing, which was comprised of no less than 20,000 people, who created over 35,000 things/characters over a period of six weeks.

The Media Molecule team spent most of Rezzed showcasing the media, design, music and animation tools to the curious audience and, while the many controls the team was working through on the main screen looked a little complicated, Dent assured me that was not the case in the slightest: “at the end of the day, Dreams is still a game, so we still made it playable and accessible and fun. All of the tutorials in the game will guide you nice and simply. […] Obviously you don’t need to create, you can just jump in and play everyone else’s creations.”

The players don’t have to do any character creation effort if they don’t want to – if they want to put a level together they can just search the ‘dreamaverse‘.

For example, Dent offered, if the users want their character to be a tree, they just need to search for it and the results will show them all the creations from the Dreams community and Media Molecule that involve trees, which the users can subsequently add into their level of choice.

Dreams also can help you create audio tracks and, just like mentioned above, if the users don’t feel like creating any themselves, Media Molecule already has a handful that they can use on their levels.

We absolutely want to inspire the next generation of game developers because that’s obviously important to our industry. But we want it to be as accessible and as fun to absolutely anyone.

Media Molecule is launching an Early Access for Dreams on the 16th of April which will have a load of their creative tools as well as creations from the team, in addition to what Dent called ‘a robust amount of tutorials’. Plus, the users will also get help from master classes from their creative and art directors and many more, which will help the players find their way around creating their very own unique characters and worlds.

While Media Molecule has developed an entire campaign story with their tools, that will not be a part of early access, unfortunately.

Early Access will open on the PlayStation Store and, of course, the places are limited on a first come, first serve basis but, according to Dent, the ‘limit is a big number’ and, considering Media Molecule had a number of 20,000 people for the beta, the Early Access will be even bigger than that.

Dreams Early Access will be available in the US, Canada, Australia, New Zealand and Europe.