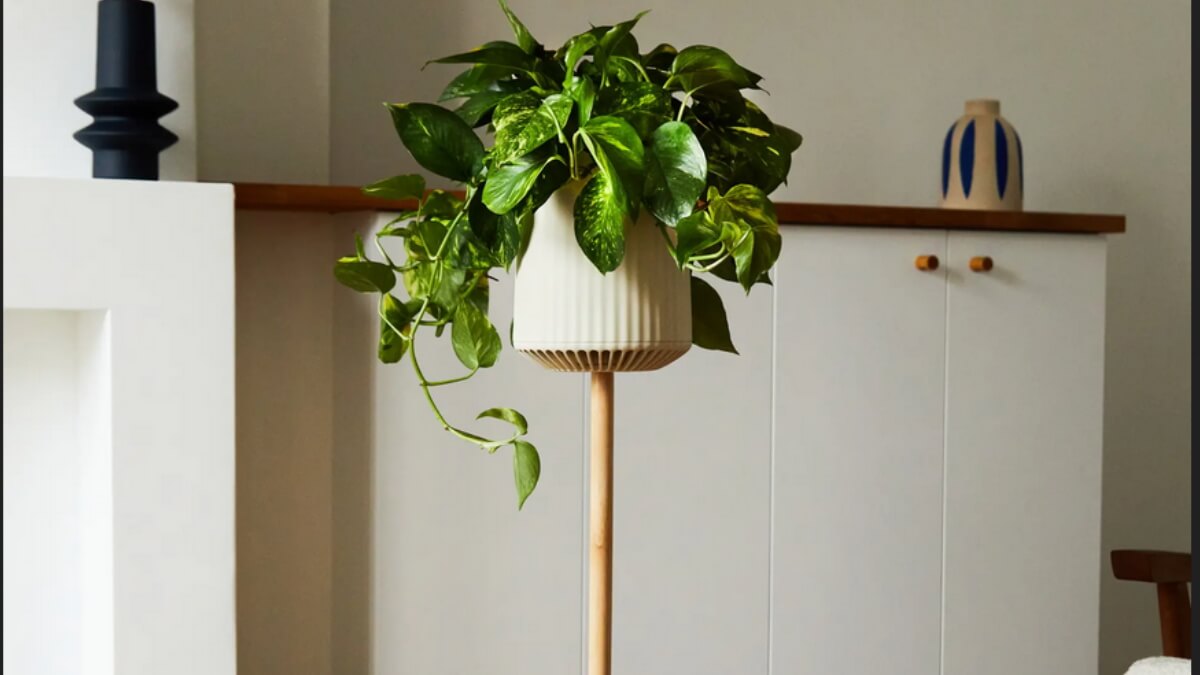 You can get a decently-priced and aesthetically pleasing air purifier from Ikea but, thanks to genetic engineering, your plant babies could do the work of filtering your air to remove VOCs.

Meet Neoplants, a startup that just introduced the first genetically-engineered plant that can filter as many volatile organic compounds (VOCs) as 30 other plants famous for their filtering capabilities.

This Neoplant looks like a Pothos, a popular choice for plant lovers everywhere, also known as “devil’s ivy”.

Actually, it is a Pothos, just one that was genetically engineered to be as good as 30 NASA-approved plants that act like air purifiers. This Pothos is called Neo P1 and can be yours for $179 – an eye-popping sum but that’s to be expected considering what it does.

It’s also worth noting that the Neo P1 also comes with a self-watering stand, called the Neoplants Shell, and only needs watering once a month during winter and once every two weeks during summer. Considering the low maintenance and its functionality, which is essentially that of an air purifier, $179 does sound like a fair price.

Since VOCs are molecules coming from most synthetic materials, from paint to building materials, cleaning supplies and even furniture, air purifiers have a hard time filtering such tiny particles – but not plants, which can absorb and metabolize them with ease.

A NASA report from 1989 indicated that plants can be a helpful weapon for indoor pollution and named a few species that are particularly efficient at removing VOCs, like peace lilies, spider plants or devil’s ivy.

Now, the Neoplants startup took one of those plants, popularized by NASA’s recommendations, and boosted its capabilities 30x, hence the high price tag on the Neo P1.

To assuage fears of potentially releasing an invasive species, the engineers from Neoplants say that they only tinkered with the parts of the genome that handle air purification. Specifically, they modified the microorganisms in the plant’s roots. They inserted genes from extremophile bacteria that eat toxic chemicals to boost the plant’s ability to metabolize pollutants.

“We don’t give a selective advantage to the plant. We don’t make it grow faster, we don’t increase its resistance to pesticides,” said Patrick Torbey, the chief technical officer of Neoplants, reassuring potential buyers that “we’re not touching any of that.”

Neoplants plans to apply the technique to other plants in the future but didn’t share what species they’ll engineer next. Fortunately, they say in their FAQ they’re working to release a pet-friendly option in the future.

Since the Neo P1 pothos plant shares the same characteristics and needs of the original plant, it isn’t a plant baby you want around your fur babies.

They also have a countdown timer on their website for their next announcement, which will hopefully be a new plant, and that ends in about two months. You can sign up there for the newsletter and be among the first to receive the news.

Also read: You Might Consider Replacing Your Houseplants With These Algae-Filled Orbs