You Might Consider Replacing Your Houseplants With These Algae-Filled Orbs 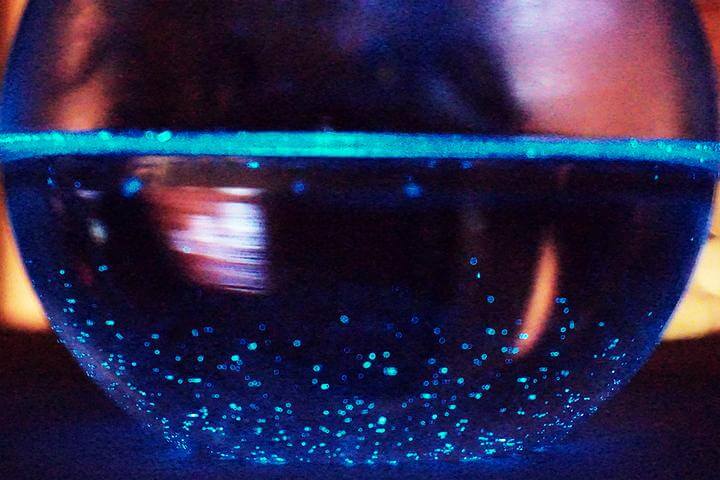 Houseplants can really give a home its own personality but most of us don’t really have the time to care for them properly and sometimes even our homes themselves prove to be unhealthy environments for them.

So, what do you do if you really want to have a plant or two around but you know for a fact your trash bin’s already buried at least five plants? Maybe some bioluminescent Bio-Orbs from Pyro Farms will do the trick.

PyroFarm CEO Dean Sauer is a plant physiology major at the San Diego State University and his initial project actually included doing something with mushrooms but, thankfully, it was the algae idea that took shape.

Pyro Farms offers hand-blown glass spheres filled with tiny living algae, more commonly known as dinoflagellates that illuminate when they’re swirled around – you might have heard of similar beaches that light up at night thanks to these algae.

They are part of the Phytoplankton world at the bottom of the oceanic food chain, who also happen to be responsible for a good portion of our oxygen.

These algae don’t need to be watered in certain amounts, placed in and out of the sun depending on their own specific needs and you don’t need to groom them either.

It’s actually extremely simple: all you have to do is place the Bio-Orb in a location that receives either low or moderate light during the daytime and forget about it until late at night when the orb will surprise you by lighting up in all its bioluminescent glory when you swirl it gently.

If you order one, the Bio-Orb will arrived bundled in with 200ml spout pouch of dinoflagellates, a 4-inch hand blown glass speher with a silicone stopper, 100ml of DinoNutrients and a ‘flat bottom’ glass Orb with a similar silicone stopper as the Orb.

The package should be opened upon arrival, according to the instructions on the company’s website.

It worth noting that, though they are more commonly perceived as ‘plants’, Sauer said that they “like to think of them as pets. They are living organisms.”