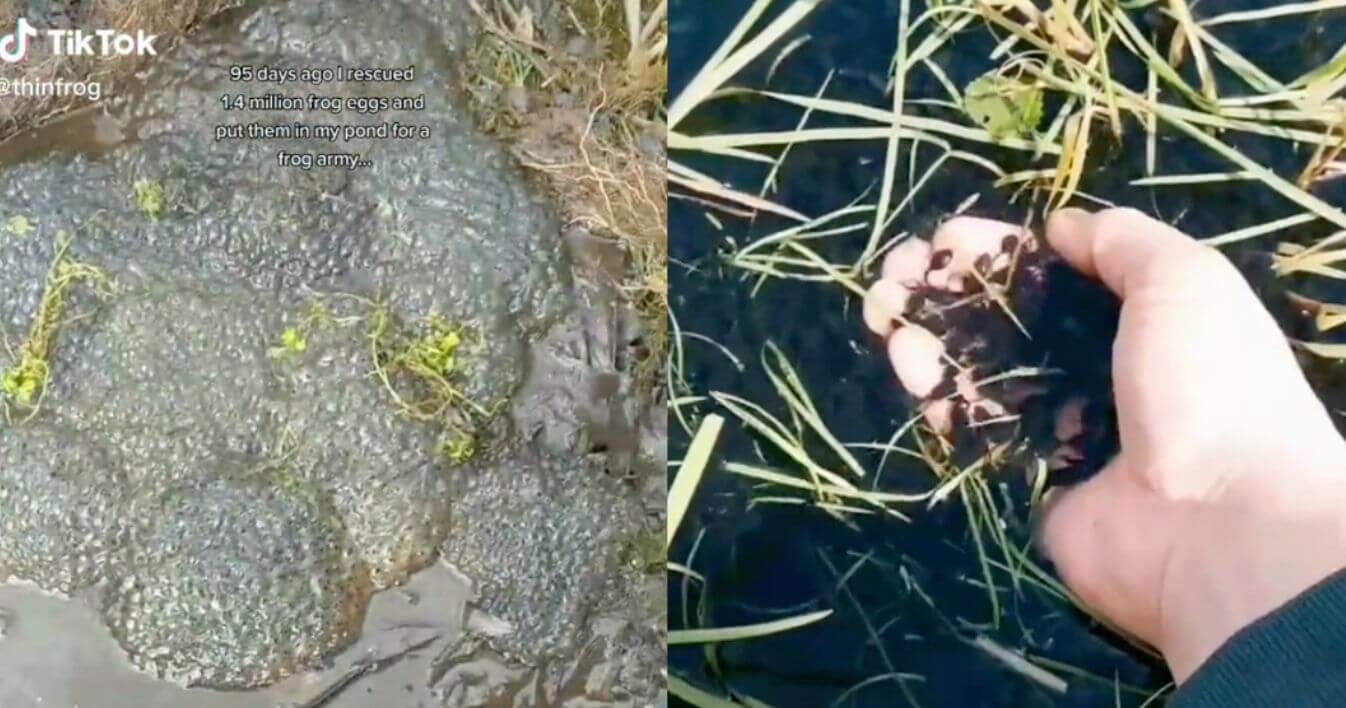 Another day, another way TikTok users are chasing clout – but this time with the potential for doom.

Two popular TikTok videos, ‘frog army’ and ‘ladybug army’, viewed more than 62 million times, could have a grave ecological impact, according to a report published by The Guardian.

The outlet saw the two videos, in which users released an incredible amount of animals into the wild, and reached out to experts to see if the stunts could do harm.

“Instead of helping, [These TikTok users] are actually hurting the animals they’re releasing and all the animals in the environment that they’re releasing them into – it’s creating a vector for disease and invasive species,” said Tierra Curry, a conservation biologist at the Center for Biological Diversity.

For those who missed it, the TikTok Frog Army video was a viral video where its maker noticed some eggs in a shallow pond, then decided to gather more in order to build a “frog army”.

I wanted to create the largest frog army in history,” he said in one video, adding that “Next year I will create a giant pond for 10 million frogs.”

A similar stunt, the Ladybug Army, went viral on TikTok. Its creator claimed they released 100 million ladybugs in Central Park in New York city. The creator also claimed he was sued in response and fled the US, though The Guardian could not verify any of the claims.

Either way, the TikTok videos could also inspire others to release animals outside their habitat in the hopes of drawing attention and building a larger social media following.

You’d think you don’t need a scientist to tell you that’s a bad idea but here we are, in a world where Tide pod challenges were also a thing.