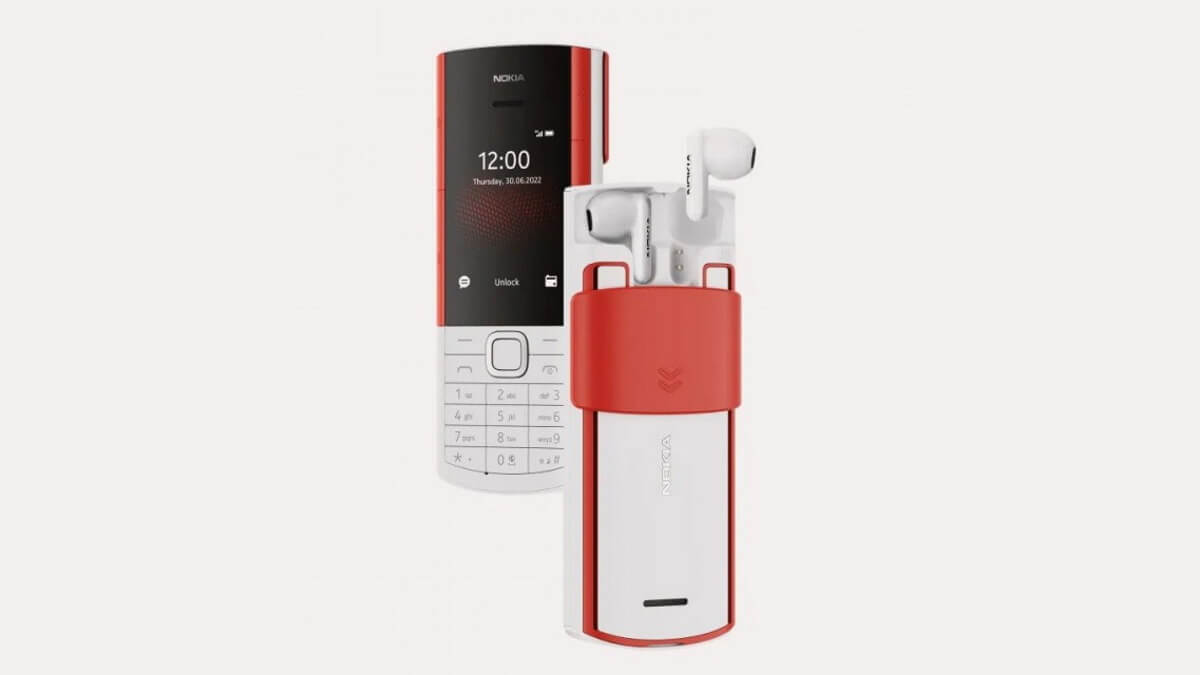 Nokia really has leaned into the classic phones with a modern twist, perfect to use as a burner phone or offer as a gift to the elderly.

Case in point: the new Nokia 5710 XpressAudio, a phone that features both built-in wireless earbuds and a headphone jack, for those who like wired headphones.

While from the front, the Nokia 5710 XA looks like a phone from the late 2000s, the back features a charging case that houses two tiny wireless earbuds.

It’s a great spiritual update to the Nokia 5710 XpressMusic from 2009, even though the design was moved away from the MP4 player-style and kept on a tamer note.

Those earbuds can be used with the phone itself, which lets you store up to 32GB of tunes via the microSD slot or FM radio. Yes, no Spotify here, but considering this is a “dumbphone”, this isn’t really a drawback.

You can also use the Nokia earbuds with any other device via Bluetooth, so the whole Nokia 5710 XpressAudio also makes a lot of sense as a secondary device.

As for the rest of the Nokia 5710 XA specs, they’re once again a seriously classic combo.

There’s no keywords like “Snapdragon” or “AMOLED” here. Instead, expect a 2.4-inch QVGA color screen with audio controls on the side.

On the back, near the buds, the phone also has a VGA camera.

Oh yeah, and one last classic that definitely needs to make a return on smartphones: a removable battery.

The Nokia 5710 XpressAudio has a 1,450 mAh that’s removable, so you could kick it oldschool and have another backup battery to swap out whenever the main one drains.

Nokia 5710 XpressAudio will launch in white/red and black/red combos, with matching earbuds.

The Nokia 5710 XpressAudio will go on sale later this month for €69.

Online Museum Celebrates The History Of the Mobile Phone