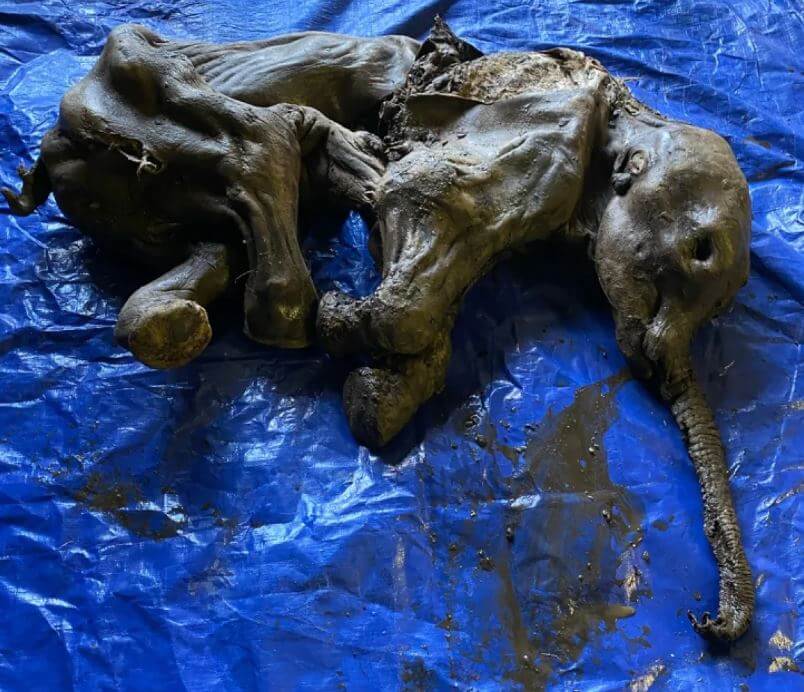 “I don’t know how to process it all right now, to be honest with you. It’s amazing,” said Dr. Grant Zazula, the Yukon government’s paleontologist.

He’s talking about a discovery so rare, it only happened once before.

On June 21, on National Indigenous People’s Day, a miner working in the Treadstone Mine at Yukon’s Eureka Creek discovered a frozen baby woolly mammoth.

The previous finding was in Siberia, Russia, in 2007.

“She has a trunk. She has a tail. She has tiny little ears. She has the little prehensile end of the trunk where she could use it to grab grass. She’s perfect and she’s beautiful,” said the researcher.

Looking at the pictures, it’s hard to disagree and even harder to remain unimpressed.

The baby woolly mammoth has a cute name to match:  Nun Cho Ga, which translates to “big baby animal” in the Trʼondëk Hwëchʼin’s Hän language.

The experts think the baby might have been eating grass and looking for water when it separated from her mother and got stuck in the mud.

Because she lived during the last Ice Age, thanks to permafrost, her remains have remained intact for humanity to find many millenia later.

As CBC Canada reports, after the baby mammoth was found, the tiny creature was brought to a place to be blessed by the Tr’ondëk Hwëch’in elder members. They, alongside the government, will make sure her body will be treated respectfully as they try to learn more about where it came.