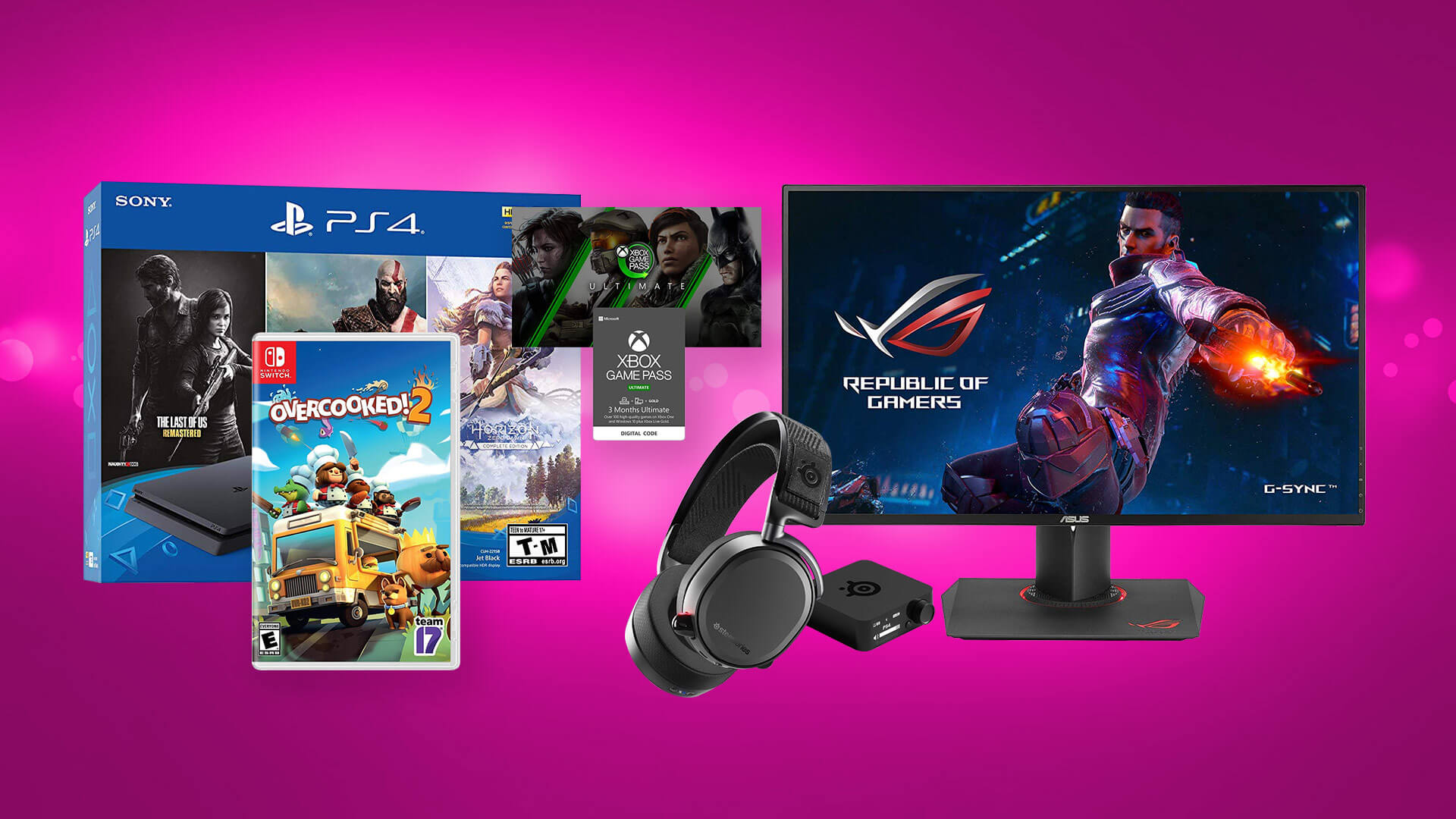 2019 was one of the best years for gaming yet. If you or a loved one haven’t been keeping up with all the great games and accessories that came out this year, this holiday season might be a good time to treat yourself.

Here’s some of the best gaming related items you can get this holiday season:

Typically, I would advocate avoiding gaming subscriptions; while you get the option to play multiple games often for a relatively cheap cost per month, it is overall not a great system. In the long run, you could end up paying more for these services (and the hidden additional costs) than you would otherwise while also owning nothing for resale or nostalgia.

On the other hand, buying a system now (if you don’t already have one) might not be the best option. The Xbox Series X (Project Scarlett) and PS5 have been announced for the 2020 holiday, and there are rumors that Nintendo could be releasing their half-generation console soon.

Thus, if you want to play recent releases while saving up for the new generation of consoles, a short-term gaming subscription is probably your best bet. And in the market, Xbox Game Pass Ultimate is probably your best option. Not only can you play a wide selection of Xbox games on both console and PC, available games include both classics (Halo Master Chief Collection) and new releases (Outer Worlds). This holiday season, Xbox is also offering 3 months for $1, with “1 month of EA Access, 3 months of Discord Nitro, and 6 months of Spotify Premium.”

Why you would pick this: You enjoy PlayStation exclusives more and the cost per month ($9.99) is cheaper.

Why you would pick this: You own a Nintendo Switch already and want to play classic NES and SNES games. It also is only $20 a year.

What not to get: Google Stadia

Why not: Google Stadia isn’t in a great place right now, with its streaming service not quite matching up to its lofty promises. Additionally games offered on Stadia are often more expensive on this platform than on other game streaming services or even physical. It may eventually live up to the promise, but holding off for now might be the best option.

If you truly are looking to get a console, look no further than the PlayStation Slim Bundle offered on Black Friday. Retailers are still selling the bundle, though for an elevated price of around $250 rather than the Black Friday offer of $199, but it still is a steal regardless. Included in the bundle is the PlayStation Slim, and 3 games (The Last of Us physical, digital codes for God of War and Horizon Zero Dawn). Given that the PlayStation 4 alone comes in around $250-$300, and doesn’t include these 3 classic and well received titles, this bundle is probably the best you’ll find for any major gaming platform. Given that the PS5 has been reported to be backwards compatible, you’ll still be able to play each of these 3 games on the next generation console as well.

Why you would pick this: For $199, the Nintendo Switch Lite gives you access to the vast (and growing) catalogue of Nintendo games. Given that Animal Crossing is slated for release in 2020 and potentially, though unconfirmed, Breath of the Wild 2, Metroid Prime 4, and Bayonetta 3 as well, the investment of getting a Nintendo Switch Lite will definitely pay off.

What not to get: Xbox One X

Why not: Xbox’s exclusive this generation weren’t as strong as Nintendo’s or Sony’s, meaning getting an Xbox One X this late in its lifespan will likely not pan out to many new/exciting games in the next year. If you can wait it out, save the money for the Xbox Series X in Holiday 2020. Or just get item #1, an Xbox Game Pass Ultimate subscription.

Often larger and better resolution than a PC, but having faster refresh rates and taking up less a computer, a gaming monitor is a great compromise between playing games on your computer or having to go out a buy a TV. Given the market for gaming monitors, it might seem hard to figure out what’s right for you. Generally, when looking to purchase a new gaming monitor, you’ll want to consider the following:

Given these main factors, the ASUS ROG Swift PG279QZ 27” Gaming Monitor offers a compromise in all categories. A 1440p screen with a 165Hz fresh rate, the ASUS gaming monitor will look good and be powerful enough for almost all gaming situations. Its 27-inch screen does not take up too much space, but it also is a large enough screen for maximum viewing.

Additionally, it comes with NVIDIA G-Sync technology which helps prevent screen tears, smoothing out game play even further. It also comes with a DisplayPort 1.2, HDMI, and USB 3.0 ports for all gaming accessories.

It is, however, on the pricier side of budget models. But what you’re paying for is an elevated gaming experience.

Why you would pick this: If you want a higher refresh rate (240Hz) but don’t care as much about resolution (1080p), this model comes out to less than the Asus. It also includes advanced gaming features like G-Sync and Adaptive-Sync (reduces motion blur).

While this gaming headset has been around for a little while, it still ranks as one of the best premium headsets around. Comfortable, but powerful, the Arctis Pro Wireless with lossless, high fidelity audio necessary to fully enjoy the audio landscape of any game.

It also comes with DTS Headphone:X v2.0, meaning in high intensity situations, you’ll be able to track down exactly where an enemy is based on spatial audio. A cool $329.99, these headphones are definitely costly, but worth every penny.

Why you would pick this: Logitech is a trustworthy name when it comes to gaming. The G Pro X Gaming Headset comes with exception sound (DTS 7.1 audio codex) and incredible mic technology (Blue VO!CE). For $129.99, these headphones won’t completely break the bank, but will give you the premium audio you’re looking for.

This list so far has mostly been tech and services for a gamer, but the key to gaming is the game itself. This holiday season, why not get a game perfect for you, your loved ones, and your whole family to play together.

Overcooked 2 is a fun and hectic game accessible to gamers of all competencies. It’s a great way to get to know each other, but also unleash your competitive drive as you work together to complete wacky and goofy challenges. A party game for sure, this will bring smiles, laughs, and some sweat to any holiday party.

Why you would pick this: Still a game that can be played co-op, this game is definitely more challenging and less accessible to people who don’t game frequently. But it’s also an experience worth having, one that will feel rewarding every time you conquer a boss.

Why you would pick this: Several games for the price of one, these games are often less traditional games and more laugh sessions. Everyone playing comes up with jokes, punchlines, business pitches, etc. that are voted on anonymously. Jackbox Party Pack mediates real world interactions, similarly to how Apples to Apples might.