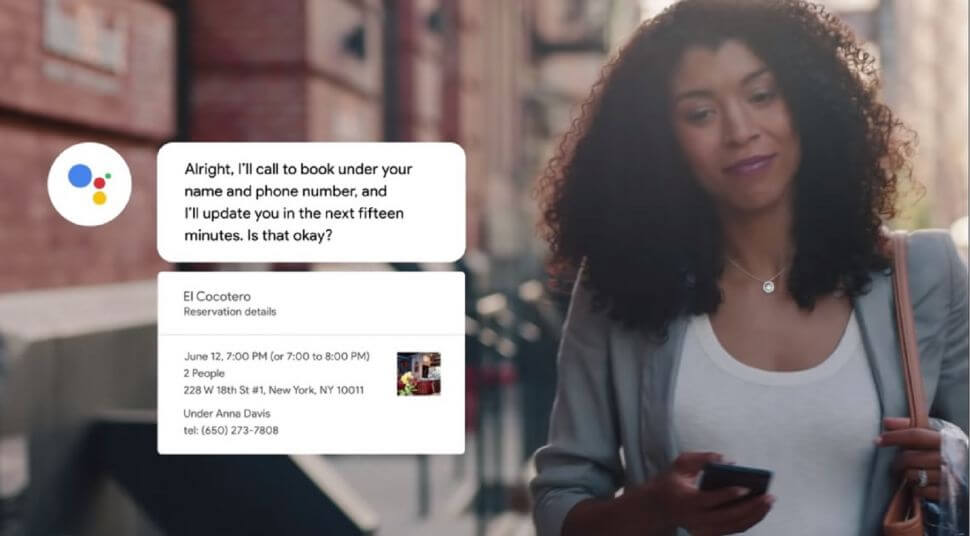 Google Duplex is the Google Assistant extension which the users can set up to call businesses such as restaurants, salons and the like for them and make reservations and appointments in their name.

How does it work? Quite easy actually and it will do most of the hard work for you.

All you have to do is ask Google Assistant to look up whatever business or restaurant you want. Then, it will prompt you to say if you want it to make a reservation or appointment on your behalf. If you answer “yes”, it will request more info such as the number of people the appointment or reservation is for, the time of the reservation, if it can modify the time on its own when that timeslot is not available, and so forth.

Afterwards, the Assistant will make a call in your place using text-to-speak and will insert all the necessary ‘umms’ and ‘aahs’ we humans often involuntarily sneak into casual speech. Because it sounded so eerily human, the feature caused some controversy when it was showcased for the first time, which prompted Google to get the Assistant to identify itself as an automated voice calling agent before it initiated a conversation.

The feature was introduced during the Google IO 2018 and debuted on the Pixel phones towards the end of the same year. In all this time though, the Duplex was only available to a limited amount of users, in only four U.S cities.

According to XDA Developers, Google has now begun to roll out the feature to iPhones and other Android devices. Android users with version 5.0 or above and iPhones that have Google Assistant already installed will be able to now use Duplex in 43 states.

At the moment, Google has not announced any plans to take Duplex out of the U.S.