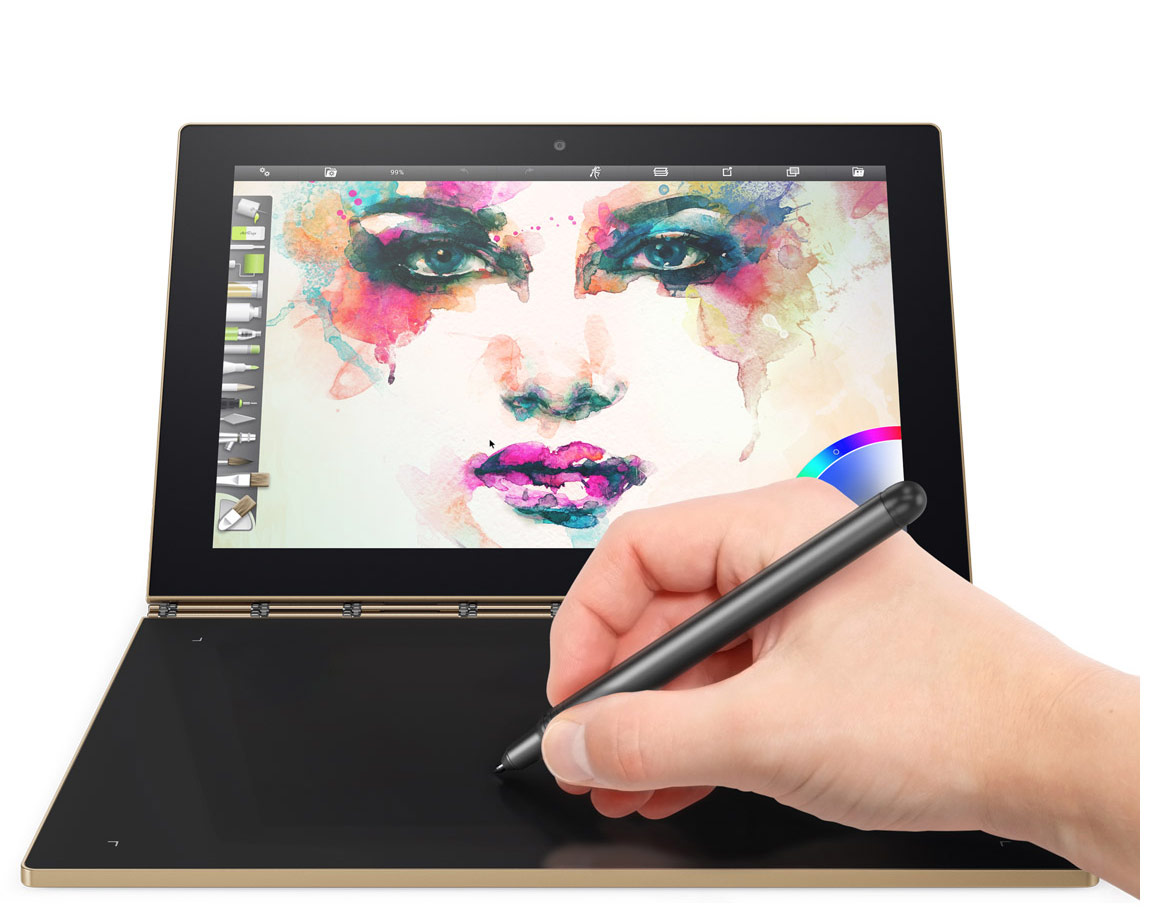 Lenovo achieved a new record in matters of product thickness as we found out from IFA Berlin. Their tablet/laptop YOGA Book is just 0.38-inches, meaning it’s the thinnest laptop in the world #hardwaremagic

Sucha a performance requires something out-of-the-box like a touchscreen keyboard. Instead of producing the thinnest keys available, their 2-in-1 gave up on them entirely. Instead, you can write away on a Halo Keyboard; it’s kind of the same thing as a tablet one, only it looks better, feels rougher and best of all, is entirely separated from the display, so you can still take advantage of it.

When you’re done typing and switch to more drawing, a press of a button shuts down the illuminated keyboard. On that side, you can now draw with the special stylus included or any pen with real ink if you just lay down paper. Traditional notes are digitized automatically before your eyes!

This year’s the best of two worlds has a 10.1-inch, 1980 x 1200 display, Intel Atom processor, 64 GB of storage with microSD support, 4G LTE capabilities and 802.11 AC Wi-Fi. In the 13 hours of battery life you can take selfies and shoot video two with the front and rear cameras.

How much money for a kickass hybrid device? YOGA Book will sell for $500 Android version and $550, Windows 10 version at the end of October.