The LG Show You Had To See To Believe - TechTheLead

LG outdid itself at the beginning of this fall with a gorgeous installation and a product that will make you rethink your… kitchen. Both were unveiled this year at IFA. You might have heard of them but you had to be there to believe them: the OLED tunnel and the Windows 10 fridge. #objectmagic

For some time now, we’ve felt that technology is slowly reaching a point where it will be “indistinguishable from magic”, like Arthur C. Clarke said. The advancements made in the mixed and virtual reality are one aspect of it; the other is the power technology gives us to entertain, as if we’re using magic. LG demonstrated it better than anyone this season, when it created a stunning tunnel on the grounds of Messe Berlin from OLED displays. I couldn’t help but feel small under the 15m arch created by the South Korean manufacturer. 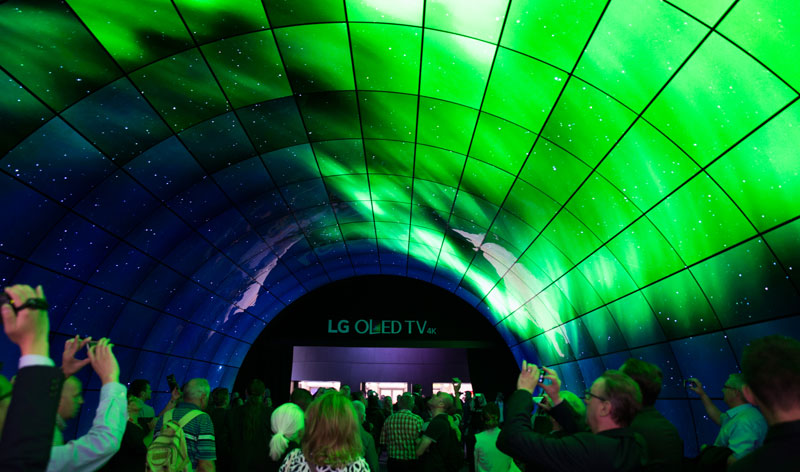 They used 216 pieces of 55-inch curved displays to cover the 5m tall, 7.4m wide space under which people watched in wonder the cosmos, the Northern Lights or even whales in the ocean. It was like being in a huge aquarium and observatory in the same time. Everyone was walking in a daze, eyes in the “sky”, some filming, others spinning, all of us bumping into each other. 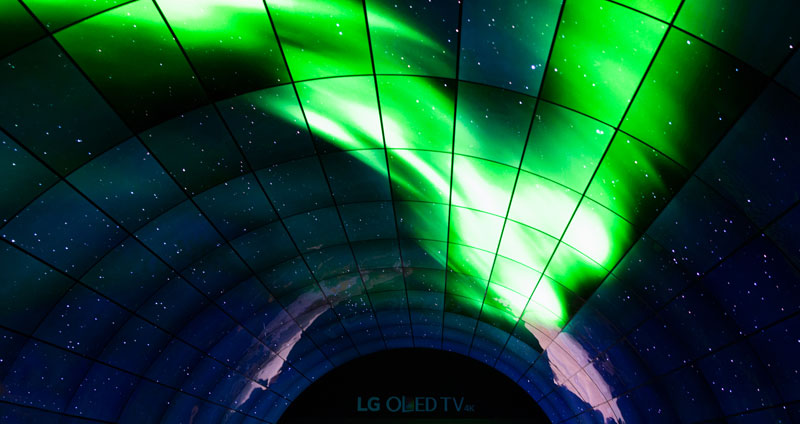 Nearly half a billion pixels (447,897,600) contributed to this beautiful illusion that took the event to another level. OLED displays can be bent and curved in this way because they are very flexible and light.

But LG didn’t stop there. Another attraction of this modern “museum” was a smart fridge with Windows 10 access. On a 29-inch touchscreen, you could see the weather forecast, play music, use Cortana and install various apps you’re into right now. The display was completely functional and translucent, so you could see the food while sending e-mails. 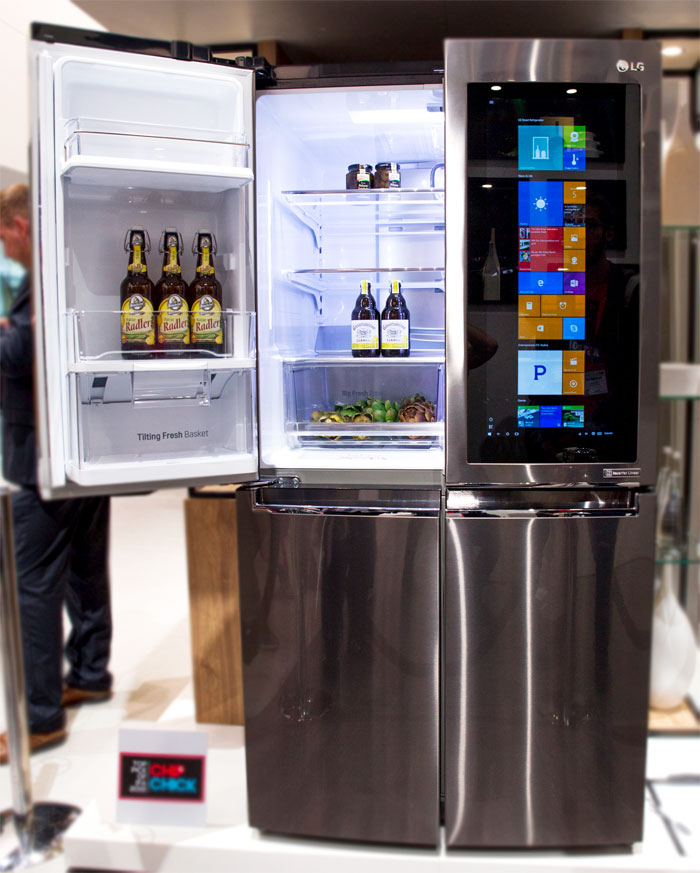 For those of you grew up with a TV in the kitchen, this can be the next step to entertaining while cooking. In fact, I guess the fridge might come in handy when you want to check news, cook in the same time as chefs on YouTube or put music while arranging the table.

That said, the only thing that will discourage early adopters will probably be the price. A fridge with an Intel Atom processor and 2GB of RAM will not come cheap. We’ll have to wait for an official price a little bit longer, as the Smart Instaview Door-in-Door fridge launches later this year.