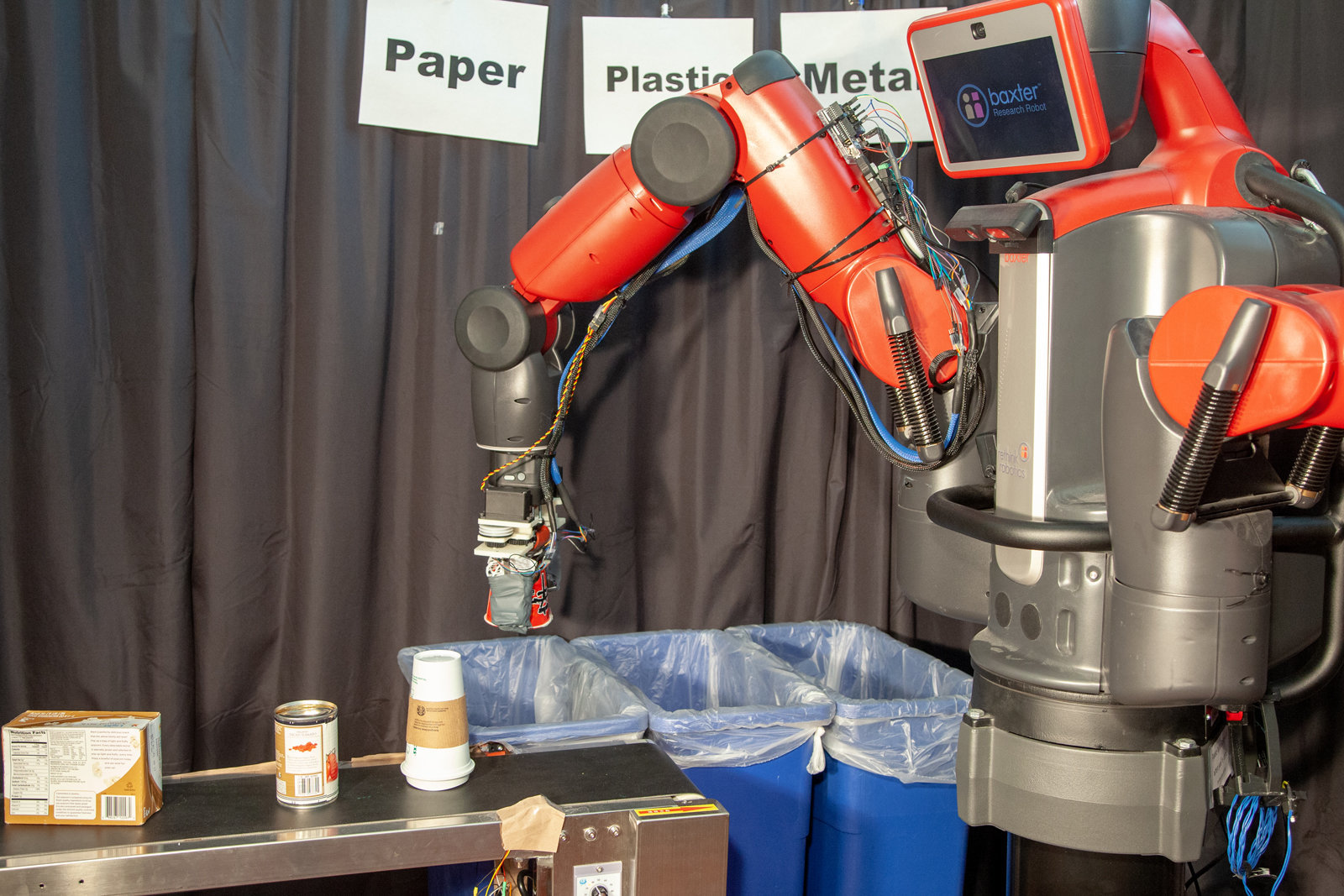 Sorting through recycling, especially as a job, is definitely not easy, or particularly pleasant and the introduction of robots into this type of work would definitely make a difference with the workload and the ever increasing amount of garbage we’ve been throwing out and recyclables that end up in landfills.

But how would a robot be able to tell the difference between aluminum and plastic, for example?

Well, MIT CSAIL figured they might as well give the robot a sense of touch.

It was with this idea in mind that they developed the RoCycle robot, who makes use of strain and pressure sensors in its ‘hand’ to determine just how squishy an object is. The sensors are conductive too, so they can detect if they’re holding on to metal, for example.

For now, the robot is at 85% accuracy, which is not bad at all, considering, but that’s only when the objects are stationary. When they arrived to it via a conveyor belt, the RoCycle was only 63% accurate.

Of course, there’s other factors RoCycle’s engineers have to keep in mind as well, such as what if someone put aluminum cans into a cardboard box or a bag inside of a bottle? So the RoCycle still needs some fine tuning before it would actually be considered for a recycling job and the engineers plan to combine the touch system with a camera computer vision in the future.

Considering how much recycling is needed nowadays, the RoCycle would definitely be a welcome addition into the workforce.