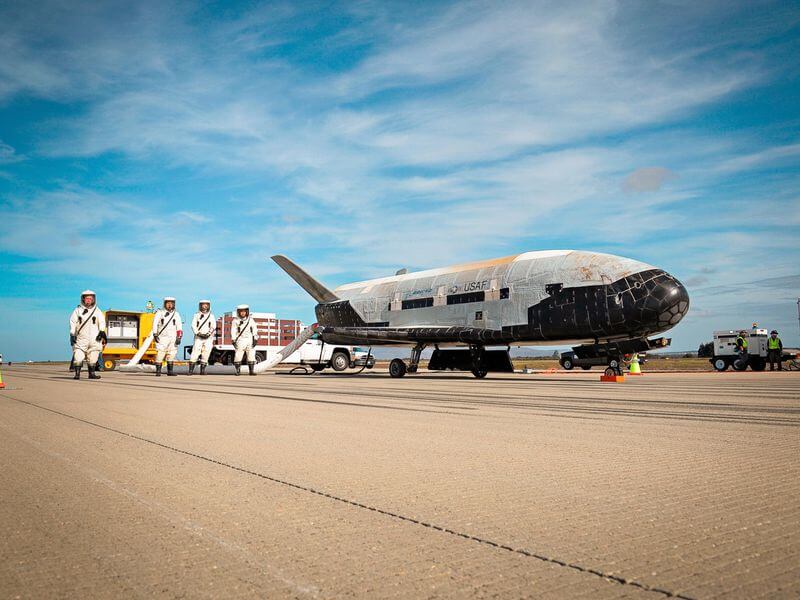 Don’t be surprised if you’ve never heard about the Boeing X-37B or as it is more commonly known, the Orbital Test Vehicle (OTV), because honestly, not a lot of people have.

The original X-37 program started way back in 1999 and was transferred by NASA to DARPA, who, in turn, combined its efforts with the Air Force Research Laboratory, under the leadership of the U.S Air Force Rapid Capabilities Office. Boeing was chosen as main contractor for the program.

According to the Secretary of the Air Force, the OTV program’s goal is to focus on “risk reduction, experimentation, and operational concept development for reusable space vehicle technologies, in support of long term developmental space objectives.”

Aside from that, not a lot of details are known about what exactly the OTV entails – the majority of its activities are kept under wraps. The main objectives are listed as research for reusable spacecraft technology, testing avionics, flight systems, thermal protection, insulation, propulsion and re-entry systems.

The official U.S Air Force statement only mentions that the OTV is “an experimental test program to demonstrate technologies for a reliable, reusable, unmanned space test platform for the U.S. Air Force“.

Five OTVs have so far been launched, with the fourth installment accumulating no less than 718 days in space.

It’s currently orbiting at 200miles (320Km) high and gets its power from solar cells with lithium-ion batteries.

As of yesterday, it has passed the 500 days in space mark.

Even after all this time, we still aren’t sure what the OTV’s purpose is and, needless to say, theories abound but Air Force officials have revealed that the current aircraft is carrying what is known as the Advanced Structurally Embedded Thermal Spreader (ASETS-II).

The ASETS-II was developed by the U.S Air Force Research Laboratory in order to test the experimental electronics and oscillating heat pipes that might be used for future, long-duration missions in space.

This particular payload will be measured for on-orbit performance, long-duration thermal performance and lifetime degradation.

Meanwhile, some suggest that the aircraft might actually be paving the way for President Trump’s Space Force – Joan Johnson-Freese, professor in the National Security Affairs Department at the Naval War College in Newport, Rhode Island has stated that “The X-37B has been and remains a technology demonstrator. Given that most space technology is dual-use, with the ever-increasing sway toward warfare in space, it’s likely that the more militaristic uses of the space plane will be pursued more vigorously […].”

In tune with that, The Secure World Foundation, a nonprofit group that promotes the peaceful exploration of space suggests that the lack of public information that surrounds the X-37B project might point towards the fact that the craft is actually being used to test intelligence-related hardware.

It’s unknown at the moment when the OTV-5 aircraft will return to Earth but it’s speculated that its successor will launch sometime in this year.