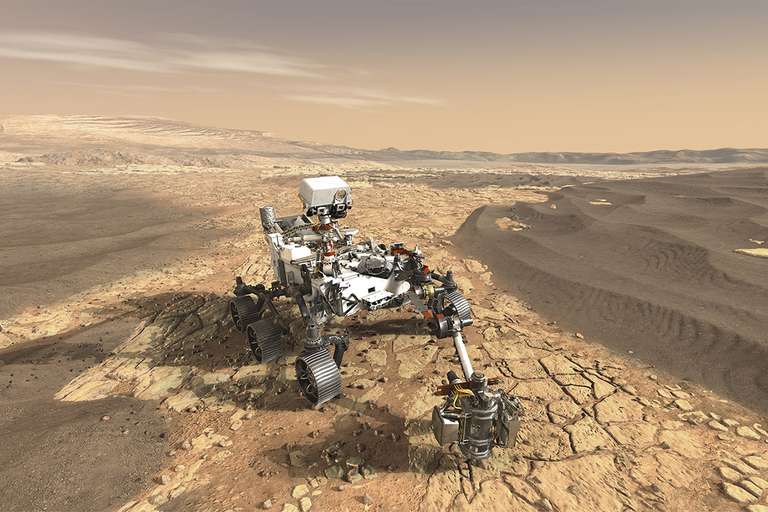 It took NASA four years to decide where exactly it will send its 2020 Mars rover but now we finally have the answer: the Jezero crater.

The mission will launch on July 2020 and it will mark NASA’s next step in exploring the planet not only for the sake of science but also in order to try and find signs of ancient habitable conditions.

Thanks to satellitle images, it’s believed that the crater in question, which is 20 miles wide (50Km), once had a river flowing through it, which eventually went down into a big lake. The hope is that the crater might still contain rocks that have preserved organic molecules and other microbial life. 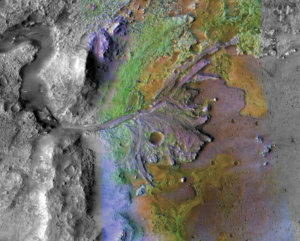 The rover that will be exploring it will store rock and soil samples and place them in a cache on Mars.

“The landing site in Jezero Crater offers geologically rich terrain, with landforms reaching as far back as 3.6 billion years old, that could potentially answer important questions in planetary evolution and astrobiology. Getting samples from this unique area will revolutionize how we think about Mars and its ability to harbor life.”

The Jezero Crater is geologically diverse, which makes for an appealing landing spot for the scientists but also a bit of a nightmare for the EDL (Entry, Descent and Landing) engineers because the site is filled with boulders and rocks to one side and cliffs on the other, while other areas surrounding it feature despressions filled with wind-derived ripples in the sand that could easily trap a rover.

Even with all these obstacles in mind, a landing is still easier to achieve now than it was in the previous years.

“The Mars community has long coveted the scientific value of sites such as Jezero Crater, and a previous mission contemplated going there, but the challenges with safely landing were considered prohibitive. But what was once out of reach is now conceivable, thanks to the 2020 engineering team and advances in Mars entry, descent and landing technologies.”

Using data from the fleet of Mars orbiters NASA has in place, the ground team will be mapping the terrain in a very detailed manner in order to land the rover safely. That data will also be used to map out areas that have interesting geological features that the Mars 2020 rover could visit and collect science samples from.