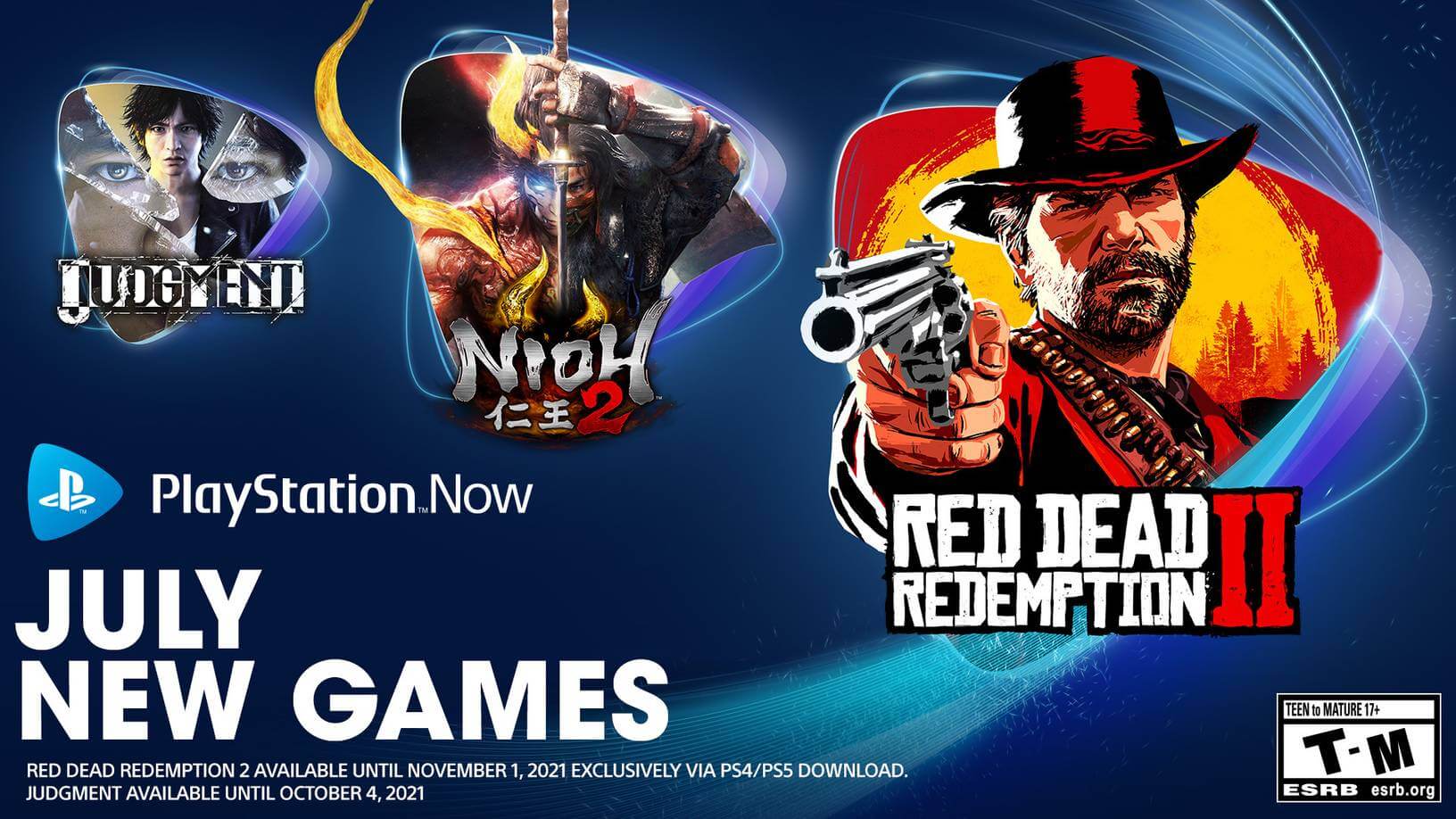 PlayStation Now serves as PlayStation’s subscription game downloading and streaming service. While not as expansive as Xbox Game Pass, PlayStation Now includes several popular and heavy hitting games. This month’s games include some first-party titles players would be remiss not to play!

One of the most celebrated titles in the PlayStation 4-era of gaming, Red Dead Redemption II takes players back to the turn of the 20th CE where cowboys, outlaws, and bandits ruled the lands of the wild, wild Western United States. The game plays through the eyes of Arthur Morgan, an outlaw, as he attempts to escape the law and make his way through the world. The game is acclaimed for its open-world and decision making mechanics where player choice affects the world’s perception of Morgan.

Red Dead Redemption II is available until November 1st, 2021 for PS4 and PS5 download only.

Half-human, half-demon being, take on a dark world filled with demonic and monstrous spirits. The grueling difficulty tests the player’s ability to master the game’s multiple mechanics. But it’s all hard work, deaths, and practice are worth it when the boss monsters are finally put to rest.

The Game of the Year winning take on the God of War series takes Kratos on a father-son adventure he, and fans, likely never expected. Combining the heavy-feeling combat known to the series with a more narrative driven focus, God of War is an instant classic for PlayStation fans. There is also no better time for new and returning players to play God of War as the next game in the series, God of War Ragnarök, is right around the corner.

A darker take on the detective genre, Judgment follows Takayuki Yagami’s journey through the underworld to find evidence in light of a series of murders. The game uses traditional evidence-gathering mechanics but combines it with action-style gameplay.

Judgment is available until October 4th, 2021.

The official game for the Tokyo 2020 Olympics, the game “includes more than 15 Olympic Games events such as Athletics, Aquatics and Ball games across realistically reproduced venues, such as the Olympic Stadium and Tokyo Aquatics Centre.”

The official game for Nascar puts you on the track for the 2020 Nascar Cup Series. The game “features all the official teams, drivers and cars from the three Nascar National Series as well as the Xtreme Dirt Tour, racing on 39 authentic tracks.”

For more information, check out the official post on PlayStation.Blog.