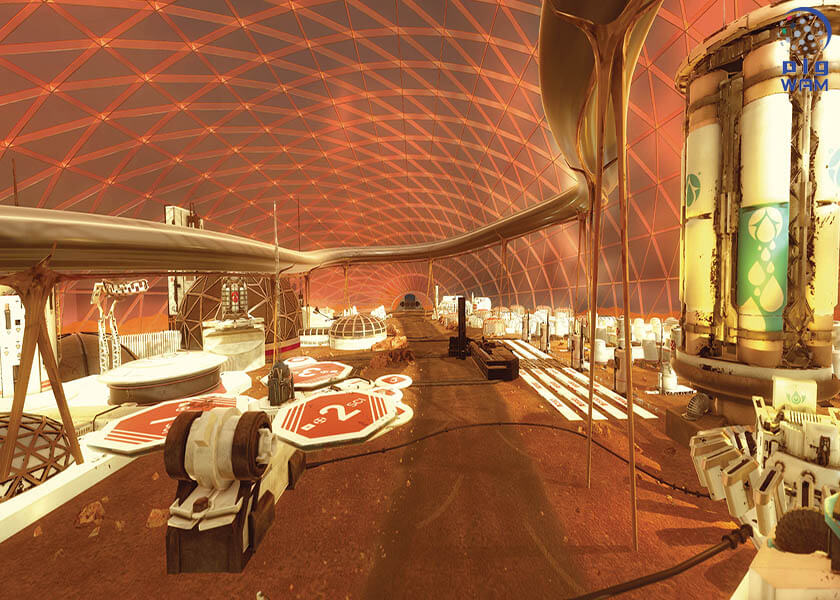 Sheikh Mohammed bin Rashid Al Maktoum, UAE vice president and ruler of Dubai, unveiled his plan to establish a colony the size of Chicago on Mars. Unlike some improbable plans of getting humans to Mars in 10-20 years, this project stretches on 100 years from now #tomorrowmagic

This week, at the World Government Summit in Dubai, Sheikh Mohammed bin Rashid Al Maktoum talked about its intention to invest in a project that would make human colonization possible on Mars in 2117. “The landing of people on other planets has been a longtime dream for humans. Our aim is that the UAE will spearhead international efforts to make this dream a reality.”, declared Sheikh Mohammed. Their idea is to develop a city there, more or less the size of Chicago with a population of 600,000.

“How would people get there? How are the lucky travelers going to be selected? What would be the journey’s cost?” are just some of the questions on our minds and whose answers we’ll have to wait for in the next decades. Nevertheless, on the official Twitter account of HH Sheikh Mohammed bin Rashid Al Maktoum images have emerged on what the new Chicago is going to look like:

The project, to be named “Mars 2117”, integrates a vision to create a mini-city and community on Mars involving international cooperation. pic.twitter.com/v27jA3K3pS

The extraterrestrial city would resemble some of Dubai’s architecture, including tall, impressive, futuristic buildings:

We aspire in the coming century to develop science, technology and our youth’s passion for knowledge. This project is driven by that vision. pic.twitter.com/4QibJjtiM2

This venture is going to rely on international help, of course. Sheikh Mohammed’s intention is to gather a brilliant team with scientists from all over the world:

The “Mars 2117” project will develop an Emirati and international team of scientists to push the human exploration of Mars in years to come. pic.twitter.com/5ujxvyC8As

This is not UAE’s first foray in interplanetary travelling. By 2020, they intend to launch “Hope”, a space probe to orbit and study the Red Planet for approximately three years.  following the UAE’s existing commitment to launch its ‘Hope’ space probe in 2020, to orbit and study the Red Planet until at least 2023. Something tells us governmental agencies are going to have more luck than private companies in pursuing men’s dream of inhabiting outer space simply because their financial resources are greater.