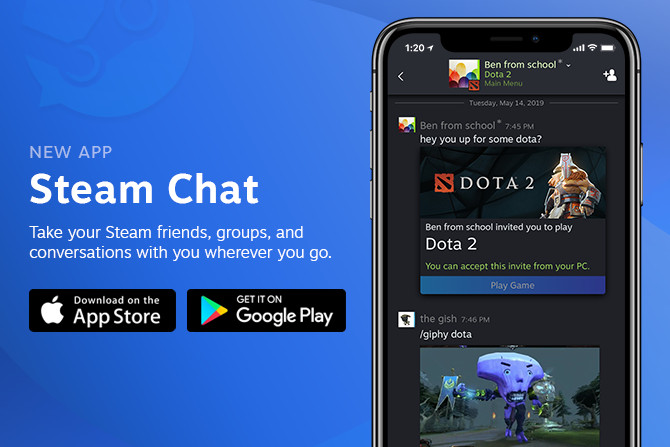 The new standalone mobile app from Valve, Steam Chat, is now available for iOS and Android with many of the chat features of its desktop client but not voice chat.

On Steam Chat you will find rich chat features, group chats, customizable notifications. However, Valve’s app for mobile will not feature Voice Chat. From what we understand, this is just a temporary issue, the company thinking about bringing the update soon.

This is the second time during one week that Valve launches a major iOS app. The previous one, Steam Link app, was long awaited by Steam users since it allowed them to stream Steam games from their desktop PC to other devices like iPhone, iPad, or Apple TV.

Apple finally let Valve offer it for iOS, after a year long delay. Back then, the company had refused including it claiming “business conflicts”.

Also read: ✍After One Year, Steam Link App Is Finally Available for iOS✍