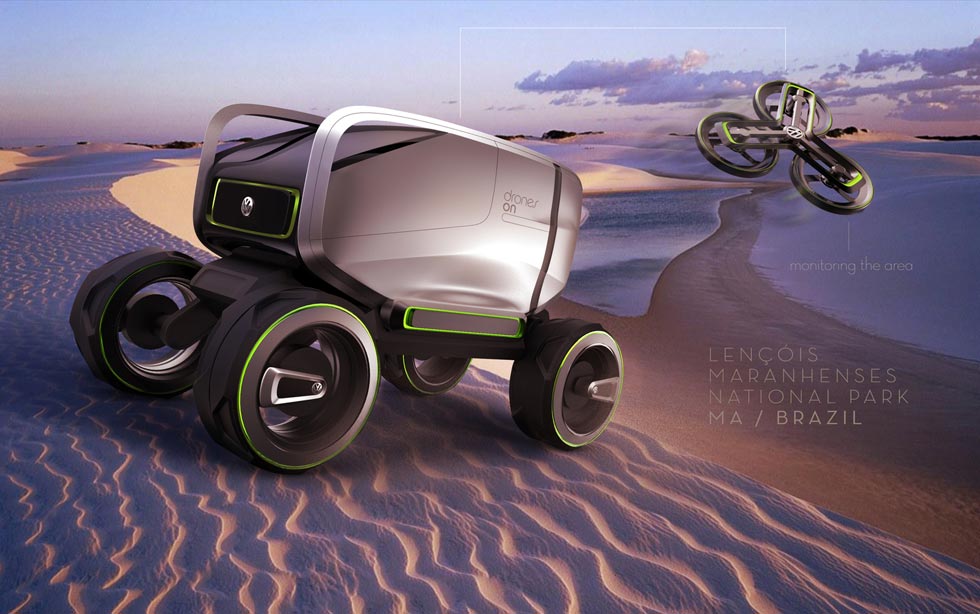 We’ve seen manufacturers come up with UAVs and autonomous cars but never a vehicle that combines them both. Volkswagen is the first place where we heard about such a hybrid called LUNA #automagic

LUNA is Danilo Makio Saito’s concept, one of the interns of Volkswagen Brazil. He ws asked to come up with a car concept that would run through all landscapes in Brazil, in the year 2025. After doing some research on drones he came up with a vehicle that can transport, collect and launch a drone.

According to Danilor, LUNA is “an autonomous car which works as a workstation. It’s is composed of 3 parts: an autonomous platform, which is also [where] a drone [arrives] on land; a cabin which people use as a workstation, and the drone itself, to visualize and collect data in the air.”

The cabin is detachable and can stay in a specific area if people decide so, the self-driving platform can go an collect samples from the land. Meanwhile, users can monitor what the drone is seeing from the air and control its trajectory from inside the cabin.

I guess in this way you’d have the best of both mediums – air and land.