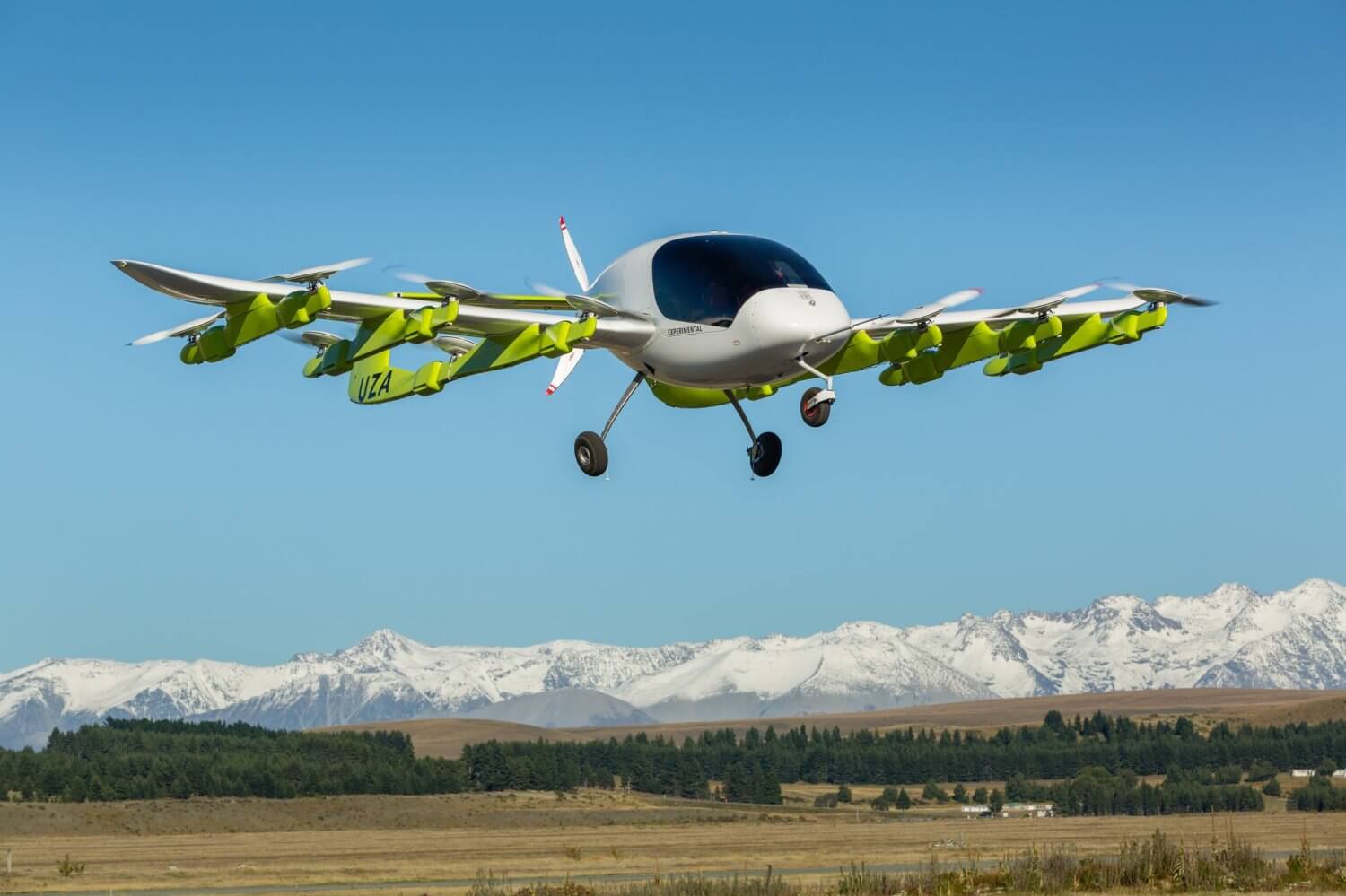 Kitty Hawk, a joint project from Google’s co-founder Larry Page and Google’s self-driving team’s co-founder Sebastian Thrun, wants to transform the way people travel. Like the Airbus Vahana or eHang’s Dubai project, the company is looking to build a fleet of self-driving taxis. With the Cora Aircraft, they look one step closer to their goal!

The Cora Aircraft is a self-flying taxi that takes off like a helicopter and flies like a plane. This impressive self-piloting aircraft measures just 36 feet in wingspan and is designed for use in urban areas, providing a luxury alternative to a taxi. It has a range of 62 miles on a single charge and can achieve a speed of 93 mph.

Where the pilot should be, there are only two seats for passengers as Kitty Hawk is planning to make the Cora fully autonomous by the time it launches. It is already being tested in New Zealand and aims for certification in 2021.

“Cora has the potential to take off from a rooftop and hop across a city. To transform a parking lot into an airpad in your neighborhood. You wouldn’t have to know anything about flying a plane. Cora could fly for you. And it would be all-electric, helping to build a sustainable world,” Kitty Hawk explained.

Since its inception in 2010, Cora has passed with flying colors every milestone as Kitty Hawk’s official page revealed. It’s only a matter of time before Coras become a normal fixture of local transportation.