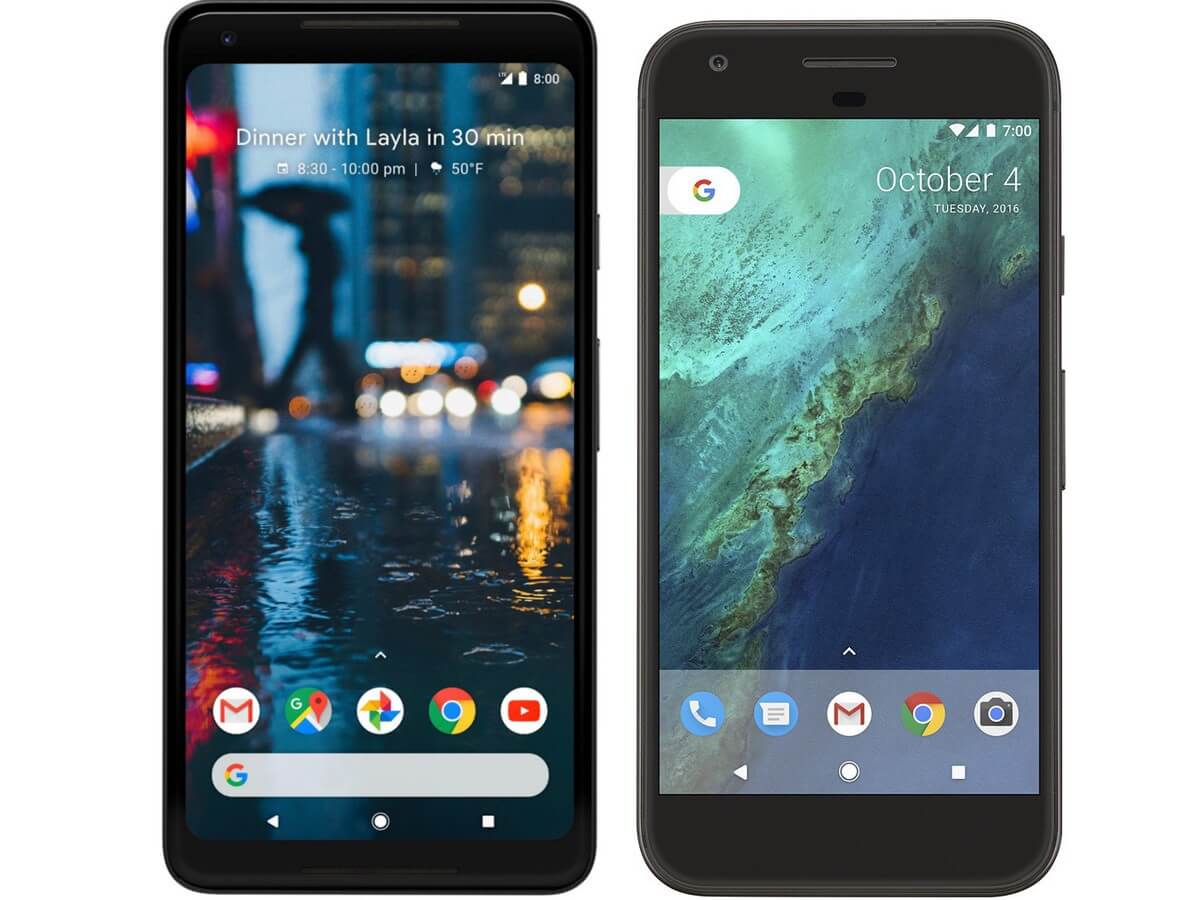 The waiting is over, folks! Google finally unveiled Google Pixel 2 and Pixel 2 XL. In terms of design, we aren’t surprised… at all. But when we’re talking about camera software, there’s quite a lot you need to know. Let’s just say that Google has, once more, impressed us #mobilemagic

Let’s begin with display, processor and storage. Google Pixel 2 is almost the twin of its predecessor. The bezels are still there and the 5-inch display has returned. Pixel 2 XL has trimmed the bezels, like the latest trends call for, and has a larger, 6-inch display. Both feature OLED panels but the XL comes with better resolution.

That said, the back of both phones has been altered; the glass portion is much smaller and it doesn’t include the fingerprint sensor, making it more fast this time around. You’ll also notice the lack of a headphone jack, Google opting for front-facing stereo speakers.

Under the hood, there’s a Snapdragon 835 processor, 4GB of RAM and two internal storage options: 64GB / 128GB. The sides are squeezable on both phones, a feature that we witnessed first on HTC U11. When triggered, it can launch Google Assistant or silence phone calls (these are the default settings). One more thing before we take a look at the camera – Pixel features an always-on display this time.

Pixel 2 and Pixel 2 XL boast a 12.2MP rear camera with an f/1.8 aperture and optical image stabilization. While there’s no dual camera to speak of, they still manage to offer the bokeh effect we’ve seen at the latest iPhones. That’s possible thanks to something the company calls dual-pixel sensor. Basically, this divides every pixel in two, providing faster autofocus but also the portrait mode feature. See, these pixels capture a second image and help create a depth map, blurring out everything but the subject. Quite impressive, right? And the same thing can be done with the front cam.

Both smartphones from Google support this time Google Lens, the software that allows you to identify objects and get relevant information by pointing the camera at them. There’s also the added perk of storing all your media in the original quality, FOREVER, via Google Photos and a feature named Motion Photos. This one registers a three-second clip of each photo you take – similar to Live Photos.

Oh, and what about augmented reality? Don’t worry, Google has covered this topic also. The phones support AR featured like 3D characters that you can place in photos and videos while you’re capturing an instance.