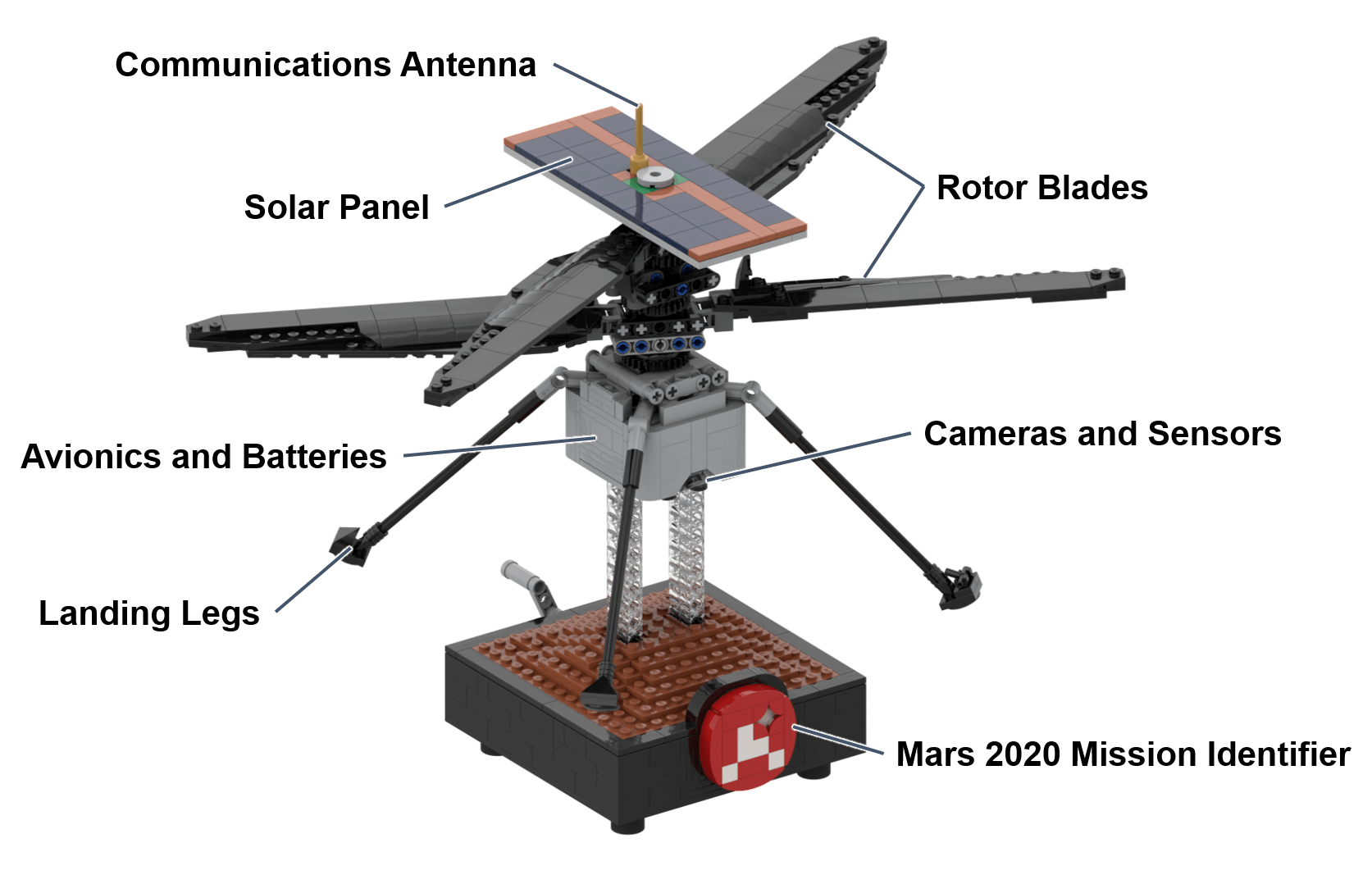 Yesterday, NASA has succeeded in flying the Ingenuity Helicopter on Mars and despite the drone being airborne for under a minute, this marks the first aircraft in history to make a powered, controlled flight on another planet. The confirmation was given to the Ingenuity team at the agency’s Jet Propulsion Laboratory in Southern California via Perseverance, NASA’s Mars rover which is part of the Mars 2020 mission along with the Ingenuity helicopter.

“We can now say that human beings have flown a rotorcraft on another planet,” said MiMi Aung, project manager for Ingenuity at Nasa’s Jet Propulsion Laboratory (JPL) in California. “We’ve been talking for so long about our ‘Wright Brothers moment’ on Mars, and here it is.”

The 40-second flight showed the helicopter rise to a little over 3m, hover for 30 seconds, followed by a stable descent. The demonstration was fully autonomous, operating according to algorithms developed by the team back at JPL because of the huge distance between our planet and Mars, which makes both flying by joystick and real-time observation of the actual flight impossible.

“Now, 117 years after the Wright brothers succeeded in making the first flight on our planet, NASA’s Ingenuity helicopter has succeeded in performing this amazing feat on another world,” Thomas Zurbuche, NASA Associate Administrator for Science, said. “While these two iconic moments in aviation history may be separated by time and 173 million miles of space, they now will forever be linked. As an homage to the two innovative bicycle makers from Dayton, this first of many airfields on other worlds will now be known as Wright Brothers Field, in recognition of the ingenuity and innovation that continue to propel exploration.”

Percy, as the rover is nicknamed, carried the Ingenuity helicopter to Mars in its belly. Weighting 2 kg on Earth, but only 700 grams on Mars, Ingenuity comes with a solar panel for charging the helicopter’s batteries during the day, but also with heaters whose job is to keep the drone warm during nights that can plunge to -70°C. The helicopter’s light weight combined with Mars’s lower gravity – the Red Planet’s gravity is 1/3 that of Earth’s – no doubt massively contributed to the flight’s success, but even so the rotorcraft still had to overcome an atmosphere that has just 1% of the density that we can find on our planet. This very low pressure made it a challenge for Ingenuity’s blades to be able to lift the drone off the martian soil.

This is a great victory for NASA. The space agency hopes that this will pave the way for how we will explore distant planets. But until then, NASA has promised us more interesting flights in the near future, with Ingenuity already scheduled to perform longer and further flights.