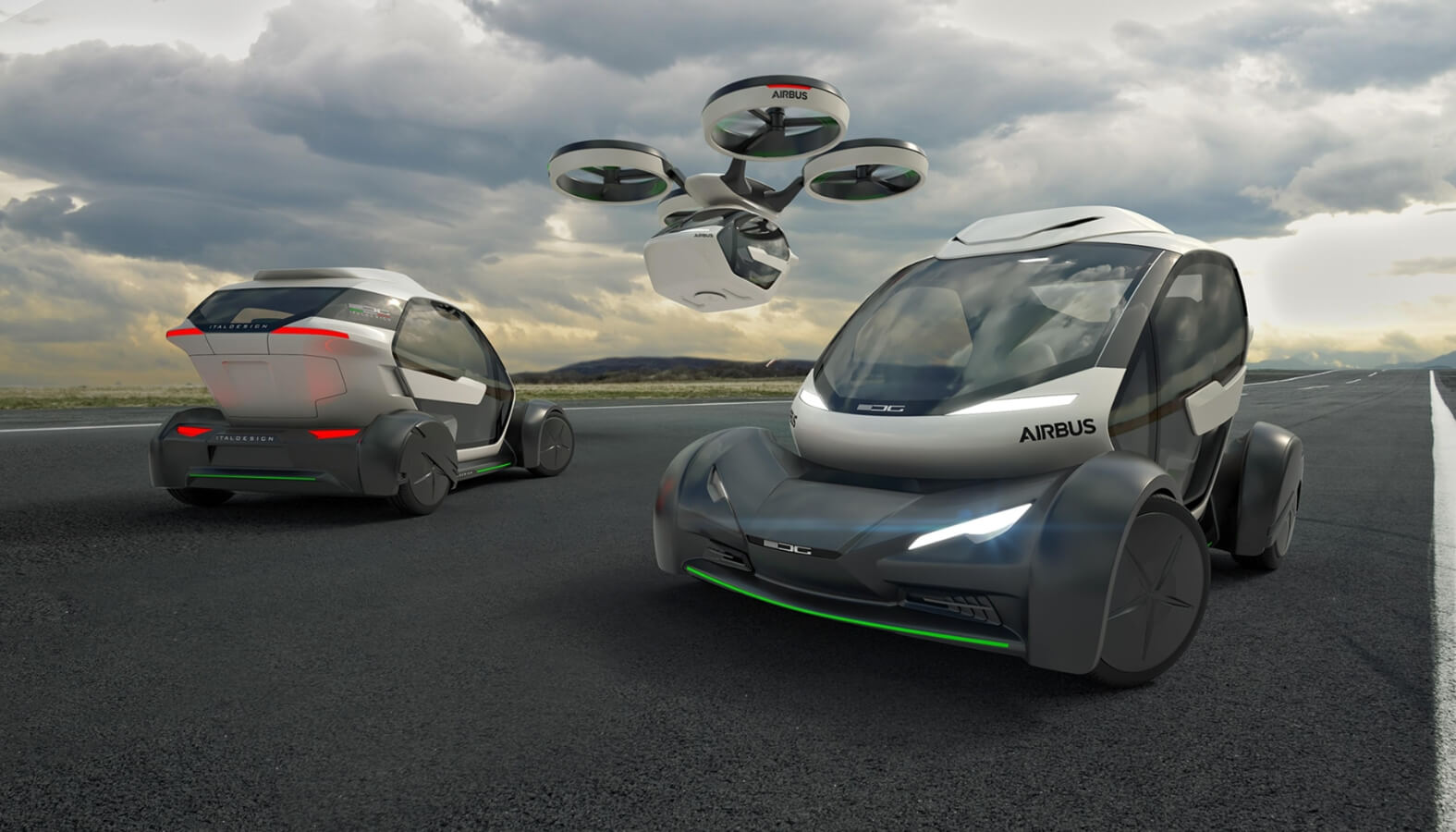 A while ago, Airbus promised us we’d see flying cars soaring as early as December, this year. Recently, at Geneva Motor Show, the company showcased Pop.Up, their modular, self-piloted flying car concept #automagic

The fully electric, modular car was designed with the help of Italdesign and looks as futuristic as you’d hoped. The Pop.Up project (former Vahana) relies on three layers: the passenger capsule, the ground and air module as well as an artificial intelligence capable of overseeing the trips. At first, one passenger goes inside the capsule, which then attaches to a ground module or a quadcopter drone air transit system. Both modules are fully electric but the capsule can always integrate with another means of transportation such as a hyperloop system.

Pop.Up capsule was imagined as a cocoon made of monocoque carbon-fibre which measures 2.6 metres long, 1.4 metres high, and 1.5 metres wide. The destination is set before starting the journey, on a smartphone app. Then, the AI takes over and plans the perfect route starting from passengers’ preferences for travelling but also by checking traffic congestion data, costs and ride sharing demands. Inside the capsule, the traveler can interact with the system in a “fully virtual environment”. Once it reaches its destination, the capsule, air and/or ground module return to their recharge stations and await new customers.

Can the passenger select the module preferred for transportation? It doesn’t seem so. Instead, the air module (a drone with eight counter-rotating rotors) intervenes when traffic is impossible and the journey can’t be completed on the ground. It’s a way of commuting without actually leaving the capsule.

“Adding the third dimension to seamless multi-modal transportation networks will without a doubt improve the way we live and how we get from A to B,” said Mathias Thomsen, General Manager for Urban Air Mobility at Airbus. “In the next years ground transportation will move to the next level and from being shared, connected and autonomous it will also go multimodal and moving into the third dimension”, added Italdesign CEO Jörg Astalosch.

What do you think – can you imagine a life without traffic congestion but filled with flying cars?