Airport Hotel Offers A Flight Simulator For Its Guests 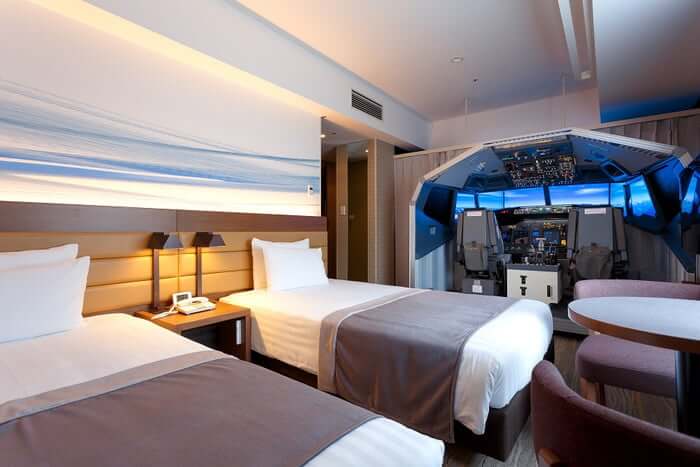 In Japan, an airport hotel came up with a full-sized flight simulator into one of its guest rooms, and now, brave aviation fans can simulate piloting a passenger plane on the night before their departure.

The so-called “Superior Cockpit Room” was created by the operator of the Haneda Excel Hotel Tokyu to celebrate its 15th anniversary, according to a Travel Daily report.

The new room can be enjoyed for the costs of approximately 25,000 Japanese yen (about $230) per night, but playing with the Boeing 737-800 simulator will cost extra, of course. The guest room becomes available from July 18, and those who want the 90-minute lesson with a qualified flight instructor will have to come up with additional 30,000 yen (about $280). For aircraft enthusiasts flying out of Tokyo’s Haneda Airport, the price probably won’t be an issue.

For those, a take-off from Tokyo’s Haneda Airport followed by a short flight, along with the landing procedure will be included.

Apparently, airports in Japan are quite keen to entertain fans of flying, as the much smaller Tajima Airport 270 miles West of Tokyo recently revealed pictures of bathroom cubicles that featured cockpit-style wallpaper, just like the inside of an ATR 42-600 turboprop passenger aircraft.

Via the simulator, flight and aircraft aficionados will able to see everything from the viewpoint of a pilot. The only difference between them and an actual pilot will be the fact that they will have the liberty to fly the airplane wearing pajamas and slippers.