In the world of computing and processors, companies have always strived to make computers smaller and smaller – and that makes sense since the first ones would fill up an entire room.

Now, one indie game developer decided to recreate one of the original behemoths and make it as tiny as possible.

Check out this tiny 1959 IBM mainframe computer replica, so accurate it will blow you away.

It even has tiny punchcards! 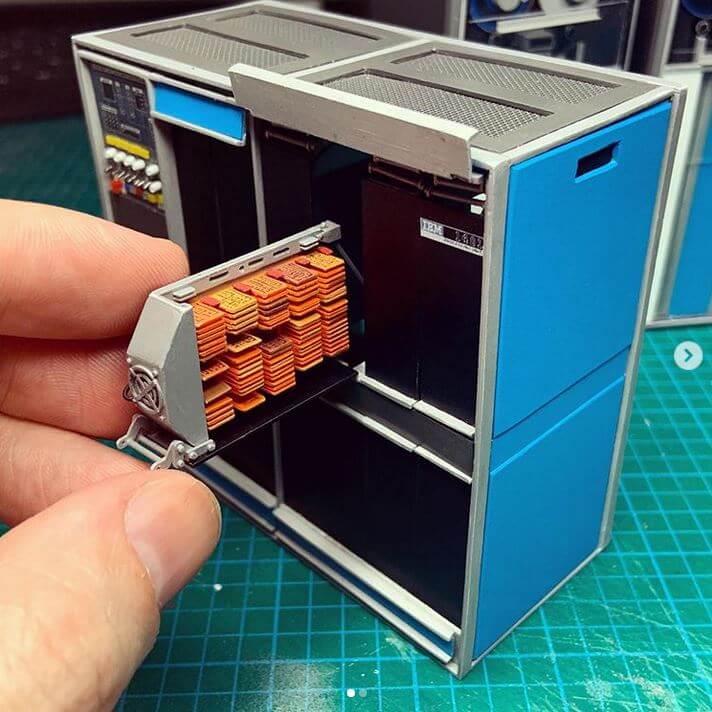 The IBM mainframe computer debuted back in 1959.
Known as the 1401 data processing system, it became an iconic image of what computing means.

Nicolas Temese, a Montreal indie game developer and animation studio technical developer, says he always had “a fascination for it”.

“People often forget how primitive they once were, yet how powerful they were back then,” he explained.

The 1401 tiny replica build process is documented on his Instagram account and no, there is no 3D printing involved.

Temese actually used flat sheets of polystyrene to create the 1401 and spent 300 hours building it – down to the query console, the tape drivers, and even the gates on the main processing unit, which fold out.

“Then I measure and cut the pieces and glue them together. Lot of sanding and finish is involved, then airbrushing and different types of varnish to try and replicate the original finish of the surfaces,” the maker told CNET.

You can watch the entire build process on his Instagram.