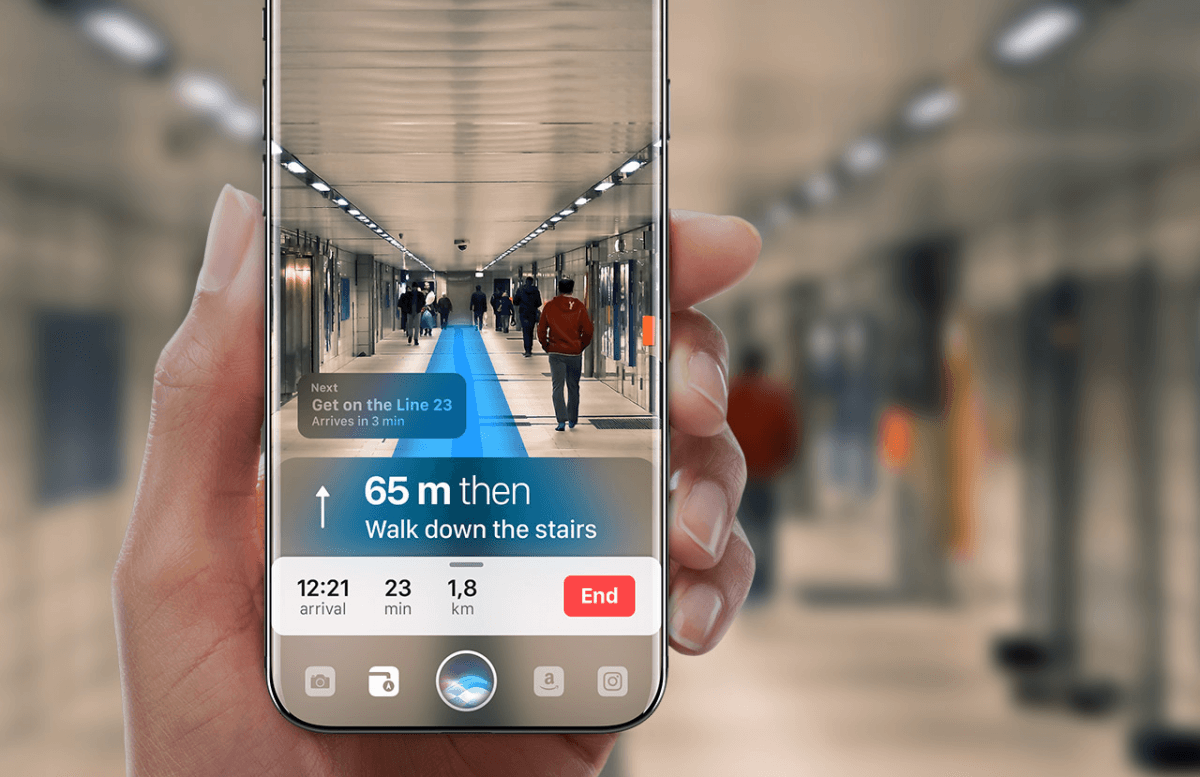 Tim Cook has long since talked about delving into augmented reality.  Well, it seems that Apple will bring the technology to its devices really soon. Rumor has it that a future iPhone will feature AR massively and that the company wants to launch a pair of AR glasses just like Google once tried #realitymagic

A Bloomberg report suggests that Tim Cook intends to move the iPhone in the AR era very soon. In the last couple of years, Apple has acquired a series of AR companies to help with the software development and Bloomberg’ sources are saying that hundreds of engineers are currently working towards that goal. The first devices with AR features from Apple will be iPhones, of course. It seems that developers from the iPhone camera team are already devising ways of putting augmented reality to good use on a smartphone.

They’re playing with several ideas, one being to enable the camera to change the depth of the photograph or objects in it post-capture. Another would be to isolate an object in a given image and tilt it later at 180 degrees. Apple is not forgetting about the entertaining side of AR either, planning to bring virtual effects and objects to media.

After testing the waters with an AR iPhone, the company wants to launch augmented reality glasses. Knowing their vision, you bet the smart glasses are going to be sleek and powerful, respecting the design line.

There’s no telling when the first pair is going to show up on the market, but something tells me we won’t have to wait much longer. It seems that Apple has put their brightest men on it, including engineers that have worked on Oculus and HoloLens VR headsets and special effects experts from Hollywood.