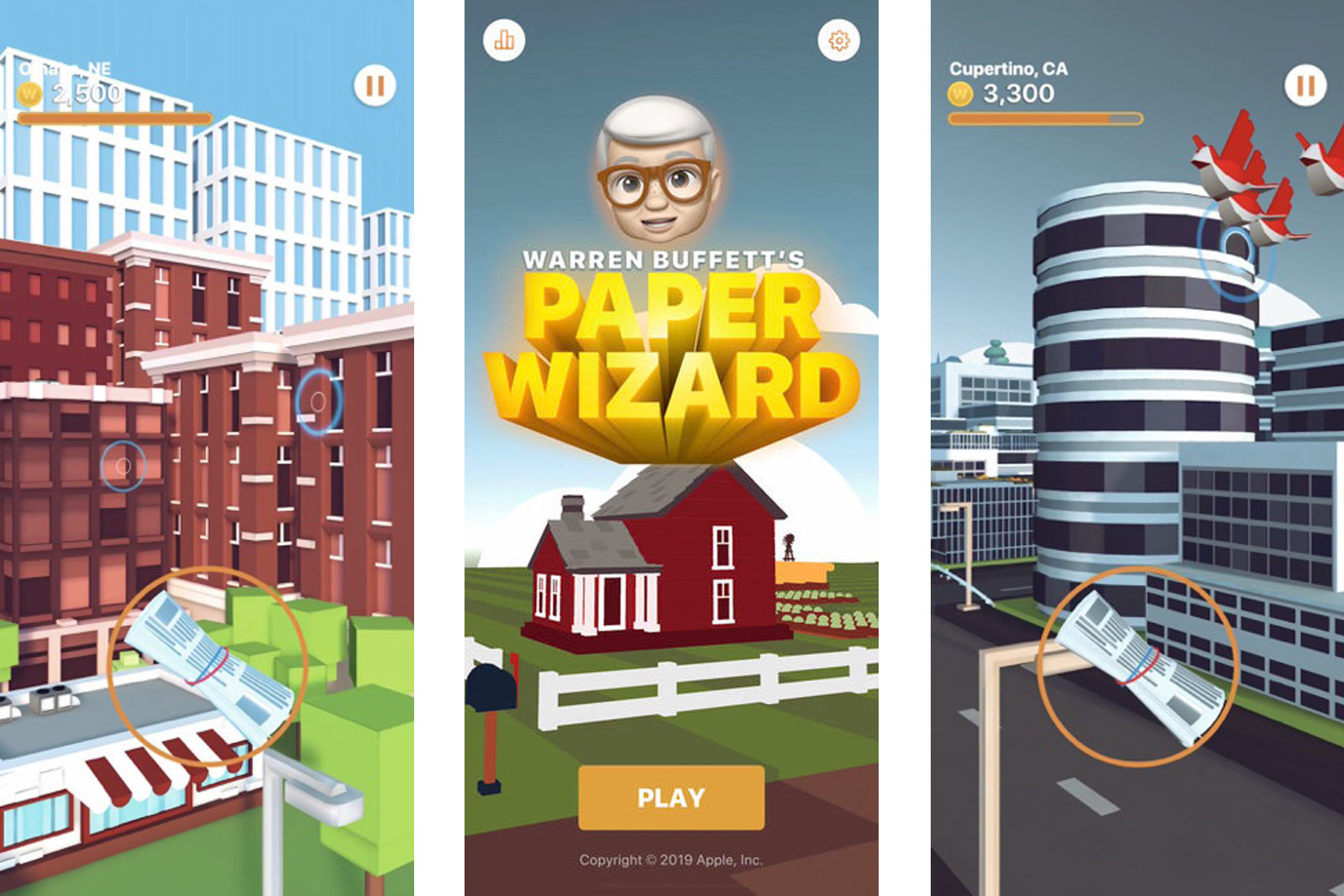 Apple is a “go big or go home” kind of tech player. This was especially true when Tim Cook dropped a hint of an iPhone game concept, featuring Warren Buffett, at Berkshire Hathaway’s annual meeting.

It turns out the game is very much real. The tech giant has released a Warren Buffett’s Paper Wizard title for iPhones. Basically, you have to toss the paper in order to get “Warren Bucks” depending on how good you are. Paperboy all over again!

Although credited to “Wildlife Designs” in the App Store, the game’s terms makes you think that Apple is the main responsible.

It’s the first game released by Apple since 2008, when the Texas Hold’em for iPhones came up. This doesn’t mean that the company is willing to become a regular game developer, but it’s a piece of evidence that Apple is perfectly able to produce mobile gaming and be a game changer in the smartphone’s industry.