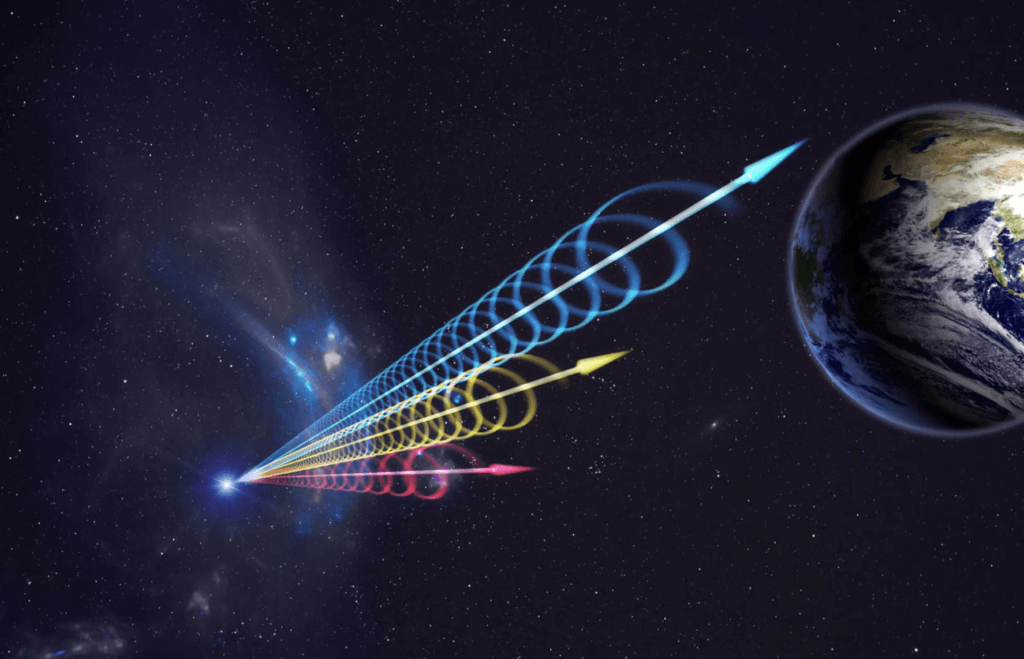 Space is quiet but the long explanation would be that technically, that’s not entirely true. Sound does exist in space in the form of electromagnetic vibrations that pulsate in similar wavelengths.

NASA even managed to isolate those sounds by using special instruments capable of recording the electromagnetic vibrations and then transformed them into sounds that our human ears could actually hear.

But those sounds are not the only ones NASA has heard.

Astronomers have been listening to powerful signals from deep space since 2007. These signals come through clearly for a thousandth of a second before they simply just disappear.

They are known as Fast Radio Bursts (FRBs) and some of them are known to repeat but most only appear as one-time bursts. These non-repeating bursts are almost impossible to localize as the astronomers don’t have enough positional accuracy to pinpoint them to a host galaxy.

So far, astronomers have recorded a handful of them and have spent a lot of time trying to uncover their source.

And, at long last, over a decade after the first sounds have been recorded, an international team of researchers has managed to place the location of a radio burst that was only heard once so far: it rests somewhere at the outskirts of a galaxy that is 4 billion light-years away.

This finding was published in the journal Science where the astronomers detail how they discovered and localized the signal, dubbed FRB 180924.

This particular burst was heard by the Australian Square Kilometre Array Pathfinder which consists of 36 radio telescopes that work together in scanning the sky and holding an ear out for radio signals. What’s great about the Pathfinder is that it’s located way into the Australian outback, where radio interference is minimal to none, making it a perfect listening spot.

The radio burst hit into the array and, in half a second, all of Pathfinder’s 36 dishes received that data. It stopped searching and downloaded all the information it received.

Here’s where the big science comes in: because the radio burst hit each dish at a somewhat different time, the team behind it was able to calculate the arrival time difference to one-tenth of a nanosecond. From there on, the astronomers put their cosmic Sherlock hats on and started to search for the source, tracing the burst’s signal to a single spot in the sky.

That spot was a galaxy next to ours, more specifically, 13,000 light-years away from the galaxy’s center.

The team then focused a number of telescopes around the world, including the Very Large Telescope and the Keck telescope to the spot the burst came from. Unfortunately, the galaxy is located so far away it’s impossible for us to see what it’s causing it. At least for the technology we currently have available.

Of course, the explanations as to what causes these radio bursts range from neutron stars to aliens and Keith Bannister, lead author of the paper and principal research engineer with Australia’s Commonwealth Scientific and Industrial Research Organisation, is not ruling out extraterrestrial life for now either.

“I think in all likelihood we’ll work out a natural explanation for these events, but I like to keep an open mind and follow wherever the evidence leads me.” Bannister had said. “This is the big breakthrough that the field has been waiting for since astronomers discovered fast radio bursts in 2007.”