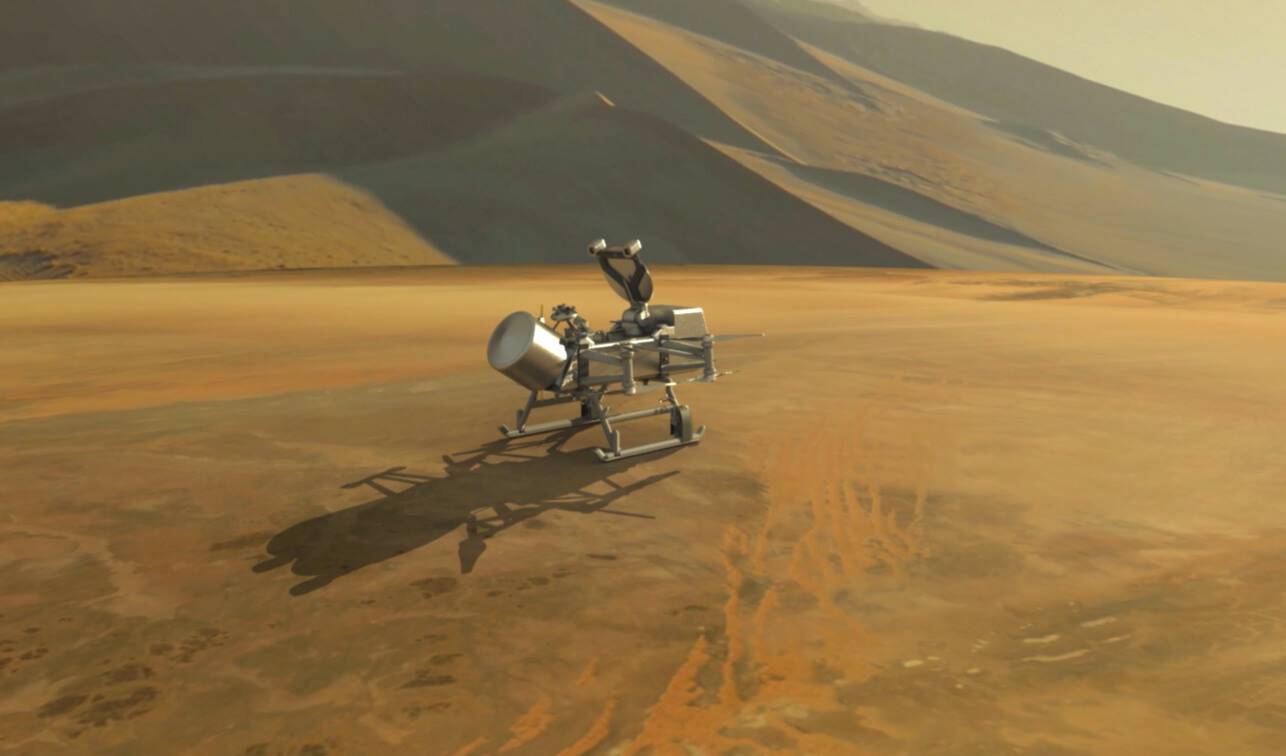 Titan’s been the subject of a lot of debate and new discoveries lately. First, the Cassini spacecraft managed to capture the dust storms happening across the surface of this largest of Saturn’s moons and just a few days ago, we were told that Titan’s lakes might actually be surrounded by crystals.

Titan is a piece of our Solar System astronomers have been very interested in studying, especially because it features large, hydrocarbon lakes and where there’s water, there’s almost always life.

But in order to be able to study the mysterious moon more closely, the researchers would need a spacecraft to get up close and personal with it.

On Thursday, NASA has announced that it will be sending a lander, dubbed Dragonfly, to fly over the surface of Titan and spend a couple of years studying it.

NASA was torn between sending the Dragonfly to either Titan or to a comet known as 67P/Churyumov–Gerasimenko, which had been previously visited by the Rosetta spacecraft.

Obviously, flying a spacecraft to Titan is more of a risk than flying it towards the comet. Back in 2004, the European Space Agency launched its own probe into Saturn’s system via Cassini. The probe dropped through the notoriously thick atmosphere of Titan but only managed to survive for 90 minutes across its surface.

Armed with this knowledge, NASA still took the decision to green-light the mission.

“[Dragonfly] has so much potential for fundamental science,” said Elizabeth Turtle, a planetary scientist at the Johns Hopkins Applied Physical Laboratory who is also the principal investigator for the mission. “Titan is just a perfect chemical laboratory to understand pre-biotic chemistry.”

The scientists believe, due to Titan’s complex atmospheric chemistry that its surface looks a lot like Earth used to, before life began to develop on our planet.

The overall cost of the mission rests somewhere around $1 billion and Dragonfly is expected to start its long journey towards Titan in 2026, backpacking aboard a yet unspecified rocket. It will reach Titan in 2034.

Once it does, if everything goes according to plan, the spacecraft will land somewhere in the equatorial region, which is known to be covered by sandy dunes. Over the next 2.5 years, Dragonfly will fly across the surface of Titan about a dozen times and cover around 180Km (11 miles).

“We want to do something bold and take measured risks,” Thomas Zurbuchen, NASA Chief of Science said after the announcement.