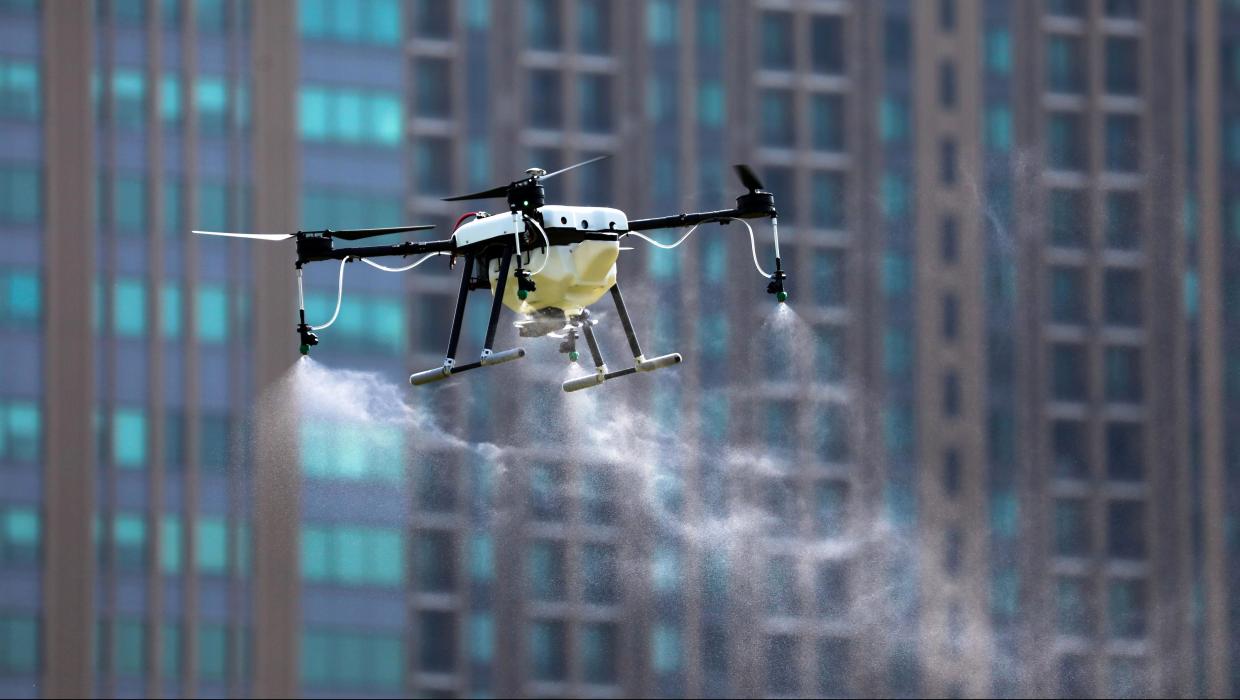 Earlier this week it was announced that levels of PM2.5 have reached 185 micrograms per cubic meter in Bangkok, Thailand.

PM2.5 are tiny particles of 2.5 microns in diameter (for scale, that is smaller than a grain of sand) which can easily penetrate deep into the lungs. They have been proven to cause respiratory damage and can worsen pre-existing conditions like cardiovascular disease.

These types of particles are safe when their presence is limited to 50 micrograms per cubic meter, but anything over 150 micrograms is hazardous for humans.

According to the Bangkok Post, ACM Preecha Pradapmuk, director of the Defence Technology Institute has been granted approval for a project that involves 12 water-spraying drones for a test flight in the city’s fight against the ever increasing pollution.

On Tuesday, the drones were sent over Vachirabenjatas Park in the Chatukchak district. They sprayed water 25 meters above the ground for 30 to 40 minutes, which helped reduce dust particles by 10 micrograms per cubic meter.

If these test flights show good results in the next week, the drones will be sent across other neighboring areas, such as Phramongkutklao and the Veterans General hospitals.

The Pollution Control Department has set in place more measures to fight air pollution in the city, one of them being tightening restrictions against vehicles with black exhaust fumes, which means that the city’s buses will probably also start being regulated.

Meanwhile, Bangkok residents do their best to protect themselves against the air pollution by using face masks while some other districts have employed the use of water cannons.