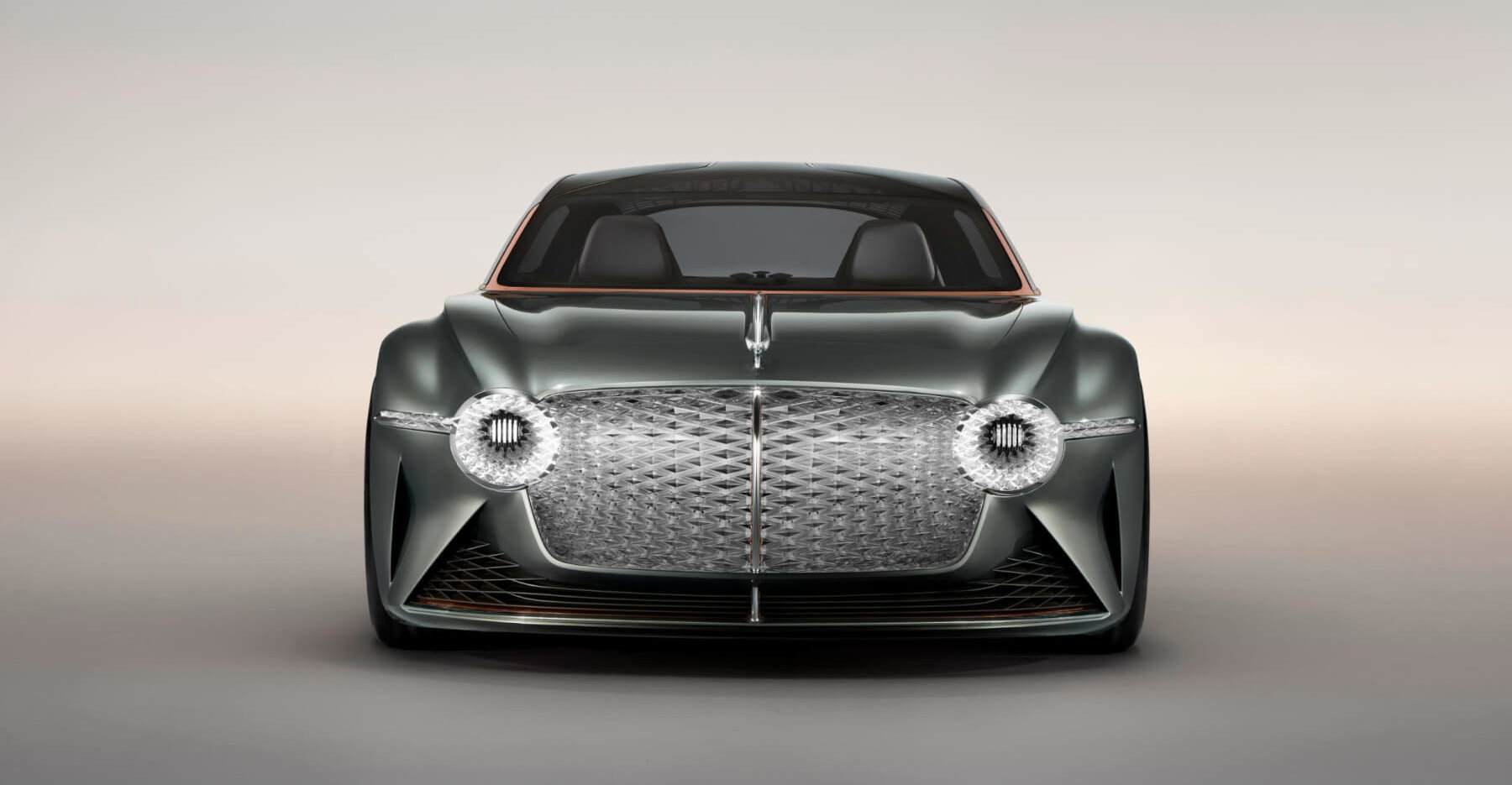 Cars are evolving faster than ever these days, with electric vehicles spearheading the effort of pushing us into a greener, healthier future. The problem with them is that they all, more or less, look the same and, for a company like Bentley, whose cars are instantly recognizable, creating an electric, autonomous car that looks like everyone else’s is out of the question.

When you hear the name Bentley you think of classic, sleek yet imposing cars that make a statement without really doing anything at all, except make an appearance.

So, for the company’s 100th birthday, it made a gift to itself by introducing the EXP 100 GT to the world – an electric, semi-autonomous concept beast that shows what the luxury cars of the future would (and maybe should) look like.

The car keeps the same lines that made the Bentley into the classic it is today, but the overall design and the details it comes with make it clear this car will be riding down the highways of tomorrow.

Its body is made out of a lightweight aluminum and carbon fiber that measures an impressive 20 feet in length and 8 feet in width. The rear of the car is borrowed from the R Type Continental but the doors, which measure 6.5 feet wide, are unique to this concept model: they can shift outwards and upwards and, at their highest, they measure 10 feet in height.

Also on the back we can find LED brake lights that come with 3D OLED screens to which animated graphics can be added, to give the car a bit of a personality, just in case it didn’t have enough already.

But it’s the front of the car where all the fun happens: the trademark redesigned “Flying B” mascot on the front hood lets you know exactly who manufactured this car. It’s framed by round headlights that almost blend into a large grille which hosts no less than 6,000 LED lights.

Overkill? It might look like that at first glance but the generous grille lights up when the driver approaches and can also be used to warn the pedestrians that the car is in autonomous mode. It will cost an arm and a leg to fix if it somehow breaks, sure, but at the end of the day, if you can afford to buy a Bentley you should, in theory, also be able to afford to fix it.

The EXP 100 GT does not come with the Bentley-famous W12 engine under the hood, as the car is completely electric: it actually features four electric motors that can produce 1,106 pound-feet of torque and 1,400 horsepower. That means it can go to 62 mph in 2.5 seconds and reach top speeds of 186mph. There’s no information on the battery through but, according to Bentley, it will recharge at 80% in just 15 minutes.

As far as the interior goes, if you ever wanted to experience how it might feel to drive a spaceship, the EXP 100 GT is probably as close as you’re going to get. While the interior of the car still maintains some of Bentley’s classic lines, it manages to make them look futuristic with organic lines, interesting patterns and, of course, the finest materials.

The glass roof features prisms that can collect light and transfer it into the cabin via fiber optics, which means that it can record say, a sunrise or a sunset’s light and then replicate that light again in the car, allowing the driver and passengers to experience it more than once.

The car has an optional autonomous mode that will see the steering wheel retract and the front seats turn around while the passengers enjoy Bentley’s personal assistant.

All these things barely cover half of what Bentley wants to achieve with the car but if the technologies it plants to implement will come to fruition, that remains to be seen. One thing is sure: it won’t come cheap.