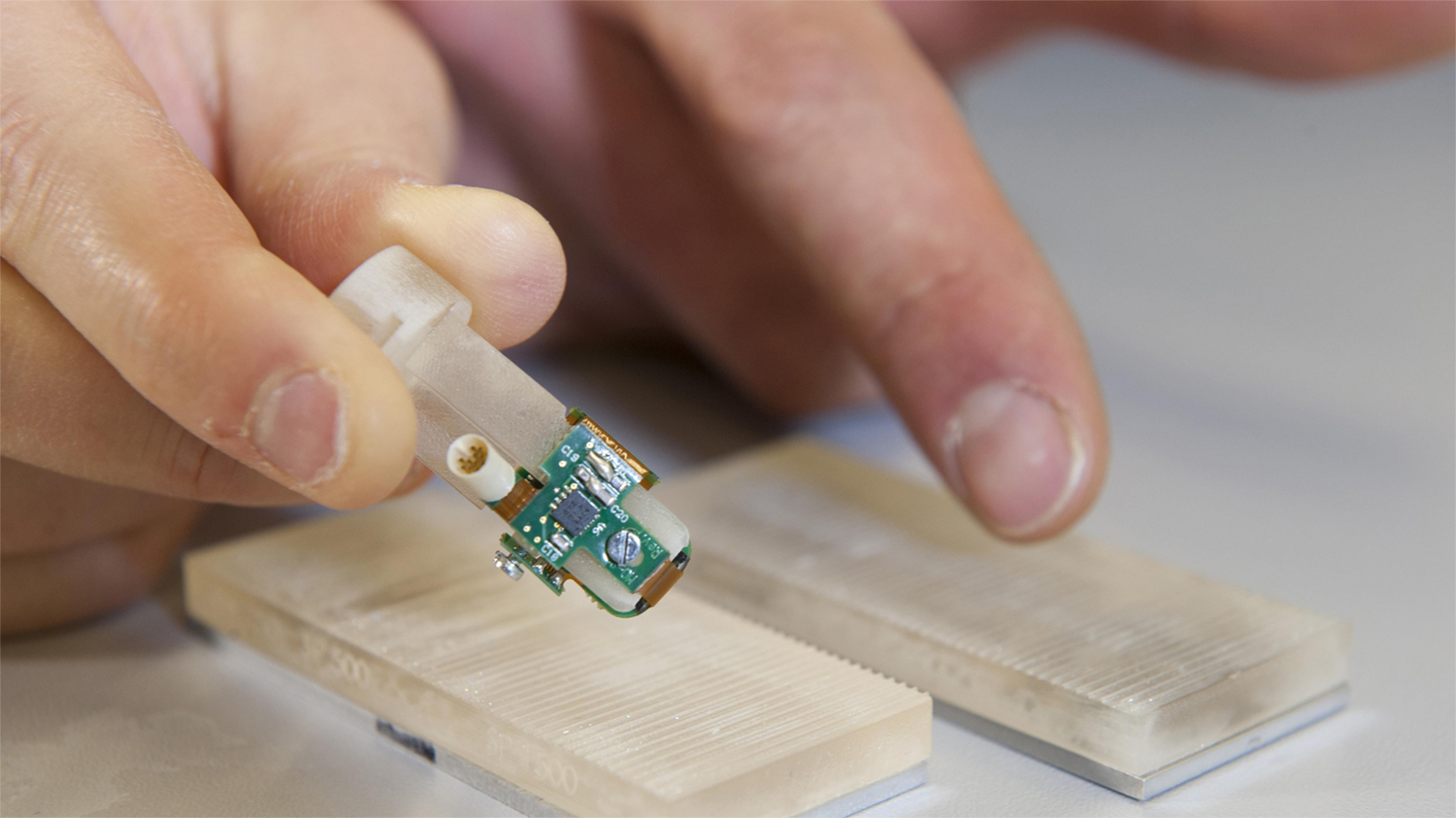 An artificial fingertip could restore amputees’ ability to feel textures of objects. The bionic device was developed by neuroengineer Silvestro Micera and his team at Ecole polytechnique fédérale de Lausanne and Scuola Superiore Sant’Anna and proved its efficiency already with their first test subject.

Scientists collaborated with Dennis Aabo Sørensen from Denmark, who had lost his left hand handling fireworkds. Eleven years later the nerves in his arm were connected to the fingertip, helping him to make a real, just difference between smooth and rough. For that to happen, Micera’s team used wires to integrate the sensors, that created electrical signals when stimulated over different surfaces and eventually, transmited all the data to a PC. That final signal went up the wires and into Dennis’ nerves, helping him to feel again. Blindfolded, Sørensen said that he “felt the texture sensations at the tip of the index finger of my phantom hand”.

On amputees, the device has to be surgically installed, but on non-amputees the testing process goes smoother, through needles that are inserted in the arm. In this way, they can accurately say how much sensation is the device transferring compared with their index finger, while wearing an EEG cap. On such kind of tests, researchers say that the subjects’ brains show the same activity whether they’re using their fingers or artificial ones.

Since they can be tested without the need for surgical installation, these devices can advance the development of bionic prostheses by a lot. It can also be translated to other applications such as “artificial touch in robotics for surgery, rescue, and manufacturing”, says Calogero Oddo of the BioRobotics Institute of SSSA, participant in the study.