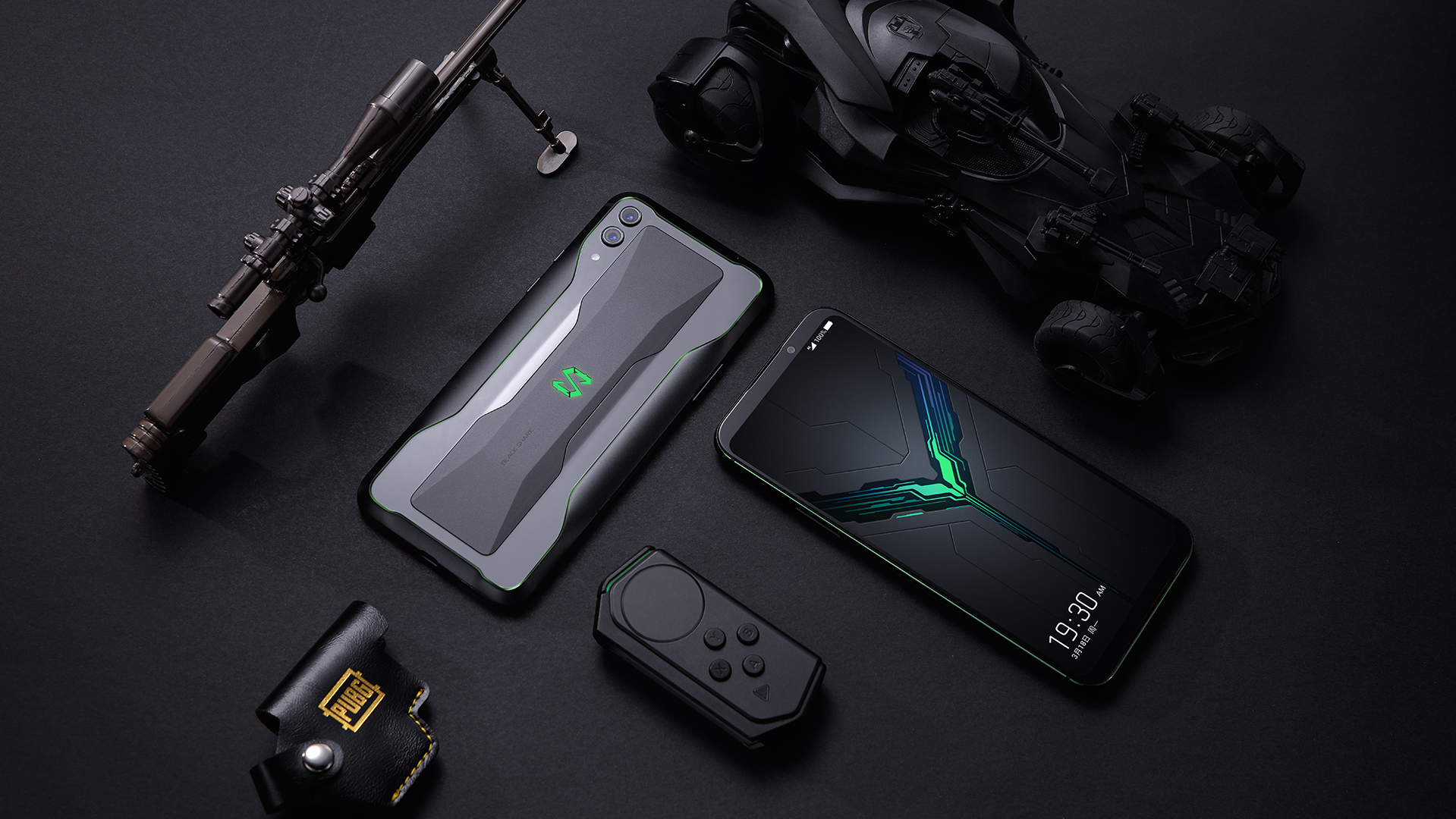 Black Shark 2 is finally here. What has become one of the most anticipated gaming smartphones this year launched yesterday in Beijing, China and brings ‘unrivaled innovations’ and ‘an unmatched gaming experience’.

The phone has a 6.39-inch AMOLED screen with a DC Light-dimmer feature, which won’t put as much strain on the user’s eyes, as well as a TrueView Multi-Adaptive Display that will allow optimal viewing across different lighting conditions with ambient color tones such as Day Light View, Night View and Reading Mode.

On the back, there’s a 48MP and 12MP dual camera combination. On the front, a 20MP camera can be found. The phone will arrive in a 6GB/128GB variant, while the premium model will offer 12GB of RAM with 256GB worth of storage.

Black Shark 2 has a 4,000mAh battery under the hood that can allegedly last up to 5 hours of intense gaming sessions. The device also benefits from fast charging even during gaming.

A X-type Smart Antenna and two other side antennas allow the phone to get a strong connection regardless of where it’s oriented.

The heart of the phone is Qualcomm’s Snapdragon 855 chipset but that’s not the only thing that makes this smartphone special: it’s also, according to the company, the very first phone to feature a direct touch multi-layer liquid cooling system. This particular system allows heat board dissipation and covers all heat areas.

The smartphone apparently has the ‘world’s most powerful cooling case’ which allows it to cool by 10 degrees in only 10 seconds.

The Black Shark 2 also has something called Ludicrous Mode, which when activated will do the same thing as turning your car into ‘sport mode’; the smartphone will unleash all of its CPU power without dropping frames.

Speaking of frames, the device also sports a Low Latency Screen Touch with the fastest response speed of just 43.5ms as well as a Master Touch, which allows the users to press on both the left and right touch zones to trigger multiple on-screen actions just by using their thumbs.

Of course, you can expect the sound system to match all the other specs: the Black Shark 2 has a dual front facing speaker that is about 25% larger than the ones you can find on standard smartphones and it arrives with 3 customized gaming microphones. Two of these microphones feature noise cancellation to aid in-game voice chatting.

The Black Shark 2 wouldn’t be a gaming smartphone if it didn’t feature some vibration; the device can recognize all the different environments in the game as well as movements, hits or weapons and it will vibrate accordingly to each and every one of them.

The phone is now available in China in Frozen Silver and Shadow Black color options with the entry level carrying a price tag of CNY 3,199 (around $480 after conversion) while the top tier model will cost CNY 4,199 (around $630).