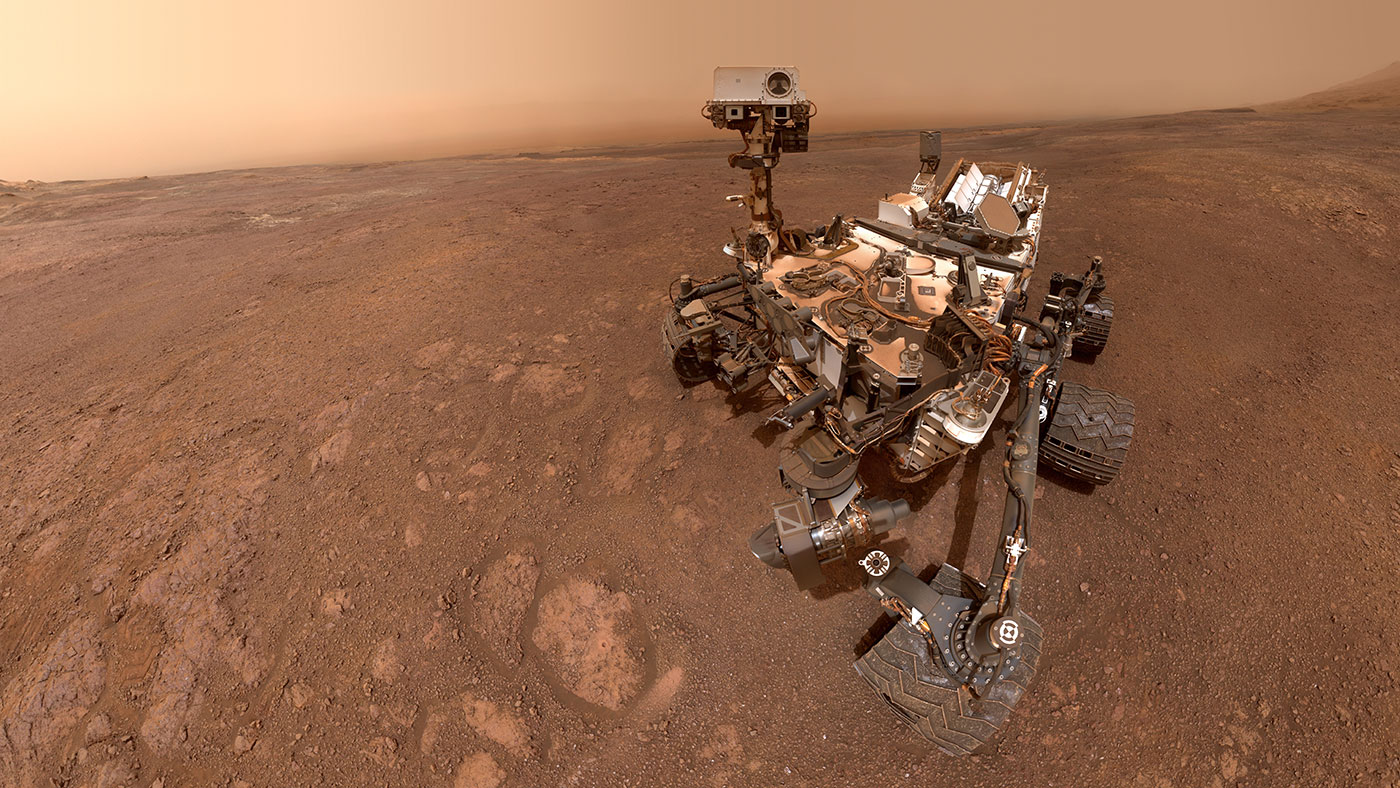 Curiosity has been exploring the Vera Rubin Ridge on Mars since September 2017, providing the scientists back on Earth with new samples and information about the Red Planet.

The rover has moved around 12 miles (20Km) in all the time it has been on Mars, but has spent over a year at the Vera Rubin Ridge and now it’s finally moving towards its next location to see what other surprises Mars has in store for us.

Before it did that though, Curiosity snapped a selfie, which shows the rover looking at the camera with what we commonly perceive as its ‘head’.

In reality, the rover’s ‘head’ is just a housing that holds the Mastcam and the ChemCam instruments. In the photo, we can see the aftermath of a local dust storm, which is also the reason the photo looks a bit dustier than what we’re normally used to see from the rover.

The selfie was taken on January 15th but in reality it’s a composite of many other Curiosity selfies – 57 of them, to be more exact. The Mars Hand Lens Imager (MAHLI) is the one responsible for all the Curiosity photos and it can capture images at a 1600 x 1200 resolution.

The MAHLI is an important tool for the scientists back on Earth: it provides them with close-ups of the minerals, textures and structures in Martian rocks as well as the surface layer of rocky debris and dust.

The self-focusing camera is just 1.5 inches wide (4cm) and can take color images of features as small as 12.5 micrometers. To put that into perspective for you, it actually means smaller than the diameter of a human hair.

Of course, NASA chose to crop the arm out in the final composite image that was presented as Curiosity’s latest selfie, which makes it look like someone else took the photo.

The rover itself looks maybe just a bit dustier than it did back in 2012, and the damage the sharp Martian rocks have inflicted on its wheels is visible, but all in all, it looks like it will still be going strong for a while longer.

The rover is moving its drill to a “clay-bearing unit” somewhere on the south of the ridge. The clay materials in that unit will hopefully contain more clues that will help the scientists understand more about the lakes that used to covered the area.