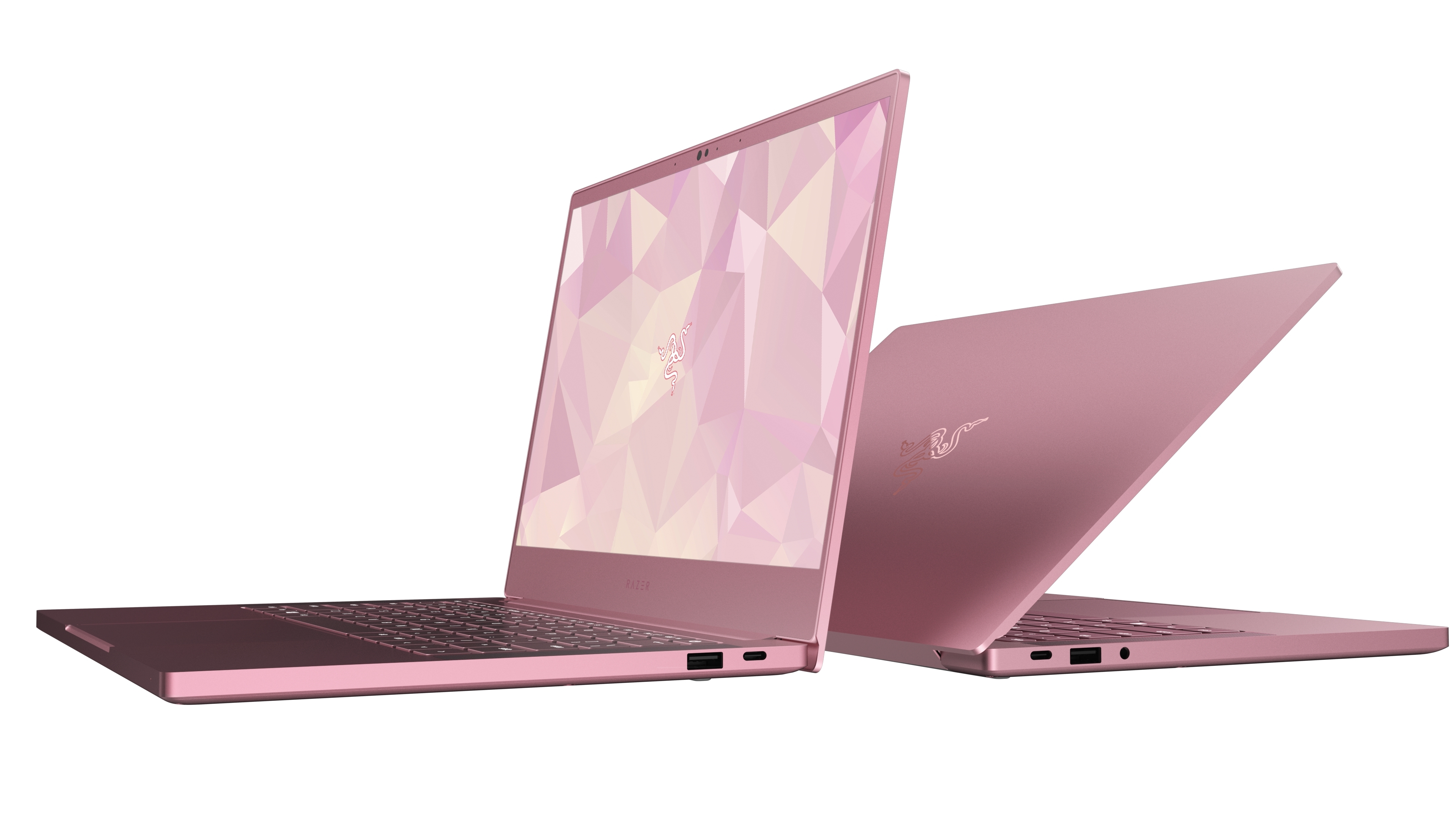 If your girlfriend is a die-hard gamer, you need to take a look at Razer’s gift suggestion for this Valentine’s Day: a new Blade Stealth laptop in Quartz Pink.

The new color also spreads out to a number of gaming peripherals that can be gathered together to make the pinkest gaming bundle that has ever existed.

Under all the pink you’ll find the same Blade Stealth that normally comes in black: it has a 13.3-inch Full HD matte display and an Intel 8th generation Core i7-8565U (Whiskey Lake) processor under the hood.

It comes with Nvidia GeForce MX150 graphics and 16GB worth of DDR4-2133 memory. With a 53.1Wh battery, Razer assures the users the laptop is good to go for about 11 hours on a full charge. To aid battery life, the Blade Stealth turns to the integrated UHG Graphics 620 GPU.

As far as connectivity goes, the laptop has two USB-C ports with Thunderbolt 3, two USB-A ports and, of course, a headphone jack.

As far as the other gaming peripherals that will be painted in Quartz Pink, the list is longer than you’d expect:

As for the laptop itself, it will come with a price tag of $1,599 but if you want to grab it (or any of the peripherals), you’d better hurry: all of them are marked as ‘limited edition’ and are only available in the U.S, Canada and China.