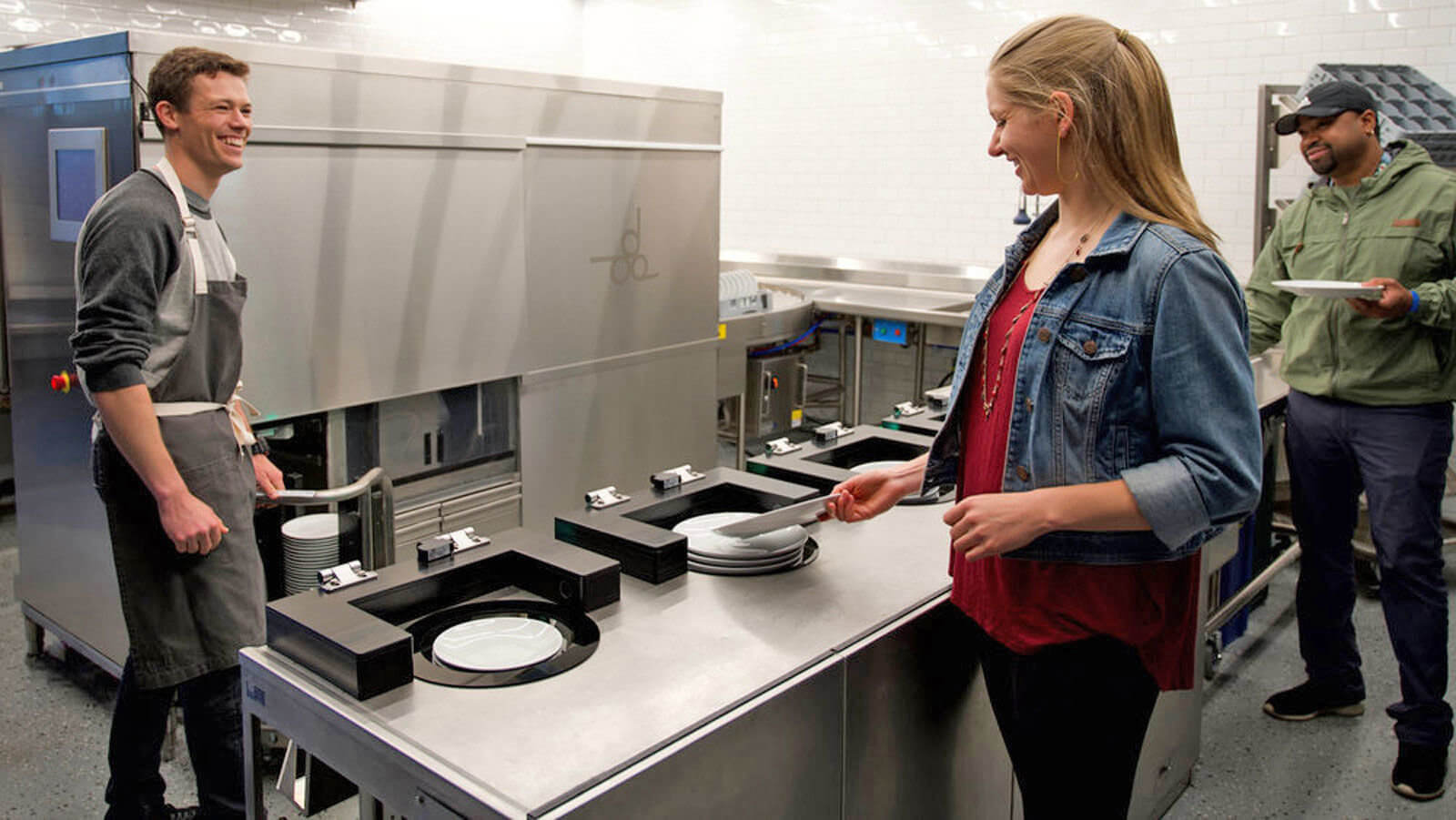 Believe it or not, a lot of restaurants, be they big or small are facing a shortage of dishwashers and it’s not hard to figure out why: it’s really… not the best job out there. In addition to being tedious work that leaves your back and arms extremely sore, it also doesn’t pay very well.

Even so, the food service industry has seen quite the boom in the past decade: food service jobs have increased by 43% and 1.8 million jobs are expected to be added to that roster in the next 10 years.

In spite of this growth, there’s not a lot of people lining up to grab dishwasher jobs. While teenagers might fill up their pockets with change working part time washing dishes in small town restaurants, that is not the case with bigger places where the plates stack up sky-high and seem never-ending.

Now, in an age that reaps the benefits of technology, we have to turn to machines to deal with the labor shortages the humans are not interested in covering.

That’s why Dishcraft decided to create an AI-powered dishwashing system that can deal with kitchens with a high turnover.

Dishcraft raised about $25 million to date from investors like Baseline Ventures, First Round Capital, and Lemnos.

“One of my first jobs was as a dishwasher, so I’ve seen first-hand how outdated and inefficient dishrooms are today and how important they are to the overall operations in a kitchen,” Steve Anderson, Baseline Ventures founder said in a press release. “Dishcraft is bringing entirely new thinking, technology, and processes to tackle this problem, and it is long overdue.”

All the employees have to do is drop the dirty dishes into stacks that are loaded into the beast of a system. They can add about 90 plates at a time. The machine then uses a vision-based AI system to inspect them for cleanliness and will wash them again if it notices that any food remnants are left anywhere.

The machine only uses cold water to clean the dishes, no chemicals involved, which means that water can be recycled.

Once it decides that the plates are as clean as they can be, the machine will exit them on a dishrack.

However, the system only cleans dishware. It won’t cleanup glasses or any silverware. It also doesn’t’ sanitize them – that’s something the kitchens will have to do with their existing machines.

The system can be installed on-site or the kitchens can opt for a “dishes as service” option. This option provides the kitchen with enough dishware for two days worth of service and will subsequently come and pick up the dirty ones and wash them off-site.

For the time being, the dishwashing robot is still undergoing a pilot program, so pricing has not yet been disclosed but it’s enough to look at it and get an idea how many zeroes will come attached to its price tag.