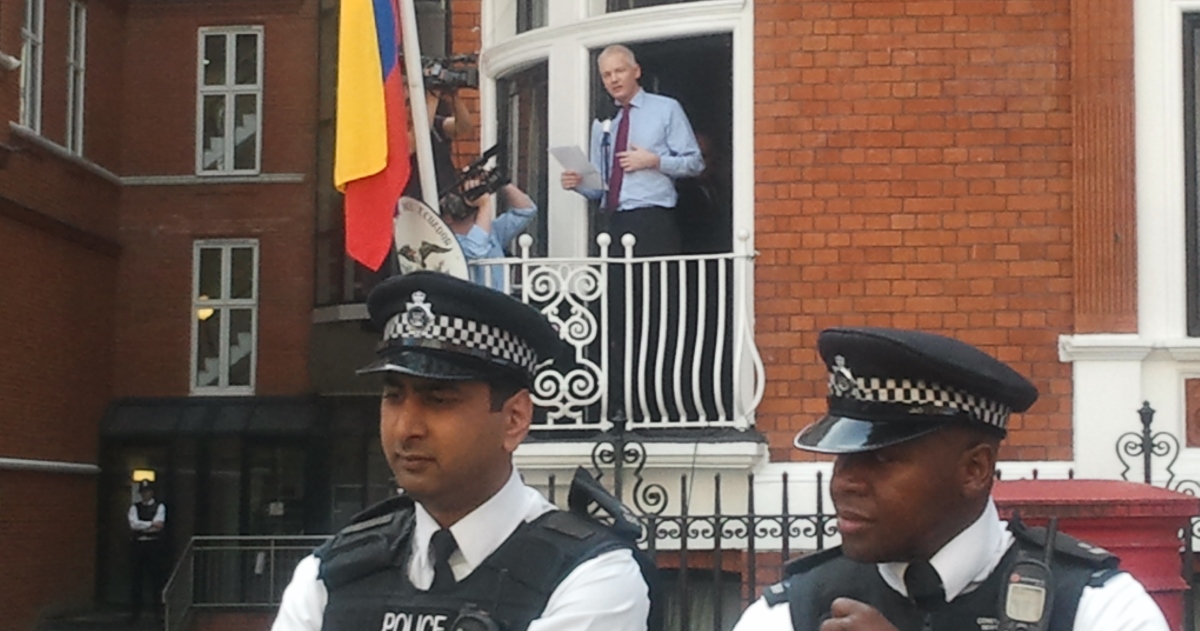 Five days ago, Ecuador revoked Julian Assange’s 7-year long asylum and turned him over to the UK authorities, which promptly arrested the Wikileaks chief.

Since then, Ecuador claims to be under siege from Assange supporters and “groups linked” to him.

Patricio Real, Ecuador’s deputy minister for information and communication technology, said in a statement that the webpages for his country’s public institutions experienced 40 million cyber-attacks.

Among the hardest hit were pages for the central bank, the foreign ministry the president’s office.

“During the afternoon of April 11 we jumped from 51st place to 31st place worldwide in terms of the volume of cyber attacks,” he said.

The deputy minister said that the attacks “principally come from the United States, Brazil, Holland, Germany, Romania, France, Austria and the United Kingdom,” but that countries from South America also show up on the list.

No major hacking groups were named in Ecuador’s statement, though famed Anonymous apparently made a threat.

Real also didn’t specify what type of attacks Ecuador’s website experience. He mentioned that no hacker managed to steal government data but that the attacks prevented some employees and citizens from accessing their accounts.

As Real called the attacks “volumetric,” he most likely referred to a type of DDoS attack in which hackers send a lot of traffic to a website hoping to overwhelm it.

While this is a serious threat to a network, the attack itself can be perpetrated even by those without a lot of technical knowledge.

Ecuador will receive cybersecurity support from Israel to handle the incidents. It has also made motions to arrest a suspect, Swedish citizen close to Assange.

Right now, Julian Assange is in the UK authorities’ hands and waiting to see if he will be extradited to the US to face conspiracy charges.

He was also stripped of his Ecuador citizenship, which was granted in 2017 under a different Ecuadorian regime.