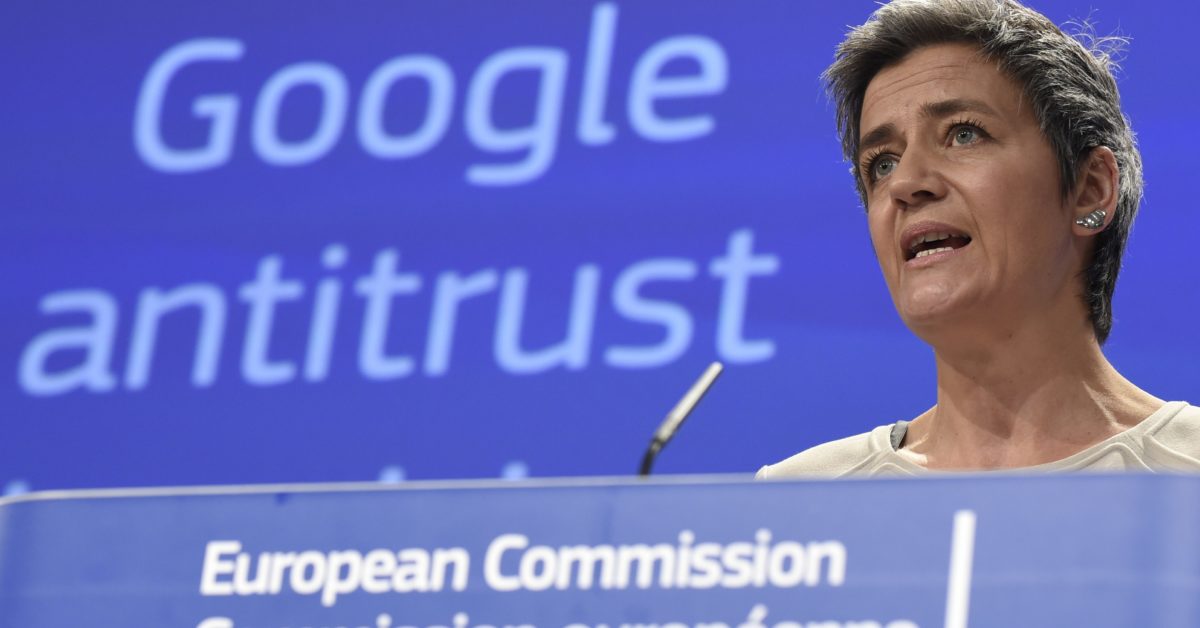 It was just yesterday that we were telling you about Google’s decision to allow European users to choose their own browser and search engine, following a $5 billion fine from the European Union (EU);today, the EU added another €1.49 billion to the previous five and announced it during a press conference that took place yesterday.

The EU found Google guilty of breaking antitrust laws yet again but this time for preventing third parties from using the company’s advertising tool AdSense in order to display search ads.

Back in 2006, Google started selling AdSense to customers for search products and allowed retailers to place a Google search box on their websites. Every time users used this search box, Google sent a few ads their way and split the resulting commission with the owners of the websites.

The catch was that Google made the website owners sign contracts that forbid them from adding any other rival search engines on the site. This decision was revoked in 2009 but only under the condition that Google’s search engine would feature more heavily than the others.

Once the EU made a case out of it in 2016, Google gave up on these conditions completely.

European Commissioner for Competition Margrethe Vestager, who has been leading the battle against the tech giant said that Google’s “misconduct lasted over 10 years and denied other companies the possibility to compete on the merits and to innovate – and consumers the benefits of competition.”

This is just one of the three cases Google has on the roll in Europe: previously, the company has been accused of abusing its dominance on the market and for manipulating shopping search results.

Google has denied and fought against all previous charges and will most likely continue do to so, especially since its search engine is extremely dominant in Europe – it’s market share on the continent tops 90%.

This new fine brings Google’s total bill to a grand total of €8.2 billion, which translates, roughly, into no less than $9.3 billion and Google seems set on fixing its wrongdoings.

The company’s SVP of Global Affairs, Kent Walker, has said that “We’ve always agreed that healthy, thriving markets are in everyone’s interest. We’ve already made a wide range of changes to our products to address the Commission’s concerns. Over the next few months, we’ll be making further updates to give more visibility to rivals in Europe.”

For now, the EU has not opened any new cases against Google but Vestager did mention during the press conference that the organization is keeping a close eye on Google’s business and hinted that we might see some new cases being opened against the tech giant in the future.