Surface Book 2 - The Next Generation of Computer and Tablets

Welcome to Extraordinary Tech 2018 Day 3. Join Buchanan, Joelle, Mike and myself on our adventures as we test out some of the best tech available in 2018. Every Monday, Wednesday and Friday we’ll be showcasing devices that came with us on a cross-country trip this summer, ranging from an outdoor speaker that will change the way you think of sound to a smartwatch that offers the best fitness features at an affordable price. Along the way, we’ll be hosting giveaways of some of the tech featured in this series, so stay tuned!

All you could see was a flurry of motion. We were supposed to capture product stories and pictures, but the golden hour was on us before we knew it. We didn’t have any time to waste; it was now or never. 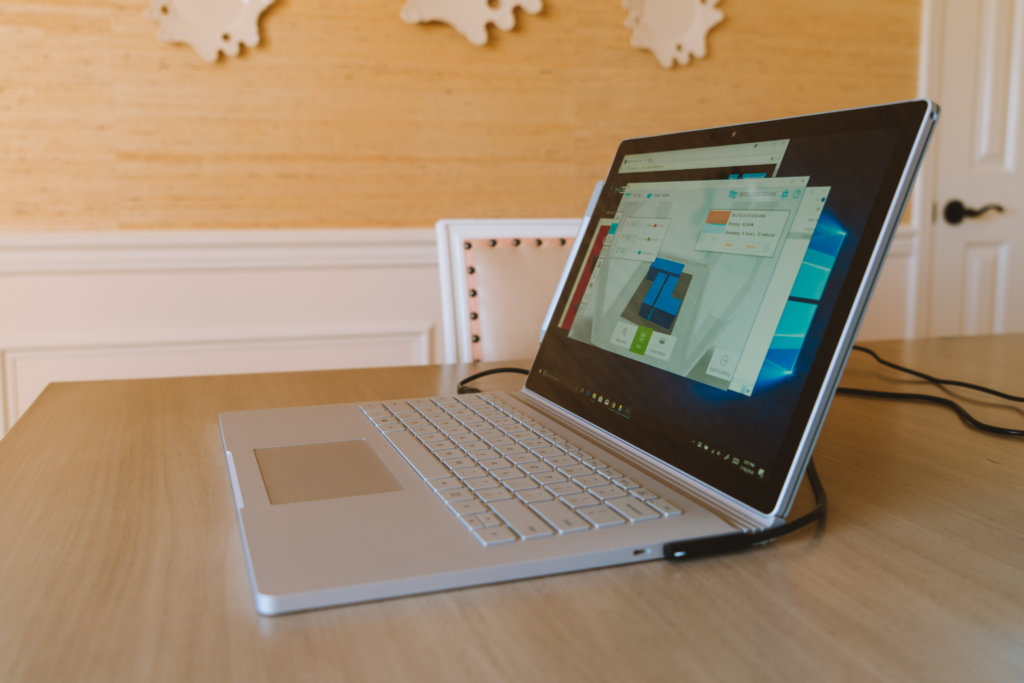 The Surface Book 2 was whirring away in the living room – attached to a 3D printer (look out for our article next week!) printing the new TechTheLead logo. Only half done, we didn’t have time to let it finish. With a click of a button, the screen detached from the keyboard.

I stood for a second, shocked. While we might have lost the print, the transition from a traditional laptop experience to a tablet was seamless. There was no pause, no reboot. Just a small click.

“Patrick we lost the light because of you!” the guys told me instantly, a hint of frustration in their voice.

All I could respond with was, “I’m sorry. But here, Buchanan, just try it out while we’re here.”

Handing the Surface Book 2 over to Buchanan, I could see the trepidation in his eyes. A couple minutes later, his face lighting up brighter than the backlight of the screen. After exploring the drawing app, he went of to browse the web, testing out the touch screen and Microsoft Surface Pen fidelity, Buchanan trial run turned into pure enjoyment. 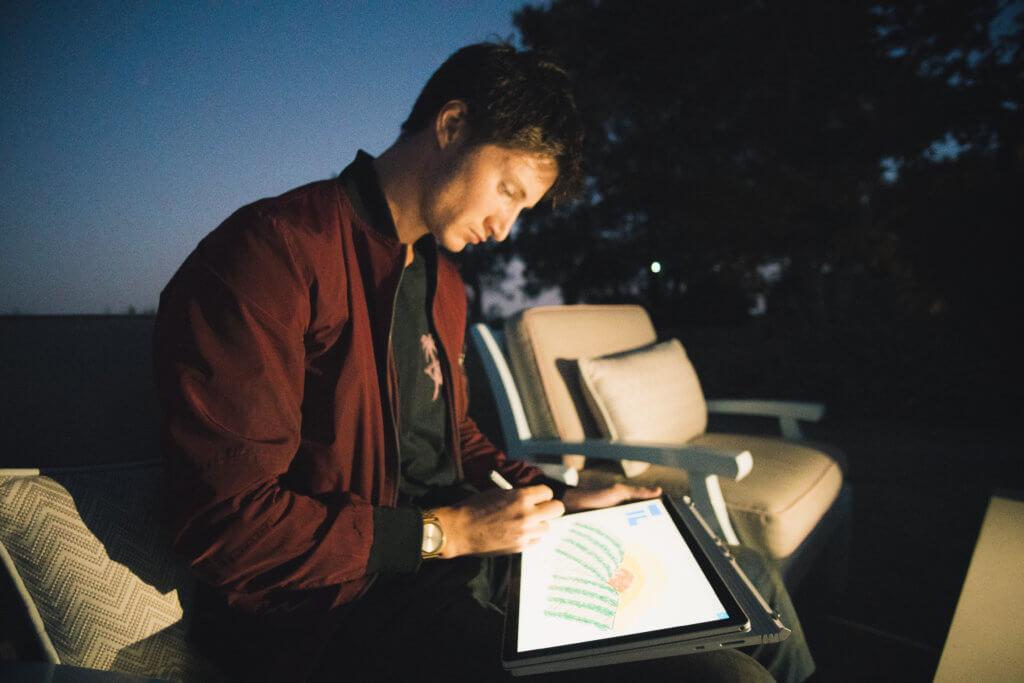 I turned around to see Mike set up his camera frantically. I understood why; it’s shocking to see a computer transform into such an incredible tablet seamlessly. But it’s what the Surface Book 2 did. And I heard a small mumble:

If you’re in the market for Microsoft’s Surface Book 2, it’s likely because its reputation has preceded it. The original Surface Book made waves, built to do one thing and one thing extraordinarily well: act as a computer tablet.

Just like its predecessor, it does that one feature extraordinarily well. Yet, because of the upgrades to the stability of the hinge as well as the fidelity of response on the touch screen, the Surface Book 2 is not a computer tablet like the original Surface Book. Instead, it would be better to label this new model as a computer and a tablet.

Wrapped in that difference is a strong user experience when in both computer and tablet mode. Neither mode feels like a compromise; it feels more like a synergy – a symbiotic relationship meant to enhance the experience of the other. The tablet is as powerful as a computer; the computer has touch features as receptive as some of the best tablets out there.

It may be just an overlooked detail to many, but it makes a world of a difference

The Extraordinary Tech series was produced in partnership with Xperi. We were not compensated by Microsoft. The Surface Book 2 is available at microsoft.com starting at $1,199.