Welcome to Extraordinary Tech 2018 Day 12. Join Buchanan, Joelle, Mike and myself on our adventures as we test out some of the best tech available in 2018. Every Monday, Wednesday and Friday we’ll be showcasing devices that came with us on a cross-country trip this summer, ranging from an outdoor speaker that will change the way you think of sound to a smartwatch that offers the best fitness features at an affordable price. Along the way, we’ll be hosting giveaways of some of the tech featured in this series, so stay tuned!

We could hear it before we saw it. The consistent whirring filled the air growing louder until we could see a spec in the distance. The spec grew larger, flitting side to side smoothly and gracefully until arriving just a few feet in front of us. Deftly, Mike guided the drone to a safe landing, when after a couple of beeps, it stood still.

“You’re up,” Mike said, handing the controller over to me.

I reached out to it with nervous energy; my hands were shaking and sweaty as I tentatively grabbed the controller from him. It fit my hand perfectly! The two joysticks, with a couple of buttons and left and right triggers made it feel like a video game controller while Mike’s iPhone attached to it gave me a drone’s eye view. 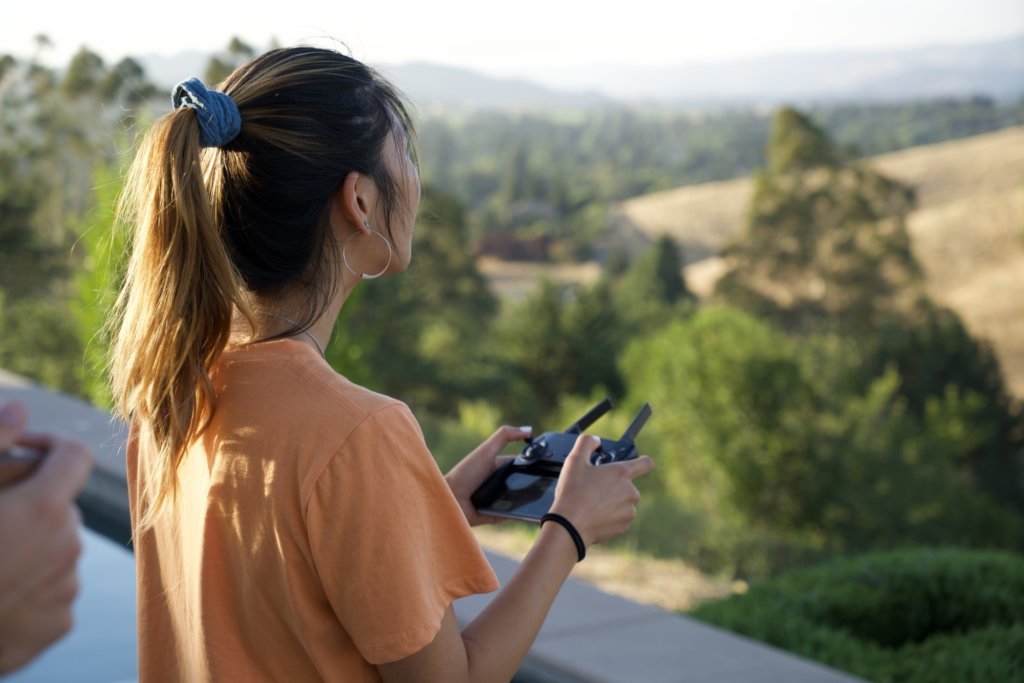 The drone controller feels like a game controller, making it feel familiar and easy to use.

I had never flown a drone before; my heart was pounding, not wanting to crash it accidentally. I took a couple deep breaths, gripped the controller a little tighter, and launched the drone.

The rotors clicked on. Little spirals of dust started forming as the drone lifted upwards. Even for a novice like me, it was easy to keep it stable. Maybe a little more jerky than when Mike flew, the Mavic Air still made its way forward. My eyes followed it – as long as I could see it, I felt I was in control. But then, it grew smaller and smaller until it vanished from my sight.

Without the drone to follow, my eyes drifted downwards to the controller. As my eyes landed on Mike’s iPhone tucked away in the controller, I was blown away by the expanding landscape seemingly below me. His smartphone had been transformed into a viewfinder. While standard for DJI drones, it was still shocking for a novice like me. The 4K recording was undeniably stunning – the rolling hills filled with vineyards, the small, almost imperceptible lift of the waves followed by the light white foam as it crashed on itself, the dots of the cars, houses, and people. All of this was there for me to see from this unbelievable new perspective.

I brought the drone slowly back to us, taking in everything I could along the way. As before, the whirring came first, then the drone. I clicked return home, the Mavic Air subsequently flying home and landing automatically. 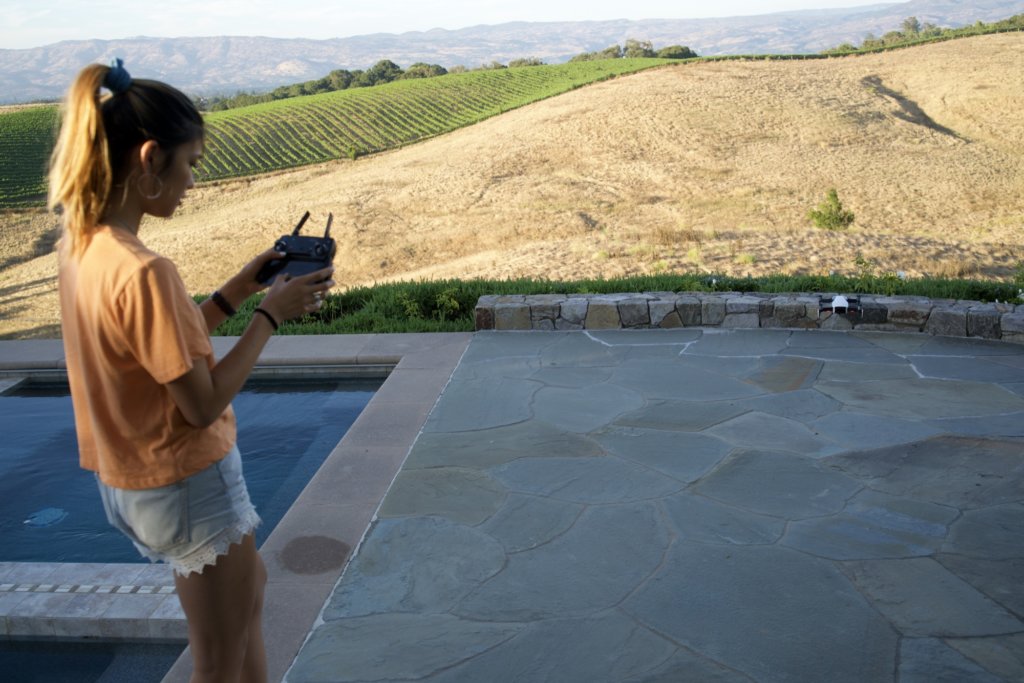 Landing the drone is as easy as a click of a button.

It was a surreal experience overall, feeling like I was actually the one flying, seeing the world from a whole new angle. My hands were shaking, though now from adrenaline and excitement rather than anxiety and fear.

I turned to Buchanan, another member of the Extraordinary Tech team who had never flown a drone.

“You’re up,” I said, holding out the controller for him.

He reached out to it with nervous energy and I could see he was just about to go on the same journey I had. Only Buchanan decided to play with the gesture control feature as well. From afar, it looked just like magic! Kind of like a “Wingardium Leviosa” spell, no wand needed.

DJI has been the leader in the drone market. Picking a drone from their arsenal was hard, but we thought the Mavic Air struck a nice balance between price and features. Equipped with 4k video recording, a 3-axis gimbal stabilizer, and 3D environment sensing, the Mavic Air is sure to capture any scene with ease and smooth crispness. Additionally, it comes loaded with gesture controls, Smart Capture and Quickshot modes, the same features packed in more expensive models as well.

Even with these specs, it remains one of the lowest cost options for professional drones. Not only that, but its small form factor is also perfect for traveling, folding until it’s as small as over ear headphones.

It’s really the perfect drone; it is easy enough to use and has features like Quickshot and Return Home that gave novices like Buchanan and myself confidence to properly fly it and take aesthetically pleasing shots. For an experienced drone flyer and travel blogger like Mike, the high skill cap allowed him to show off his talent and maximize the potential of aerial recordings.

The DJI Mavic Air should be your go to option for anything from recreational to professional use.

The Extraordinary Tech series was produced in partnership with Xperi. We were not compensated by DJI for this review. The DJI Mavic Air is available at store.dji.com starting at $799.