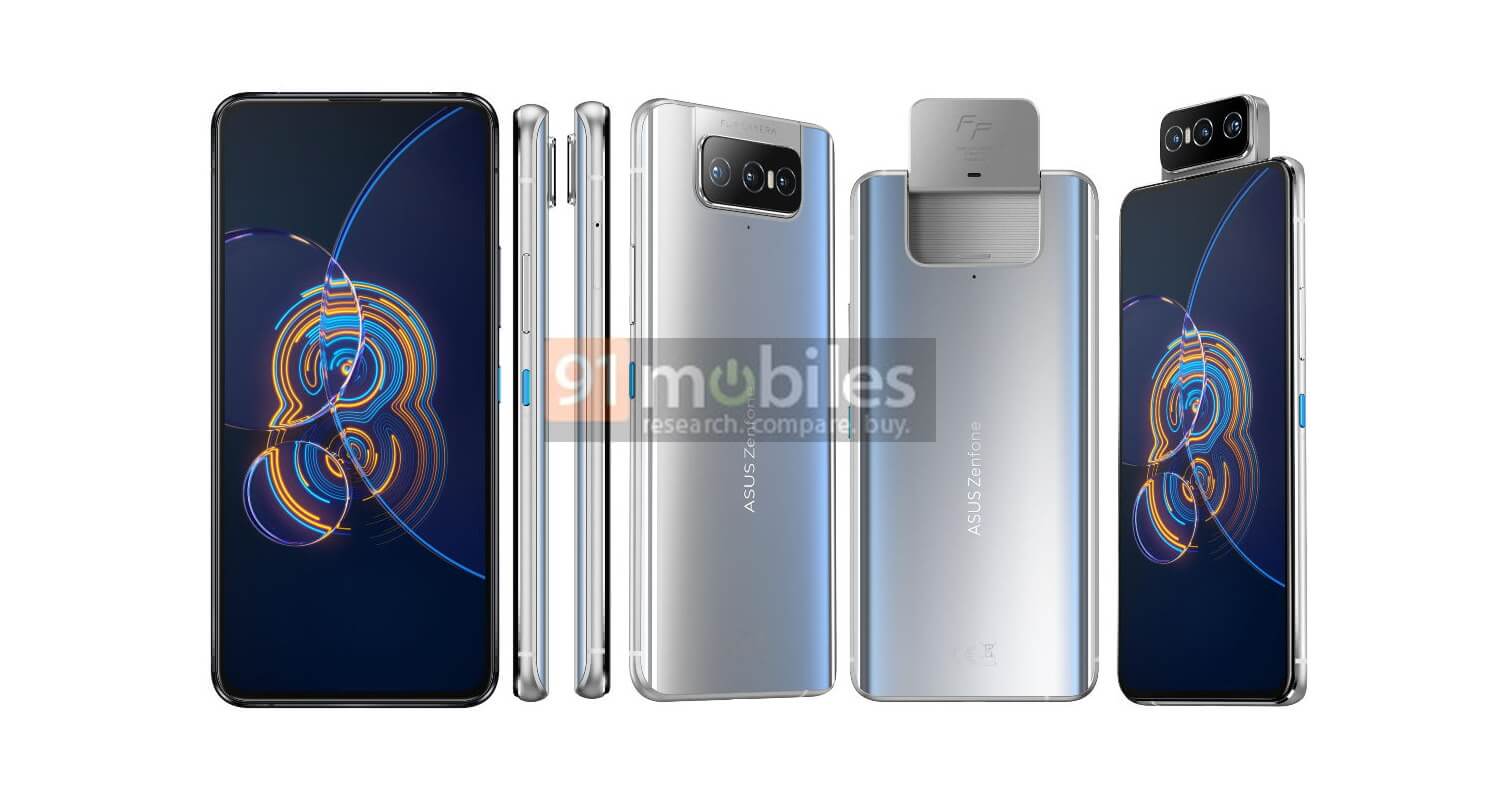 Thought the age of pop-up or flip selfie cameras was over? Think again, cause ASUS is still committed to this quirky concept.

Some renders of the Asus ZenFone 8 from 91Mobiles show a phone with a back camera that flips up to become a front camera!

It looks to be an identical camera setup to the Asus ZenFone 7 Pro from 2019. You’d think it would make sense for Asus to keep up tradition but nowadays most other phone makers who experimented with pop-up cameras seemingly abandoned the concept – think Samsung A80 or Oppo N1, both one-off launches.

Still, if you consider that a pop-up flip camera makes it so that the display is full, with no notches or punch holes, they do carry some appeal.

The previous Asus model, the ZenFone 7 Pro, carried top of the line specs when it launched, from Snapdragon 865 5G to 8GB of LPDDR5 RAM and up to 2TB of internal storage thanks to the MicroSD slot.

Expect the same from the ZenFone 8 Flip – it will have at least 8 GB of RAM and will be powered by the latest Snapdragon 888.

There will also be two ZenFone 8 models, but only the one named “Flip” will carry the titular camera.

The ZenFone 8 Flip will reportedly have a massive 6.67-inch screen, a 64 MP main camera, a 12 MP macro camera and an 8 MP telephoto camera.

The more basic model, the ZenFone 8, will have the same 64 MP + 12 mp macro sensor but won’t have the 8 MP telephoto lens.

The screen will also be smaller, coming in at 5.92-inch FHD+, but the processing power will still be handled by the top-of-the-line Snapdragon 888.

Expect to see both devices fully just a couple of days from now. Some outlets are reporting that Asus will unveil the ZenFone 8 and ZenFone 8 flip on May 12, so they might be on the shelves this summer.