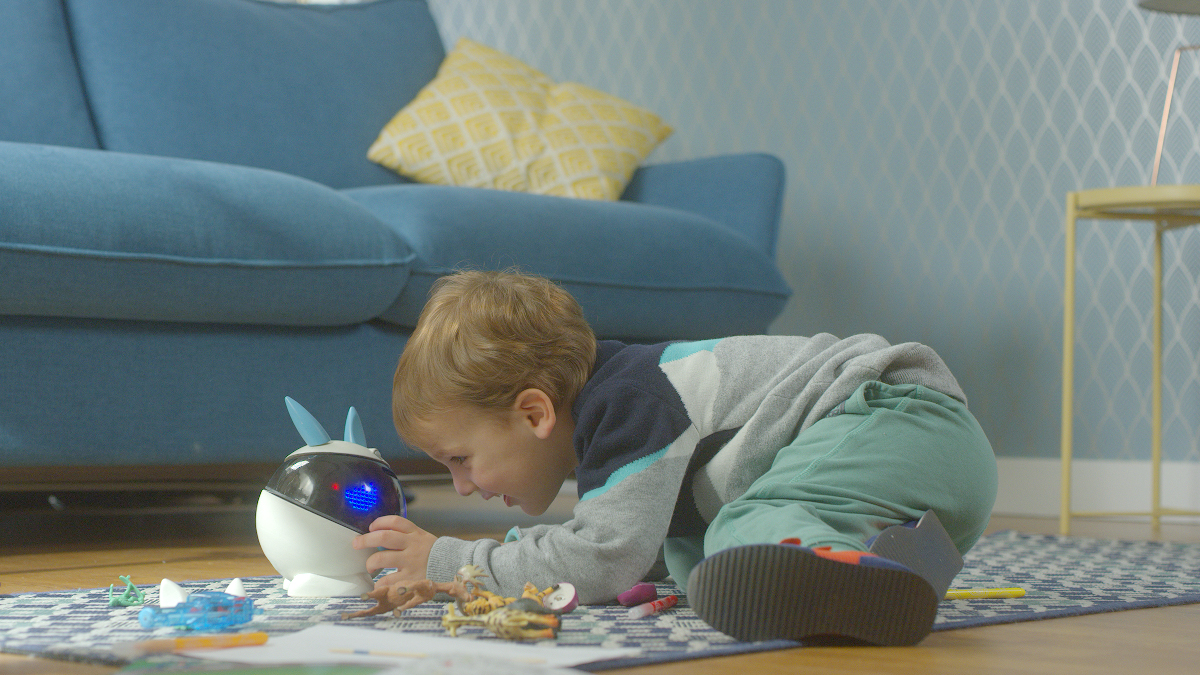 We all assume that, in some form of another, the children of the future will be surrounded by robots. And who are the best people to create such robots if not parents? A French couple thought the same and build Winky, an educational robot for their kid and others.

While expecting their first child, these parents made Mainbot a reality. Mainbot is a start-up that wants to prepare children aged 5 to 12 for the world of tomorrow by helping them take their first steps into robots and programming with the help of the machines themselves.

The duo thus created Winky, an educational, customizable robot that was not only tested but also fully approved by over 4,000 French families.

They begun building Winky at X-UP, a startup accelerator and incubator at École Polytechnique, one of the most prestigious and selective scientific and engineering schools in France.

The project got the attention of people like Bruno Maisonnier, creator of the Nao Robot and former president of Aldebaran Robots, and Jerome Bedier, former secretary general of the Carrefour Group, both of which now count among the Mainbot shareholders.

To begin with, the robot can be assembled in 24 steps, a process that helps the children understand how the robot was built and how it works the way it does. It also supports accessories that give it more degrees of freedom, with a two-wheel module currently in development.

Winky is integrated with Artificial Intelligence and its personality will evolve organically via the interactions it has with its environment and the people around it.

Winky teaches children how to program with a companion tablet, via a block-based visual language that allows them to create their own applications such as an alarm clock. The kids can even program Winky with different expressions and they can create their own games.

In addition to that, the children also have access to memory games that combine teaching and entertainment and aid their concentration levels. The robot offers the children access to games and apps that touch on topics like math, science nutrition or reading.

And don’t worry, Mainbot knows how quick children get bored of their toys: in addition to all of its apps and games, Winky’s design can also be customized. The children can create and attach their own modules, which the company will 3-D print and deliver right to your home. These modules include Winky-Pandas, Winky-Bunny and Winky-Cat kits.

The project went up on French crowdfunding platform Ulule on May 14th and reached its funding goal in just one hour, subsequently raising over $100,000 over the course of the campaign.

Winky’s retail price is expected to be $225 and the campaign backers will receive their own robot in November of this year.