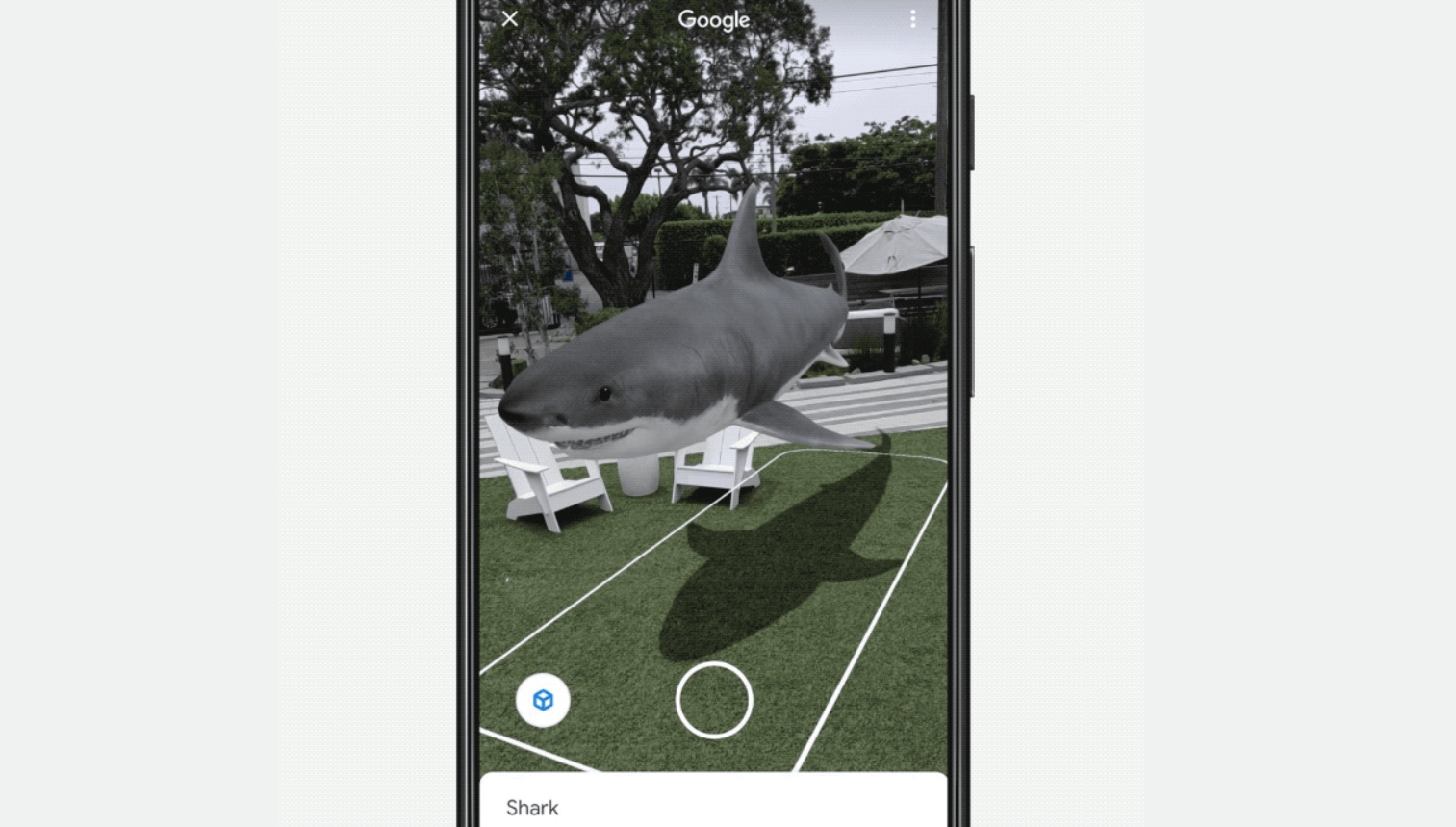 More than one year ago, Google Search took the power of AR to the next level. Basically, Google started letting you see and place things in 3D around you, starting with animals. But they didn’t stop here. Here is how to search for objects in 3D and more on your computer, Android and iOS devices.

“View in 3D” was a feature Google introduced to show visual results in 3D form, instead of 2D, allowing you to also place them in your environment. All in all, it was a feature adults can have fun with and children could learn a lot from.

Google Search in 3D: What can you actually see?

Google started with a variety of animals such as a lion, tiger, cat, bear, leopard, wolf, snake, horse, deer, turtle, cheetah, eagle and many more.

Get a glimpse of how it works in the screenshots below:

Another amazing example of this augmented reality technology was shown during the Google I/O 2019 event by placing a 3D version of a Great White Shark . That was quite an entrance!

“Now, when you search for something like ‘muscle flexion,’ you can view a 3D model built by Visible Body, right from the search results,” the company’s Aparna Chennapragada said on-stage during the event.

One year later and Google has expanded its portfolio to anatomy, from the human digestive system to the skeletal system and circulatory system. Google is also letting curious minds explore in augmented reality cellular structures like eukaryotes or the Golgi apparatus and physics, biology, or chemistry terms (chemicals and bonds).

Plus, a recent update made it possible for drivers and propective buyers to see the inside and outside of cars in 3D.

It’s really simple, actually. You just have to Google Search the object, animal or thing you are interested in and then look for the card that says “View in 3D”.

But don’t forget, in order to use this feature, your smartphone needs to have Android 7 and up and support ARCore for interactivity. See if yours made the cut here.

As for Apple users, their iPhones need to run on iOS 11 and up and be a relatively recent release – from iPhone 6s to iPhone 12. In this case, users can access the 3D results via Safari, Chrome, or the Google app.

If you’ve seen so many posts with animals in folks’ living rooms and don’t know how to replicate the effect, you’ll have to look for Object View. Once you find it, look down to see “View in your space” – tap it and Google will require access to your camera, mic, and more.

If you decide to go with it, you’ll need to walk around your environment a bit. The camera will show Google what’s it working with and your chosen items will appear afterwards in your home.

The company believes it will prove especially useful for brands: “That way, you get a much better sense for things like what does the grip look like on the sole, or how they match with the rest of your clothes,” Chennapragada stated.