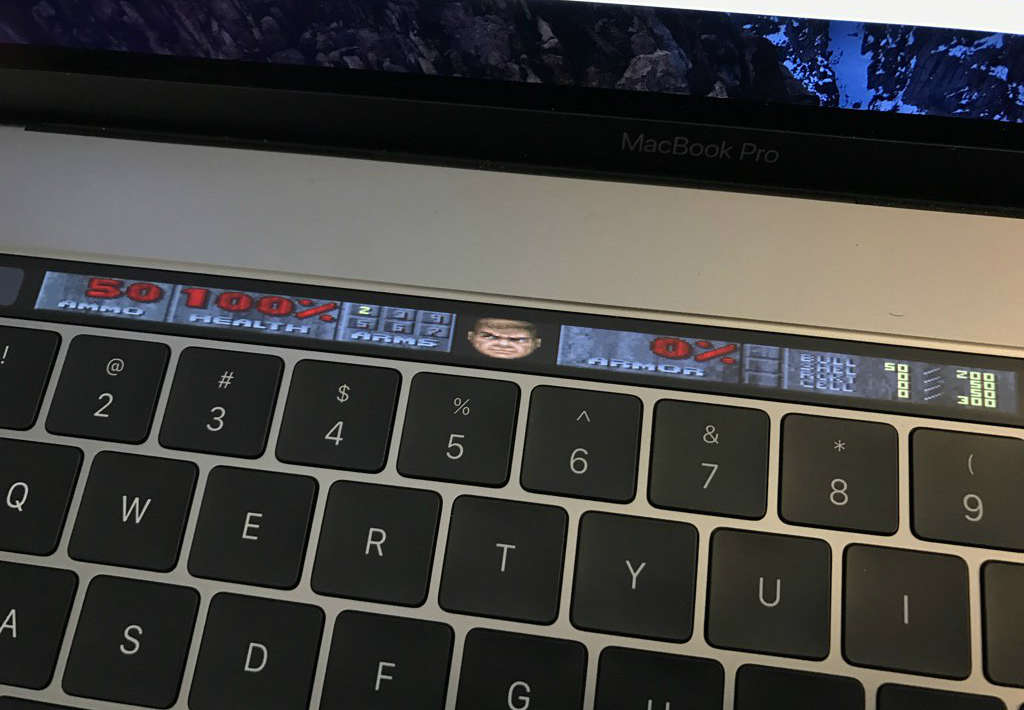 Got an opportunity to try the latest MacBook Pro? Clearly, you’re anxious to see what the Touch Bar can do. If you’re an iOS developer, you’ll even get creative. This guy, for example, tried to run classic FPS “Doom” on it #softwaremagic

Adam Bell put the Touch Bar to the ultimate test by trying to run a classic PC shooter on it. As you can imagine, the 2170 x 60 resolution can barely showcase “Doom” but it’s enough to get us excited! You can see some of the game’s graphic and audio in the video below:

Even more impressive was Bell’s second shot at running the heads-up display. As opposed to the video above, this one is really representative of the game’s panel with stats like Health, Ammo, Armor:

Side note, as ridiculous (ly amazing) as Doom is running on the Touch Bar is… the HUD is equally great pic.twitter.com/RFwq7nJ7ae