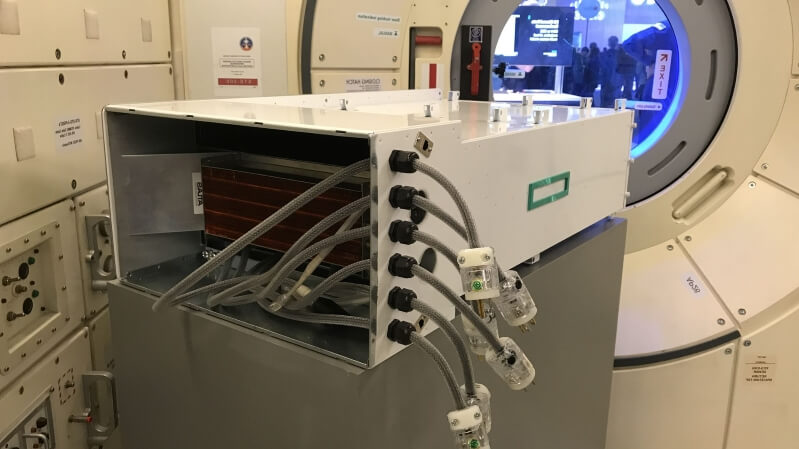 Hewlett Packard sent out its Spaceborne computer to the International Space Station on a SpaceX CRS-12 rocket back in August 2017 as part of an experiment conducted by the company and NASA to run a high-performance commercial off-the-shelf computer system in space.

The goal was to have the computer operate seamlessly in the rough conditions of space for about the same time it will take us to travel to Mars: one year.

A supercomputer is an invaluable asset for a space mission but the question remains if it can continue to operate to the best of its abilities when dealing with high levels of radiation. Even the machinery on the ISS experiences occasional fluctuations in both power and temperature – the only reason they haven’t completely fallen apart yet is because all the ISS electronics have been built with protective hardware.

Unfortunately, choosing this option means a lot more money and more time invested in building them.

So Hewlett Packard invested in software instead, software that can allow the machine to monitor that its parameters are nominal and, in case they are not, to take the measures it needs to take to avoid the damage, such as completely shutting down.

Spaceborne spent most of its time on the station being checked remotely by Hewlett Packard if its components worked as they should. While it was only supposed to spend about a year aboard the ISS some scheduling changes extended its stay so Hewlett Packard saw the silver lining in the situation and attempted to see how far it can push it.

Spaceborne thus ran a NASA program during its extra time aboard the station and tested the software spacecraft use for navigation when entering Earth’s atmosphere.

Eventually, the supercomputer returned to Earth on Monday, again, on board a SpaceX cargo capsule. Hewlett Packard will receive it on July 8th.

After getting Spaceborne back, they will have a look at it and make a note of how the components ‘aged’ and which ones have failed. All that information will be used to create Spaceborne’s successor but it will still not be ready to be sent out to actual missions just yet.