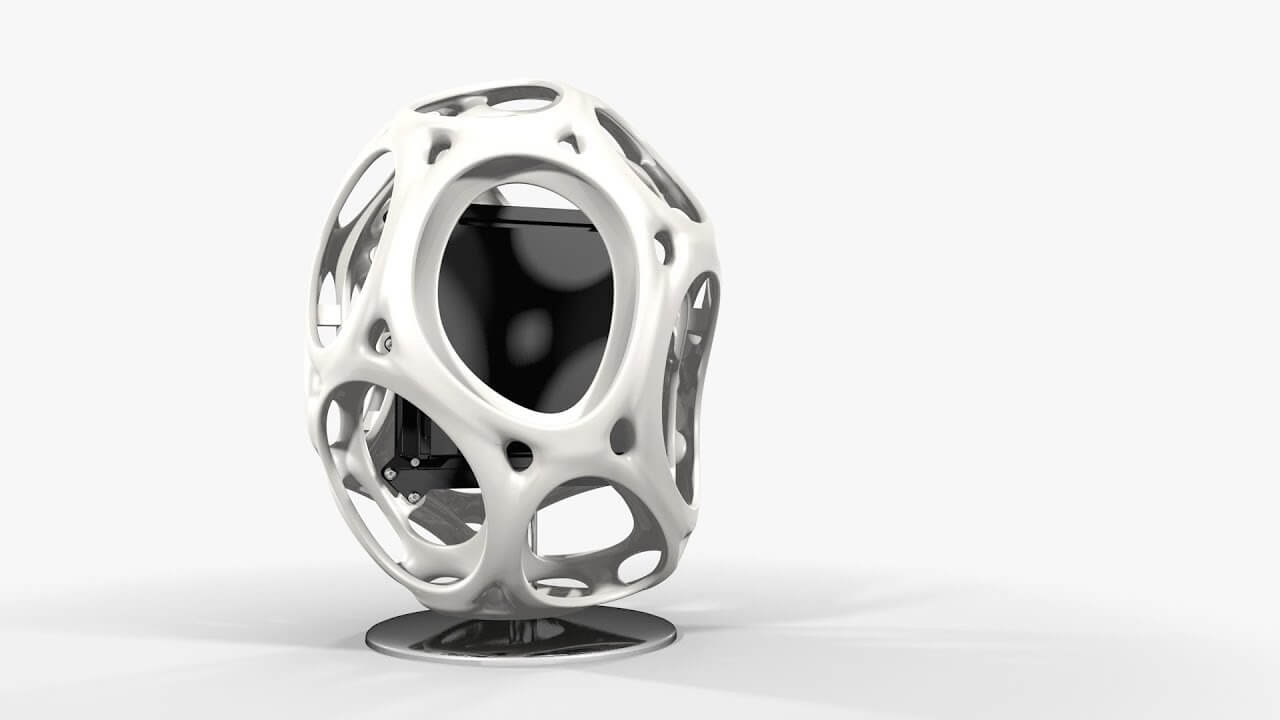 There’s some of us who really love customizing our PC’s for that extra bit of ‘oomph‘ that makes us say: ah yes, that design defines who I am as a person perfectly!

There’s endless ways you can customize your PC but if you would rather not go the DIY way, In Win definitely has you covered when it comes to unique designs. The company brings in something new every year, especially during Computex and this year’s event was no different.

InWin introduced its 9th-generation Signature Series cases, also known as Yǒng, to the world during the evnt. The cases are 3D printed to order in ABS plastic and the users can choose any color they want for them.

They look a lot like an organic life form you might find on a distant planet and indeed, the designs did draw inspiration from nature, just that it’s Earth’s nature and not an undiscovered planet’s ecosystem: they imitate the butterfly pupation process.

The Yǒng full-tower E-ATX open-air chassis works with a number of motherboards, graphics cards and cooling systems and arrives with a metallic carcass with USB and audio connectors onto which you can install any PC components you might need, as well as a metallic stand.

If you do want to purchase one, you’ll have to do it via the InWin website. You’ll be able to choose the concept you like best and customize it however you want before the company will produce it and ship it to your doorstep.

The process is not easy though, it actually has 13 steps: the company first has to 3D -print it, polish, paint and glaze it before it paints and polishes it all over again in a process that is mostly done manually.

Each case has its own unique number, so the chassis is exclusive to the user but the downside to it all is the price: every one of these cases will cost somewhere around $4,000.

Even so, it’s still not InWin’s priciest case: the Z-Tower Silver, which was launched last year, came with a price tag of $5,500.