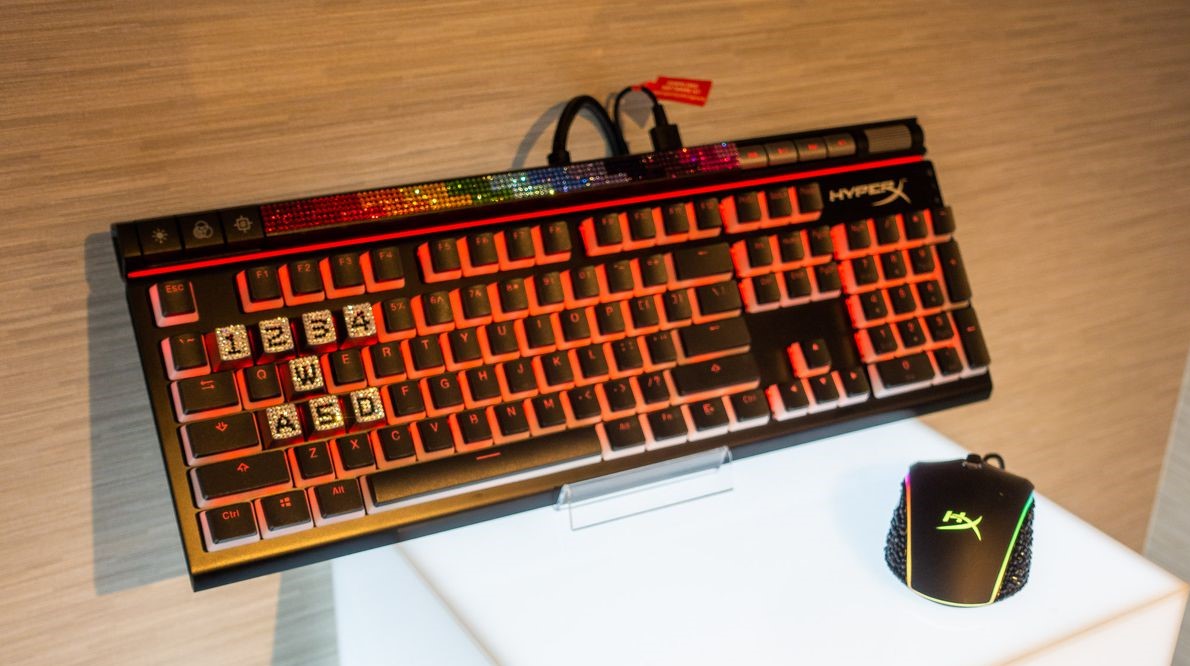 This year’s Computex has seen its share of interesting keyboards, including the gorgeous typewriter-inspired Azio Mechanical Keyboard, but if retro, with all its leather and wood is not your thing, you can opt for some sparkly bling instead, thanks to HyperX’s new Swarovski collaboration.

Yes, it’s not the first time a company opts to stick crystals on gadgets but each time it happens, it happens with a different design. Some of you might remember there’s an Xbox 360 Kinect out there that’s basically been submerged in Swarovski crystals as well as a 24K Gold and Swarovski-encrusted PS4 controller.

HyperX chose to focus on some accent touches instead and created a blinged-out keyboard and set them on the most important keys of the PC gamer’s life: the WASD quartet and the numbers 1 to 4 that rest above them.

If the keyboard is actually comfortable or not, we don’t really know, but the crystals might just offer the player an extra bit of grip, which is something some gamers might enjoy.

Colored crystals that make up a rainbow theme have been placed on the top side bar of the keyboard too, to further aid the aesthetic.

HyperX also added a matching headset and a mouse to accompany the keyboard and, while the crystals don’t really affect the users on the headset, the ones placed on the mouse might bring about a little discomfort, especially during long gaming sessions.

However, you won’t really have to worry about it: the gear was made specifically for the Computex 2019 and the company never had any plans to put it up for sale in the first place but, if it generates interest, they might end up considering it.

While the rest of us regular Johns and Janes out there might not be able to scrap up the money needed for blingy gaming peripherals, there’s been a lot of money being put into E-Sports in the past few years and I bet there’s at least one E-Sport player out there who would really be into this particular setup and be willing to pay for it.