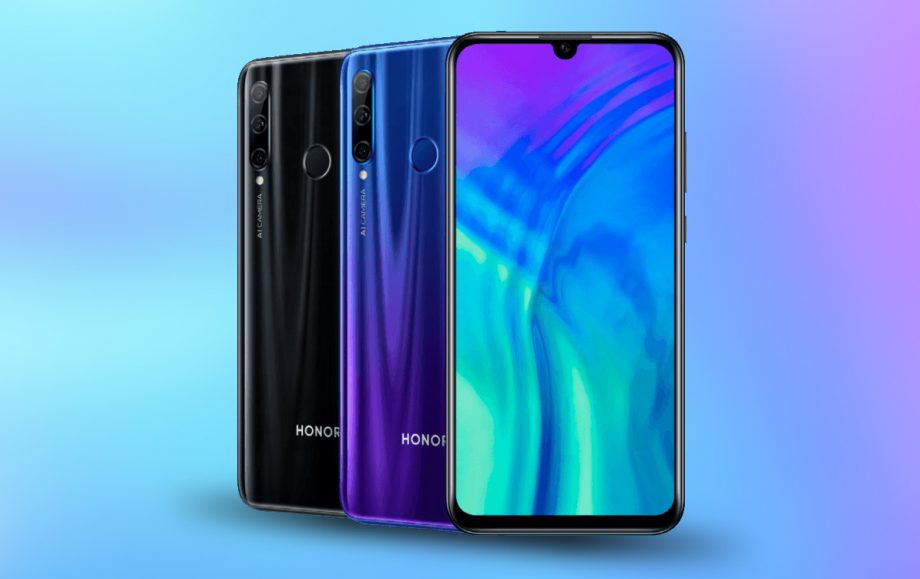 Huawei has revealed the Honor 20 Lite just recently – the phone has a
£249 price tag in the UK and has been released in the rest of Europe as well as India and other select countries in Southeast Asia.

The phone’s most prominent feature is its gradient color finish, which comes in Phantom Blue and Midnight Black. The Phantom Blue changes hue from purple to blue, depending on the angle but, as you can expect from a glossy phone, it will tend to attract fingerprints. But the finish is gorgeous so some compromises must be made, right?

It features a 3.5mm headphone jack, a fingerprint sensor and works with the EMUI 9.0, which is based on Android 9.

The selling points of this particular smartphone are its cameras: on the front, it holds a 32MP selfie napper with an f/2.0 aperture that also has an AI beautification mode. On the back, you’ll find three lenses in a 24MP + 8MP super wide angle + 2MP depth-assist sensor combination and 480fpd super slow motion capabilities.

The full Honor 20 series will be launched in London, on May 21st.